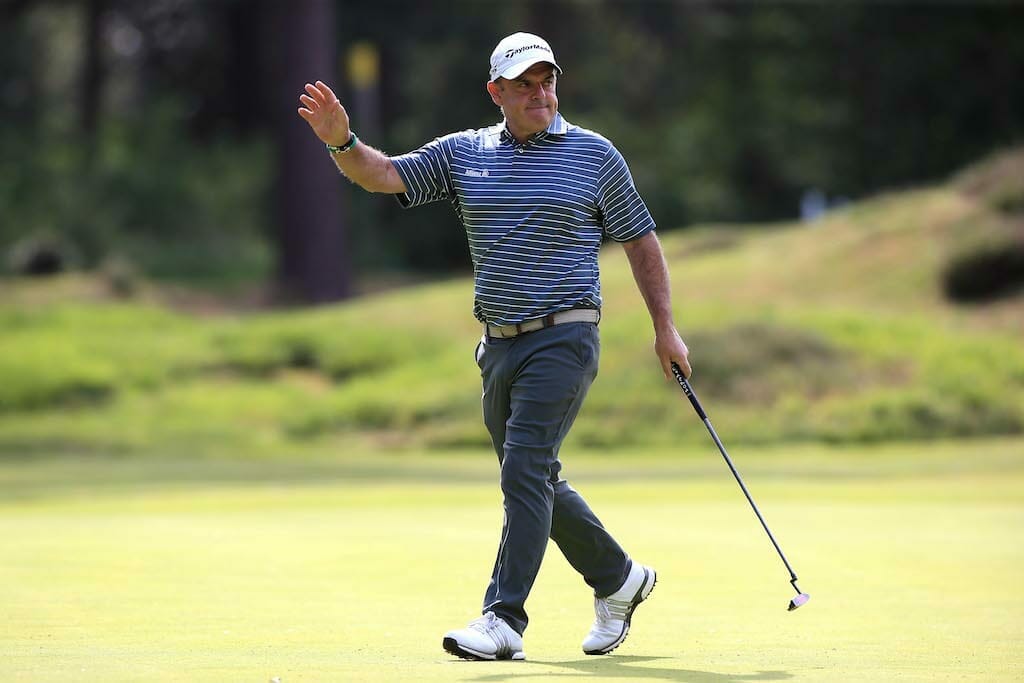 Former Ryder Cup captain Paul McGinley and 2005 US Open winner Michael Campbell will tee it up at the Staysure PGA Seniors Championship at Formby Golf Club and Formby Ladies Golf Club from August 24-28.

McGinley, who in 2014 became the first Irishman to captain the European Ryder Cup team, will continue his 2022 Legends Tour season in August at Formby, fresh off hosting the Irish Legends at Rosapenna Hotel & Golf Resort the previous week.

Joining McGinley in Merseyside will be Major winner Campbell – who famously won the US Open 17 years ago at Pinehurst by memorably holding off Tiger Woods over the closing holes – and defending champion Paul Broadhurst, who also won the 2016 Senior Open Championship and 2018 Senior PGA Championship.

The fourth Celebrity Series event of the season will also take place at the Staysure PGA Seniors Championship on Wednesday, August 24, with some familiar names from the world of football in attendance.

The 2022 Staysure PGA Seniors Championship will return to the venue where it was played in 2021 when Broadhurst took home the trophy, ending an almost three-year wait for a win. The Englishman won the event by one stroke, pipping compatriot John Bickerton and Frenchman Thomas Levet to the title.

Keith Mitchell, chief marketing officer for the Legends Tour, said: “We are delighted to be bringing the Legends Tour back to Formby for what promises to be an exciting week of golf. The course will offer a great challenge for not only the celebrities in attendance, but also for the strong list of players that have been confirmed for this year’s event.”

The Legends Tour still has limited places available to live the life of a golf ‘Legend’ in front of crowds and TV cameras in the Alliance Series and Celebrity Series at the stunning Formby Golf Club and Formby Ladies Golf Club, which is steeped in history and heritage. These experiences provide amateur golfers unrivalled once-in-a-lifetime opportunities to rub shoulders with the golfing greats.

There is still limited availability to watch the Legends in action at the weekend.