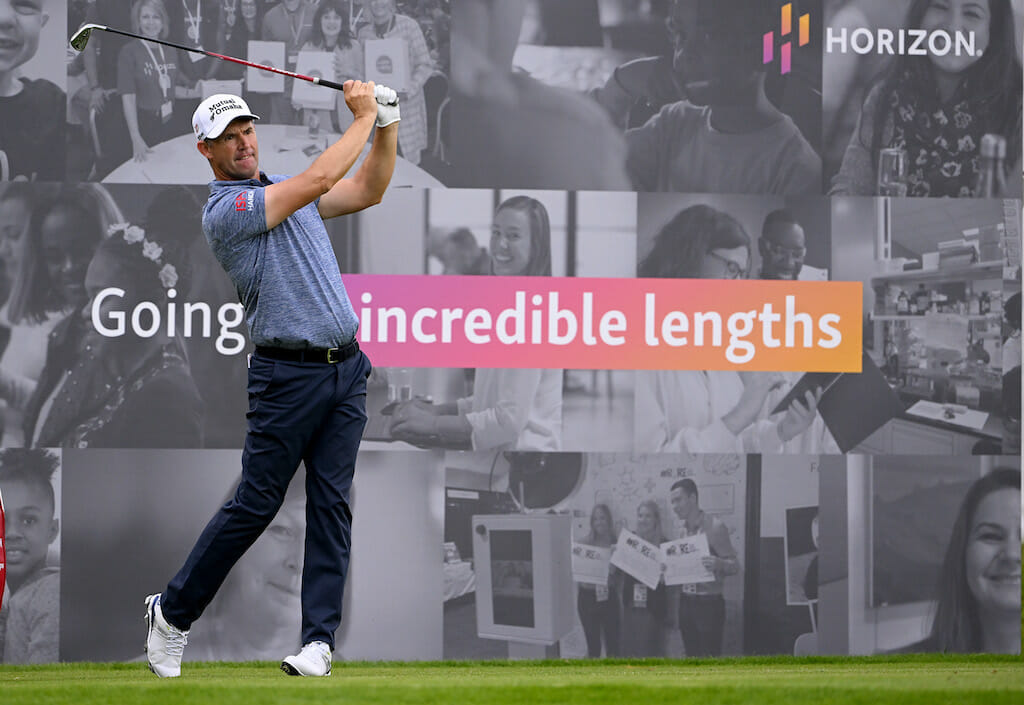 Pádraig Harrington is hopeful that the DP World Tour can have a bright future after a mandatory player meeting with Keith Pelley on Tuesday night.

The DP World and PGA Tours announced a strengthening of their alliance which will see the latter increase their stake in European Tour productions by 15 to 40 percent, guarantee prize fund growth and award the top-10 players on the Race to Dubai with PGA Tour cards.

Harrington, who expressed concern for the DP World Tour before the Zoom meeting with Pelley, has had some of his fears allayed and feels the expanded alliance can help Europe produce some top young players where they can develop their careers before making the permanent move Stateside.

“Europe looks like it has a very strong future, a strong future for its players, younger players, and a strong pathway to growing our games and build from there,” Harrington explained.

“It’s positive that they are thinking about themselves now and looking after themselves and working on themselves rather than necessarily the initial stuff where they go all the way back to the PGL and Saudi thing, was always about trying to, if anything, you go back down the moral line of the money and this, that and the other.

“Remember, everybody, depending on where you come from the in world, has a completely different idea. Your idea of what’s right and wrong is not my idea. We are all different and hugely depends on where you’re brought up and your cultures and things like that.

“It looks like the LIV Tour will go ahead and keep going for a number of years. It’s up to the PGA TOUR and The European Tour to have a very strong, viable alternative. Like the PGA TOUR is always going to be there, but Europe, as I said, looks like this will strengthen its ability to attract players and keep players going forward, which is so important.

“I think it seemed to me, as with last night, there’s going to be a pathway for young players.  There’s going to be support.  It looks like Europe is going to be somewhere that players will want to come and play and build their games, just like I did from ’96 to 2004, I played in Europe exclusively.  For probably about five of those years, I would have been eligible to go to the U.S.

“I see in this announcement that young players, if you don’t want to go to the college system, because it’s quite different. If you’re a European going to a U.S. college, it’s a significant change in your life. They can come to The European Tour and in some ways, see a future, a pathway, being minded, be protected in a comfortable environment and they are not getting thrown in in the deep end too quickly, and grow and develop their games.”

As it stands it doesn’t look like the Irish Open will mirror the Scottish Open in becoming co-sanctioned with the PGA Tour but Harrington believes that the DP World Tour will start to prioritise its historical events by hosting them on premier golf courses and offering top class hotels which will attract more of Europe’s top players to come over from the PGA Tour.

“The Irish Open will always be here to stay and a big event in its own right,” he said.

“I know myself, I remember going back to Europe, 2016, 2017, I did a run of tournaments, Crans, Hamburg, Amsterdam, London. I said, wow, geez, like four great events, venues.  It was fantastic. In terms of enjoying events and enjoying golf, it was an eye-opener; there is a lot more to golf, especially you get older and on with it, you want to enjoy it. Believe it or not, guys, you actually want to stay in a nice hotel.

“I think the idea of the PGA TOUR and The European Tour are kind of looking as their road to go down with this idea that there is more to golf. The legacy of golf is there, and you know, let’s play great events, great opens.

“The golf courses can be great but they can be average, and like we know with The Irish Open is a perfect example. It built its reputation by being a great event to come to and enjoy the event no matter how we played. That was the secret to our success.  es, you come and play a great golf course.  es, if you play well it’s a great event but you’re going to enjoy yourself no matter what.”

The 2007 Irish Open winner arrives fresh off a superb maiden Senior US Open victory last week and has been placed in one of the marquee groups for the opening two rounds where he will tee off alongside Thomas Pieters and defending champion Lucas Herbert at 1pm from the first tee.