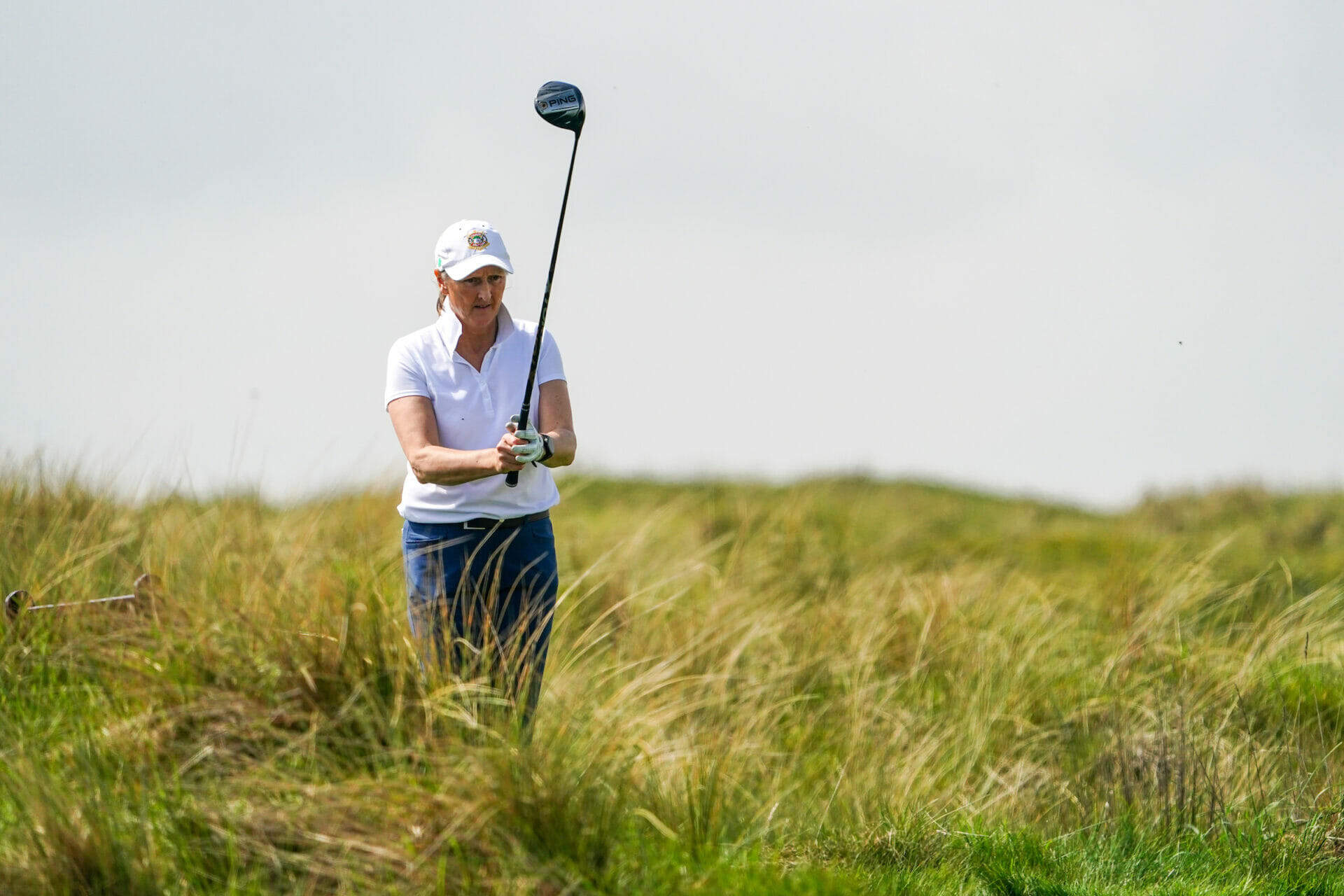 A closing birdie gave Deirde Smith a four-stroke lead after the opening round of the Irish Senior Women’s Amateur Close Championship while Joe Lyons leads by the narrowest of margins in the Irish Senior Men’s with both championships being played in Thurles Golf Club.

In conditions akin to February rather than the end of June both players excelled on the opening day that brought all four seasons at times.

Smith of Co. Louth Golf Club’s first round was bookended by birdies while she added a third gain on the 8th hole and dropped just two shots in a very steady opening effort.

Dooks Tracy Eakin is her closest challenger after a three-over 76.

Eakin got off to the ideal start with an opening birdie but five bogeys in her next ten holes had her on the ropes before playing her last six holes in one-under with a birdie on the par-3 14th.

Grange’s Sheena McElroy is a shot further behind Eakin, with 2021 champion Carol Wickham in a tie for 6th on +6 with former champion Laura Webb.

The top-16 after Round 2 in the Women’s Close will advance to the Matchplay section of the competition.

The Galway native played his next thirteen holes in one-under with a birdie coming on the 13th as he moved to three-under to lead Greystones Alan Condren by one.

Condren recovered from an opening bogey to post three unanswered birdies on the fifth, eleventh and fifteenth to move into second place on two-under after a 70.

Lyons and Condren were the only players to shoot under-par on day one of the men’s section while there is a logjam at level-par with five players in a share of third after 72s.

Local player Kieran Kennedy is a shot further back after a one-over 73 while 2021 champion Karl Bornemann is in a tie for 18th, on +3, with the top-16 after Round 2 advancing to the Matchplay section of the competition.