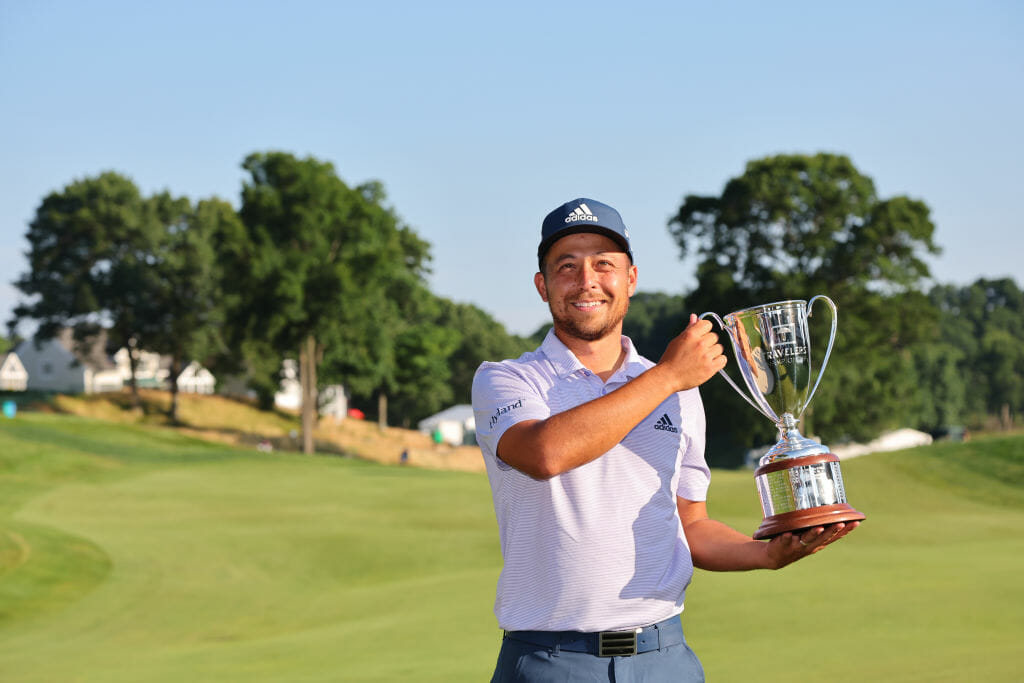 A weekend that promised much ultimately led to very little for Rory McIlroy and Seamus Power at the Travelers Championship as both failed to threaten the upper echelons of the leaderboard.

There was high drama at the top as Xander Schauffele walked back into the winners circle on the PGA Tour for the first time since 2020 after Sahith Theegala suffered more late heartbreak on a Sunday afternoon.

McIlroy did at least finish with a flourish at TPC River Highlands and will head back to Ireland to prepare for the Open Championship at St Andrews and the Holywood native came home in 31 with four birdies on his back nine for a final round of 67 as he signed for a nine-under total and a share of 19th place.

Meanwhile Power began the weekend at eight-under but failed to make any inroads into the lead and two rounds of level-par 70 saw him finish on that mark in 25th.

The Waterford native will have a slight pep in his step though heading to Mount Juliet this week after he finished with three birdies in his last six holes to salvage his round after the 34-year-old was three-over for the day after 12 holes but showed some resilience coming in.

It looked as if Theegala was going to notch his first PGA Tour victory when he soared to the top of the leader board with a stunning birdie on 17 after finding a divot off the tee.

However, like in Phoenix there was agony lying in wait, this time in the form of a fairway bunker. It took two bites of the cherry for Theegala to escape the trap and he eventually signed for a double-bogey in another gutwrenching finish, to drop to –17 alongside JT Poston.

The 24-year-old will surely be wondering what he has to do to break into the winners circle after a freakish bounce on the 17th put paid to his Waste Management Phoenix Open chances and on Sunday he was stuck under the lip of a fairway bunker before his bogey putt cruelly lipped out.

“But just going to grow from it. I’m playing so — I feel like I’m playing really well and if I just keep doing the same, keep loving the game. I love the process. I’ve never loved it more than I have now.

“So, yeah, I’m just I’m really excited to see if I can do it again, keep putting myself in these positions.”

Schauffele, who was searching for his first win since claiming Olympic Gold, had dropped to eighteen-under after a bogey on twelve and while he was relishing playing with close friend Patrick Cantlay it seemed they were both dragging each other down as Cantlay had a nightmare.

However, the former world number four rallied and hit a superb second shot to two-feet on 18 for a routine closing birdie and a two-shot win after a 68.

“Yeah, I like to talk to my team a lot about how I’m feeling week-to-week,” commented Schauffele.

“It’s been a year where my stats have been very solid. Just haven’t really put in four good rounds of golf. So I think subconsciously or without myself even really knowing, I was getting a little impatient. And this week I was just trying to be as aware, self aware as possible to just stay as patient as possible. Just realize that I put the work in and if I can just sort of do what I’ve been doing and just focus a little bit more throughout the day that it will pay off in a big way and fortunately it did.”

The now six-time PGA Tour winner was standing in the 18th fairway as Theegala agonizingly collapsed to his knees on the green but he remained calm and made sure to concentrate on doing his job.

“I think I focused a little bit more. I was expecting him to par or birdie. He hits it a really long way. So if he hit it down the fairway he would have had a lob wedge in as well.

“I knew the 18th hole is, even though it’s downwind, that left bunker is dangerous, as we saw. The right rough is probably the thickest on the property. So if for whatever reason you don’t hit a great tee shot there you’re trying to play for par. With the greens being firm and crusty you just never know what can happen.

“So I really just tried to worry about myself and the task at hand and I think Austin and I did a really good job of that.”