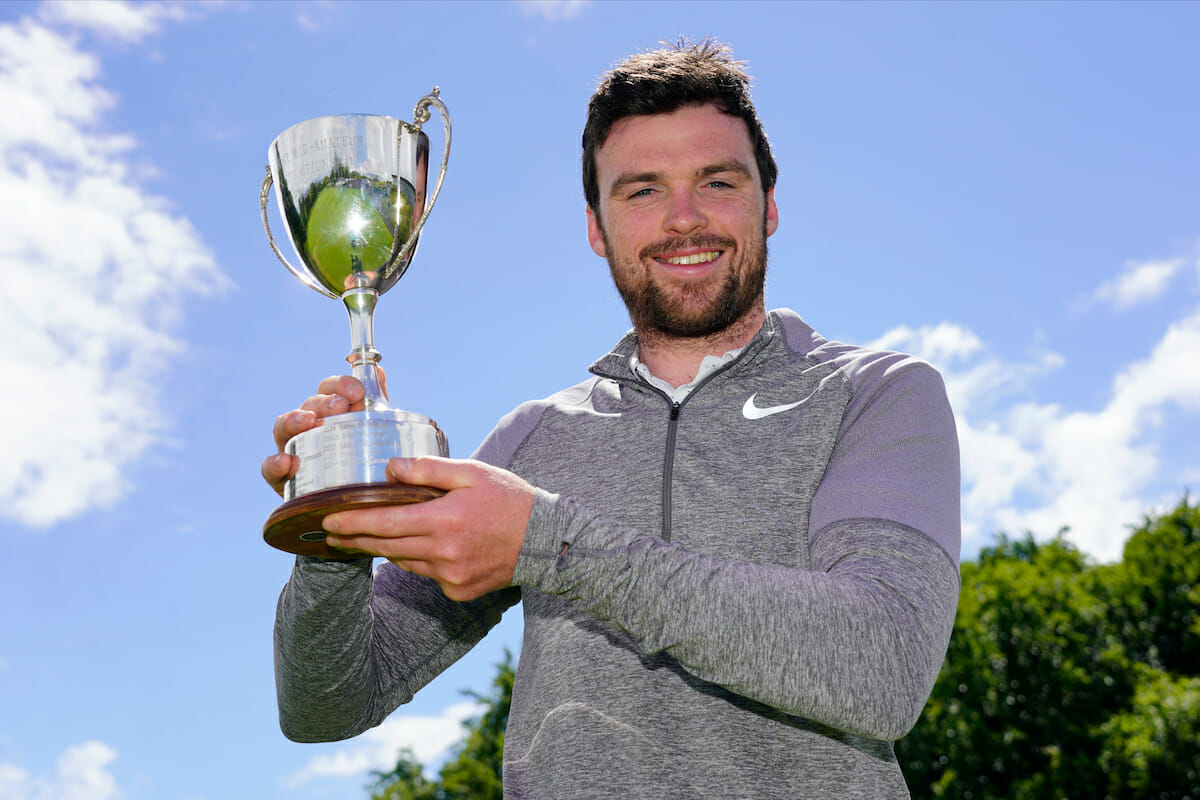 Boggan looked on course to victory with a comfortable four shot lead going into the 8th hole after birdying the third and seventh holes. Shiel’s back nine performance proved decisive on the day with birdies on the 12th and 14th keeping him in strong contention throughout, finishing the tournament with a score of 224.

Ciaran Boggan of Co. Meath Golf Club was unable to maintain his form with two bogeys and a disastrous quadruple bogey on the final four holes only able to ensure him a second-place finish on a total of +13 with a 226 final score. Roy O’Riordan of Fermoy finished up the day in 3rd place after a countback, on +15 along with David Joyce (228), who also represented Powerscourt Golf Club. Thomas O’Connor, Athlone Golf Club Captain, showed his experience on his home course after being awarded the best individual round gross over the weekend with a score of 72.

Shiel was delighted to receive the trophy after experiencing “extremely testing conditions” on the shores of Lough Ree in Athlone. Shiel was left disappointed after his scoring in the first two rounds but made sure his main objective was “to make sure I leave with a chance for today.” Shiel felt he was able to manage the adverse conditions because of the challenging conditions he has faced in this season’s tournaments. “We’ve had enough practice over the last month and a half in the tough conditions, so I guess that helped.”