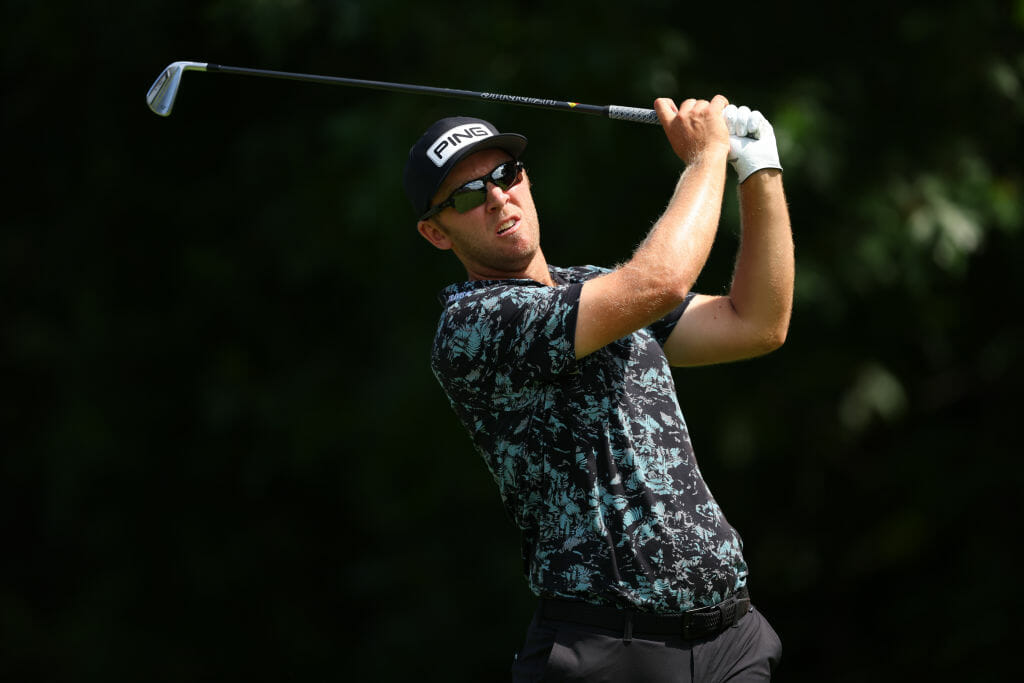 Seamus Power is playing with a freedom he never had before and it showed in his second round at the Travelers Championship as he roared into contention with a five-under 65 a TPC River Highlands.

Power is eight-under overall and is in a share of sixth place, one shot off the lead at the time of writing.

The 34-year-old started rapidly with four birdies in six holes before a bogey on 7 saw him turn in 32. The back nine was less eventful but he topped his round off with birdies on 13 and 15 where he almost held out for eagle.

When the Waterford native teed it up in this event last year he was 327th in the world. Now he is 36th in the world and has registered nine top-10s including his maiden PGA Tour win. With his PGA Tour future comfortably secured at this stage of the season he is relishing an enjoyable summer of golf that will include a return to home soil for the Horizon Irish Open next week in Mount Juliet when in previous years he has had to skip it to try and preserve his PGA TOUR playing rights.

“Yeah, the game feels great,” said Power. “That’s the fun part. It’s probably my first year on TOUR where at this time of the year I’m in a really good spot, not worried about Top 125 and all that sort of stuff. That definitely helps, just easier to play a little freer, and that’s showing in some of my scores.

“Yeah, it’s a fun stretch. I had U.S. Open last week, I’ve always loved this golf course, and then going and playing the Irish Open next week and then the Open after that. It’s going to be a great stretch of golf, and I’m looking forward to it, and hopefully I can keep it up over the weekend.”

The Tooraneena man had to come through Monday Qualifying for last year’s Travelers Championship en route to a T-19 a fortnight after a top-10 at the Byron Nelson which proved the catalyst for a fabulous run this time last year of six successive top-19 finishes and a win.

Power feels he always had the ability but it was just about getting the opportunities to build momentum each week.

“I don’t know if my life has changed. Obviously I’m playing better golf. I can set up my schedule the way I want, which is huge. Obviously I don’t have to play the Monday qualifiers, which is nice.

“Yeah, look, I was in the middle of a great run of golf last summer but I wasn’t getting the opportunities that I needed, and this was kind of a start of a good stretch for me. I Mondayed in here, then played well in Detroit, John Deere, then I got a win at Barbasol. That’s golf. It’s a game of momentum, it’s a game of confidence. Even from a Monday qualifier like that, you can get a lot of confidence. I’ve been able to keep it up most of the season so far.

“I mean, the coolest thing is you can always say you’re a winner on the PGA TOUR. That’s not something I say lightly. That’s something you dream of growing up. Yeah, to be able to do that and — you always believe you can do it but obviously to do it and have it in the resume, it’s a huge boost of confidence.

“You’re still looking to bigger and better things, but obviously that’s a great place to start, and it’s something I’ll remember forever.”