McIlroy fast out of the blocks at Travelers Championship 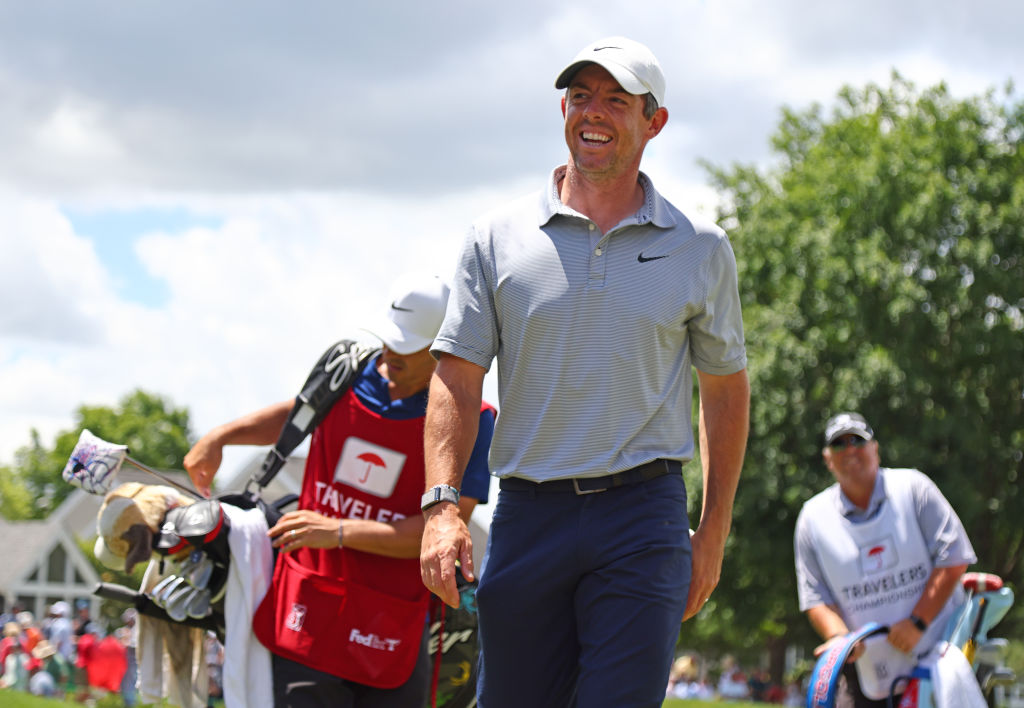 Rory McIlroy didn’t suffer any of the fatigue he had been worried about as he started his fourth tournament in as many weeks and shot out of the blocks with a blistering eight-under par, 62 to share the lead at the Travelers Championship.

Coming off the back of a Major and of course all the non-PGA Tour questions abounding at present, McIlroy tying his lowest opening round record (previous low was also a 62 in 2018 at the BMW Championships where he finished 5th) was a superb start.

“I flew back down to Florida for a day, spent the night in my own bed, flew back up Tuesday, didn’t come to the course, and then yesterday playing the pro-am in the rain wasn’t really great preparation, but I feel — I played well at Brookline. I’m not going to lose it in two days. I knew my game was good.

“I think at this point it’s just — energy levels are okay. I’m feeling a little under the weather, but it’s just concentration at this point. I’ve got three more rounds left until I have a couple of weeks off and prepare for the Open Championship. I’m going to put everything into those three rounds.”

McIlroy started on the back nine and after some excellent approach play grabbed birdies on 13 and 15 before a superb second shot to the 18th left him with 9 feet for birdie and he made the turn in 32 (-3).

He continued the birdie train onto the front nine and bagged another at the 1st as he hit his approach to 7-feet. He followed that up on the 3rd after a 309 yard drive and another good approach to 12 feet leaving him on 5-under for the round to that point.

The 6th and 7th yielded more birdies for McIlroy before he closed out with a 332 yard drive on the 9th, his 18th,  which left him a mere 44 yards to the pin. He clipped it to 21 inches and bounced off to the scorers hut.

“Anytime you start with a 62, you’re going to take it,” commented McIlroy.

“I feel like the start I got off to was sort of slow in a way. I birdied the two holes on the back nine that you should, 13 and 15, and then made a nice one on 18 to turn in 3-under par. Then once I got going on the front side there, that’s when I started to really feel it and started to hole some putts and hit some quality shots.

“I had to get it up-and-down a couple times, but overall a really good round of golf and a great start.”

There was more good news for Ireland too with Seamus Power carding an opening round of 67 to sit in T15 position, just five shots off the pace after round one as he carded four birdies and just the one bogey in his round.

Given the buzz around golf in recent weeks, McIlroy was asked if some of the players are trying to prove themselves and the PGA Tour with their play.

“I don’t think so. I just think it so happens that the most protective of the PGA TOUR are the best players in the world right now,” he said.

“I’m not going out to try to prove anything to anyone. I’m in a good run of form. I’m playing well. Whether that gives me a little more confidence to speak up on certain issues, maybe. But I’m just going out there trying to play my game and trying to win some more tournaments. “

And as for the PGA Tour’s response to recent developments McIlroy was bullish when asked if he thinks the new opportunities announced this week will make a difference for players on the fence about staying.

“Yeah, I think so. As he (Jay Monahan) said, there’s only one reason that the guys are going to the other side, and it’s because they have an opportunity to make more money. Even though Scottie Scheffler has made $13 million this season and it’s only June. There’s opportunities to make a lot of money out here.

“But like everything always has been in golf, it has to be earned. I think we appreciate that as players, and I think the people that watch us appreciate that, that again, we all start at zero at the start of next week and we all go again.

“But I think some of these changes to the schedule and some of these increases in prize funds, I’m sure it’ll have some guys that were thinking about it to think twice and maybe reconsider their decision.”