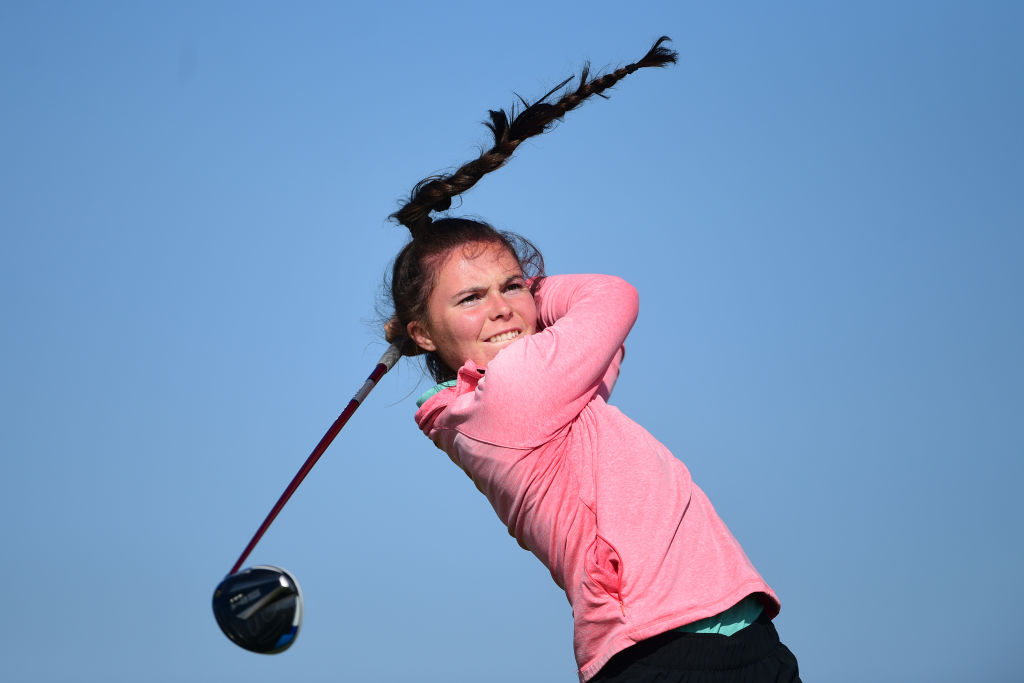 Beth Coulter’s Women’s Amateur campaign came to a halt in the second round of the matchplay as she went down 2&1 to England’s Jessica Baker.

The championship reached the last-32 stage at Hunstanton with Coulter paired against the Gosforth Park golfer but the Englishwoman proved too strong for the Kirkistown native.

Coulter who won the Irish Women’s Close Championship last week had seen off Switzerland’s Natalie Armbruester in Wednesday’s last-64 tie but she will go no further this week.

The 18-year-old reached the final of the Girls Amateur Championship last year where she was beaten by Scotland’s Hannah Darling and the Scot is firmly in the hunt for a historic treble having progressed through to Friday’s quarter-finals. She is also bidding to become the first player to win the R&A Girls’ U16, Girls’ Amateur and Women’s Amateur titles and booked her spot in the last eight after defeating Celina Sattelkau 3&1.

Darling, who recently represented Great Britain and Ireland in the Curtis Cup at Merion, had earlier beaten another German, Viktoria Maria Hund, in the last-32 by 4&3. Darling now meets Alessandra Fanali from Italy in the quarter-finals, who was a 2&1 winner over Isabella Fierro.

“It’s always nice when you advance and you get a step closer. But there’s a lot of work left to do and I’m excited with what’s to come. I played really steady this morning and made a few more mistakes this afternoon but I’m thoroughly comfortable out on the course and I’m enough with how I’m playing.”

World number two Ingrid Lindblad crashed out after a defeat to fellow Swede, Louise Rydqvist. Rydqvist made four birdies en route to going four up at the turn and she withstood Lindblad’s comeback to win by two holes.

I feel absolutely great. It was tough out there in the afternoon. It was fun playing with Ingrid, she’s a teammate of mine. We know each other pretty well. I see her around in the US, too, since we both play college golf. She’s absolutely a great golfer which everybody knows.“It’s exciting tomorrow.

“I’ve never really been on a live broadcast before so it will be a new experience and I guess it will be a lot of fun. I’m looking forward to it.”