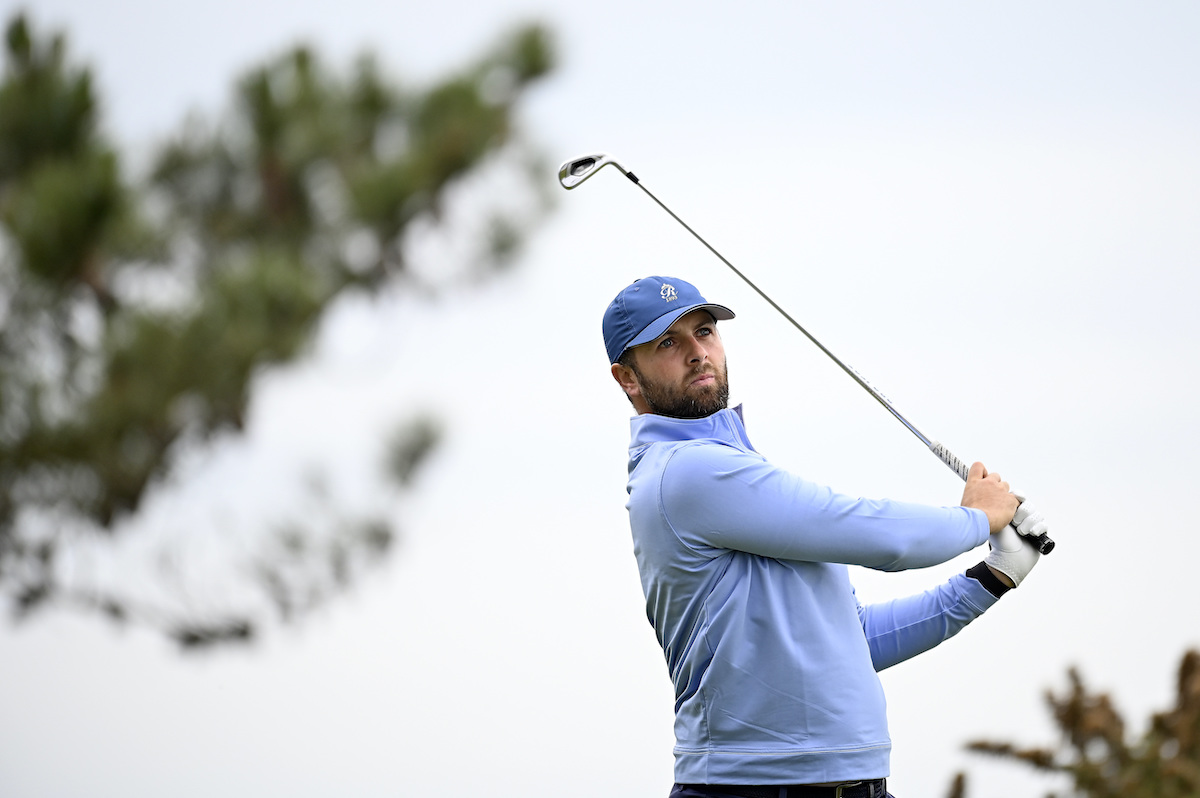 Ruaidhri McGee will take a three-stroke lead into day two of the Blot Open de Bretagne after posting a nine under par opening round of 61 at Golf Blue Green de Pléneuf Val André.

McGee decided to take a break from competitive golf after the Covid-19 pandemic and made his first appearance on the European Challenge Tour for almost two years at the Empordà Challenge earlier this month, where he recorded a top 20 finish.

The 31-year-old recently moved to Florida in the United States and although he hasn’t been playing golf competively, he has still found the time to fine tune his skills on the course.

“I’m delighted with my round today,” he said. “I haven’t been playing competitively for a couple of years now and this is only my second Challenge Tour event of the season.

“Due to Covid I decided to take a break from the professional game and went to live out in the United States and that’s where I’ve been for the last year and a half. I wasn’t able to travel into Europe but it’s nice to be back.

“I’ve probably played more golf being in Florida than I would have back at home. I’ve been playing everyday and sometimes getting in 36 holes which has helped.”

McGee was delighted to make two eagles in his first eight holes in Brittany and believes the links-style course, where accuracy off the tee is paramount, is well suited to his game.

“It was a great feeling to get two eagles,” he said. “The 11th hole was a short par five and I made the most of it. On the 17th I holed out from the fairway with a wedge which was a nice surprise.

“I like the course because you have to hit it straight and that suits my game. You need to be pretty accurate with your approach shots and then you can make birdies.”

Of Ireland’s other protagonists, Robin Dawson is T14 after a round of 67 (-3), Dermot McElroy is T51 on level par with Paul McBride and Gavin Moynihan one shot further back and Tom McKibbin on two over par.

The second round of the Blot Open de Bretagne will begin at 8:00am local time, with McGee teeing it up alongside Englishman Todd Clements and home favourite Adrien Saddier at 2:00pm