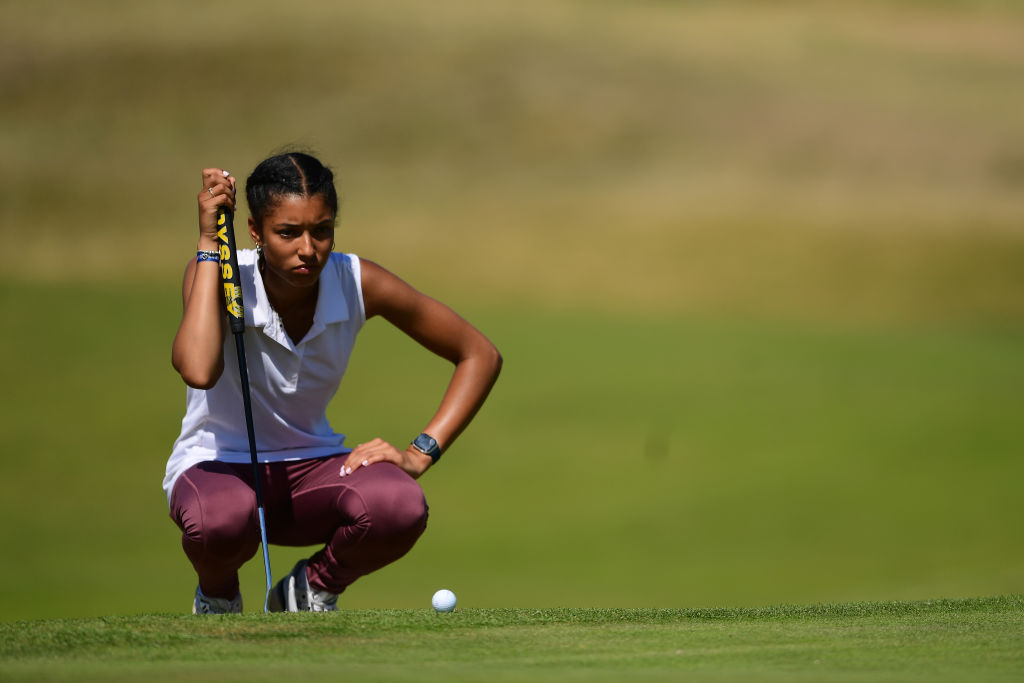 Roisin Scanlon and Beth Coulter will fly the Irish flag in the last-64 of the Women’s Amateur Championship after both players survived the 36-hole strokeplay qualifying at Hunstanton.

Scanlon who plays out of Woburn Golf Club in England led the Irish charge after the opening round on Monday after a four-under 69 and she progressed at her ease despite a one-over 74.

Scanlon qualified for the matchplay stages in fourteenth place on three-under-par while Irish Close champion Coulter qualified two shots further back on one-under after a 74 of her own.

The Kirkistown native is in the knockout stages for the second year in succession.

The 18-year-old will be a force to be reckoned with this week and she has form in this format having reached the final of the Girls Amateur Championship last year, losing out to Hannah Darling.

Darling who made her Walker Cup debut a fortnight ago is also safely through after a four-under 69 gave her a five-under total.

Lauren Walsh and defending champion Louise Duncan were unable to dust themselves down after their Curtis Cup exploits and both missed the cut on three-over.

Castlewarden’s Walsh carded a one-over 74 in her second round that included three bogeys in her last four holes.

Caley McGinty also failed to make the top-64 on three-over.

Lahinch’s Aine Donegan carded a disappointing four-over 77 to miss the cut on that mark while Anna Foster last year’s quarter-finalist Kate Lanigan, Aideen Walsh and Sara Byrne all saw their championships come to an end.

Canice Screene who plays out of Croham Hurst shot a seven-over 80 to miss the cut on eight-over while Rebekah Gardner withdrew.

World number two Ingrid Lindblad, 2020 finalist Annabell Fuller and Curtis Cup teammate Amelia Jane Williamson are all through to the matchplay stages while Japan’s Yamashita, Ami and Italian Paltrinieri, Emilie Alba were both leading on eight-under.