Keeling dazzles with 65 to breeze through regional Open Championship qualifier 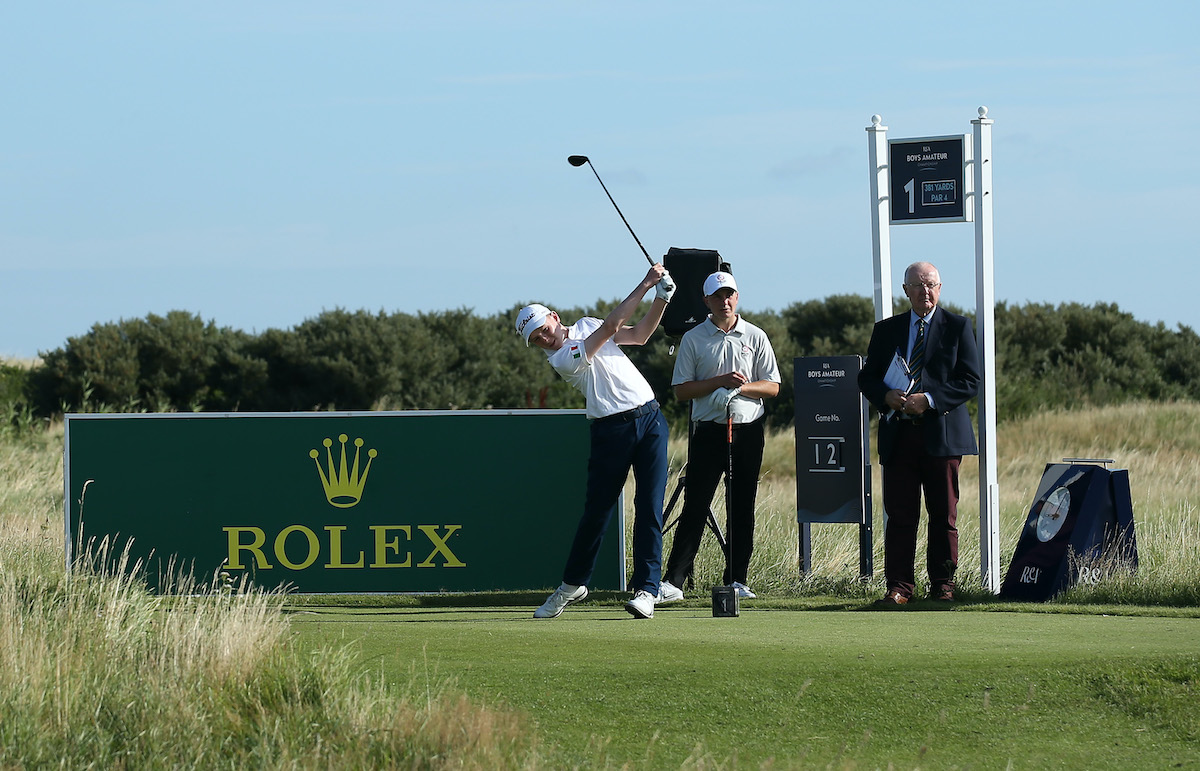 Sean Keeling topped the Regional Qualifier for the 150th Open Championship at St Andrews with a sensational round of 65 at Co. Louth Golf Club on Monday.

Action took place across fifteen qualifying venues with Baltray playing host as the Irish venue. There were three holes in one across the day but it was fifteen-year-old sensation Keeling who made everybody stand up and take notice.

The Roganstown starlet finished on seven-under and he will progress to the Final Qualifier in Rosapenna.

Keeling will also be joined by Castle’s Robert Moran, Ruaidhrí McGee and Thomas Abom of Edmondstown who qualified automatically.

Moran shot a five-under 67 while McGee continued his good form after a 62 on the Challenge Tour with a fine effort of four-under 68. Abom was a shot further back in fourth position.

After a day of high drama it was Grehan, Hickey, McCarroll and Rice who advanced to Final Qualifying.

Paul Dunne burst onto the scene at the 2015 Open Championship, the last time it was held at the Old Course. The Greystones native was the 54-hole leader as an amateur the year Zach Johnson went on to lift the Claret Jug.

The 2017 British Masters champion finished a shot outside the playoff after a one-under 71.

Paul Mc Bride (level) and Robin Dawson (+2) were other notable names to bow out while 2019 Amateur Champion James Sugrue was disqualified.