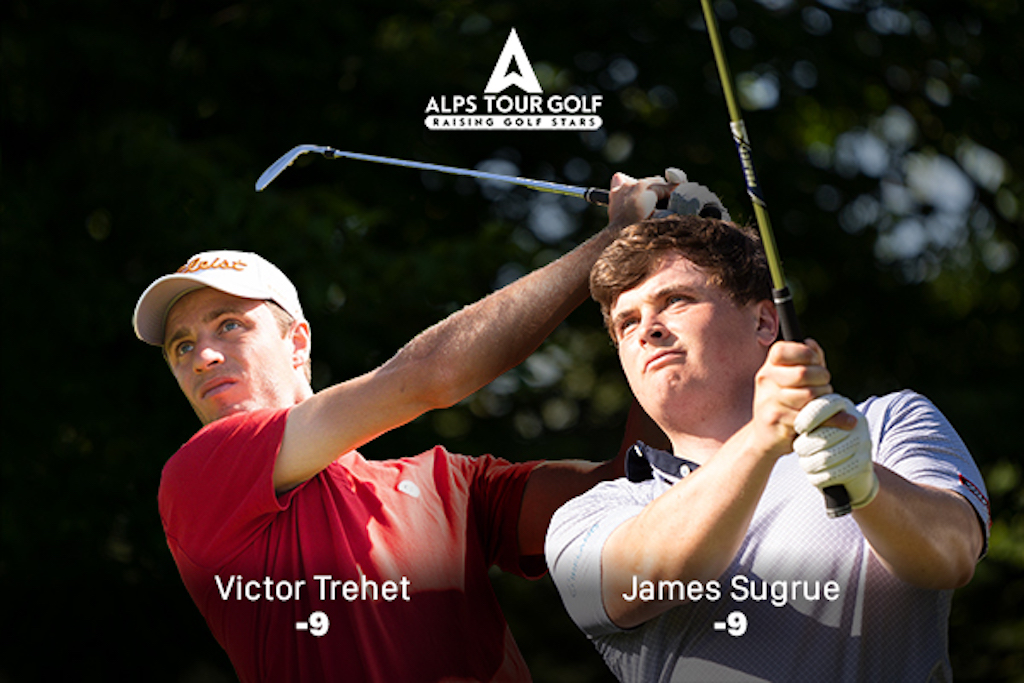 A birdie at his final hole means Mallow’s James Sugrue will hold a share of the lead going into the final round of the Open de la Mirabelle d’Or as he goes in search of his first Alps Tour victory.

The 23-year-old carded seven birdies and just one bogey in a six-under 64 at Golf de la Grange aux Ormes to move up to nine-under-par, and he will share top spot with France’s Victor Trehet going into the final day.

Having started at the par-five 10th, a birdie at his opening hole was cancelled out by his only bogey at the par-four 13th, but after that he was flawless as birdies dropped at the 15th, 17th and 18th, and after the turn he added shots at the fourth and fifth.

His closing birdie at the par-four ninth moved him into a tie for the lead alongside Trehet, who signed for a four-under 66 to hold the clubhouse lead that Sugrue matched, and the pair will form the final group on Sunday.

Sugrue was understandably pleased after his round, “I played very nice today, it was only 3 shots better than yesterday but I played much better.

“The course was playing very similar to yesterday for me. A win would be great but I’m not going to think about it too much.  I’m just going to go out and play my game and see what happens at the end of the round.”

They had company in the Netherlands’ Vince van Veen, but he bogeyed his final hole to settle for a 64 that has him in a five-way tie for third just a stroke behind at eight-under-par on a packed leaderboard, with another seven players at seven-under and still in with a shot.

Sugrue will be the only Irishman competing in the final round, though, as the rest of the local contingent fell short of the three-under cut line in Metz.

Gary Hurley came closest as he finished two shots too many as three birdies, a bogey and a double-bogey saw him end his tournament with a level-par 72 and at one-under for the week, while Naas’ Jonathan Yates had started in a good position at two-under but had five bogeys and one birdie in a 74 that meant he dropped to two-over.

Meanwhile, Simon Bryan had another tough day as he signed for a bogey, two double-bogeys and a triple in a six-over 76 that meant he ended the tournament 10-over-par.