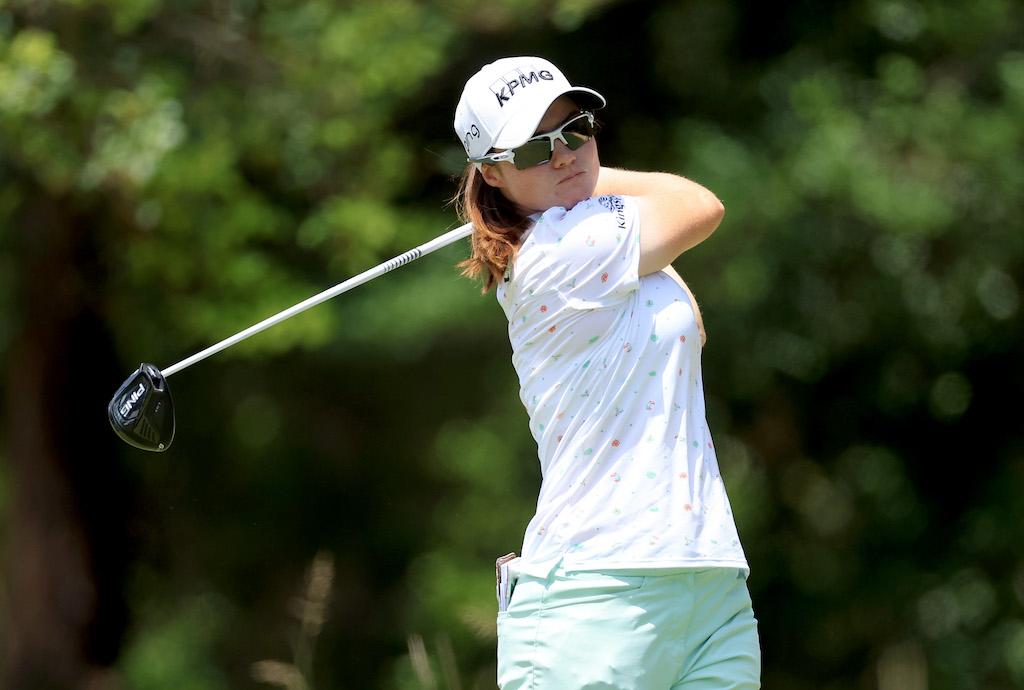 Leona Maguire will be looking to keep her momentum going this week at the Shoprite LPGA Classic in Seaview, Galloway with the KPMG PGA Championship just a fortnight away.

Maguire arrested a run of three successive missed cuts with her best finish at a Women’s US Open as she secured an 8th place finish and pocketed the biggest cheque of her career, a cool $261,000. It was a week she hailed as “progress” and it was the second top-10 in her last four major championship starts.

It was the Cavan native’s first top-10 since her maiden LPGA Tour win in February and she has been handed a tasty group this week alongside world number one Jin Young Ko and New Zealander Lydia Ko.

28-year-old Frenchwoman Celine Boutier is the defending champion this week with her face emblazoned on tickets and adverts surrounding the event. Boutier is a modest individual and it is something she has had to get used to this week.

“It’s really cool to see that even a lot of people recognise me,” she said. “It’s kind of weird to see also my faces in the ShopRite stores. I feel like they really embraced my win. I mean, it’s been pretty nice.”

The Solheim Cup star came from five behind to ambush Jin Young-Ko and Inbee Park with a final round 63 in the 54-hole event.

“I just remember a lot of the putts that I made especially. It was kind of funny because I normally don’t really think about that stuff and I don’t really remember much about my shots in general, like the courses and stuff,” said Boutier. “But yesterday I played the front and I just like could remember the putts that I made and like just the shots that I had on the last round, which was kind of fun. It was pretty nice round and just overall just pretty good memories.”

While Australian veteran Karrie Webb is clearly winding down her LPGA Tour career she will be making her 17th appearance in this event and her first since January and she has never missed a cut here in New Jersey and picked up the trophy in 2013.

The World Golf Hall of Fame member who has 41 LPGA Tour wins hopes for some windy conditions as she plots her 42nd title.

“I’ve played it a lot,” she said. “I know how to play this course in the wind, so I hope it’s windy for the three days that we play. And I think the length that it is, it doesn’t disadvantage me that the girls are now hitting it 30 past me because there are only a couple holes that will take effect. It is a course I think I can be competitive on.”