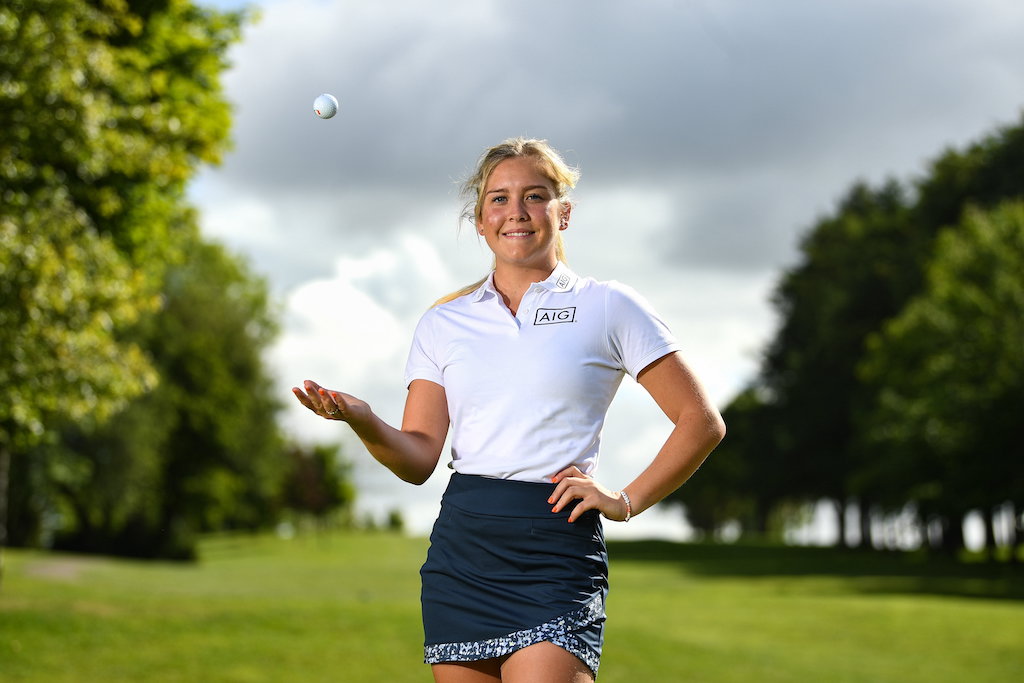 The finest women amateur golfers in Ireland will tee off at Grange Golf Club in Dublin on Saturday, June 11 in the AIG Irish Women’s Amateur Close Championship, with the winner crowned on Tuesday, June 14.

AIG is a proud partner of Golf Ireland. This partnership shows AIG’s longstanding commitment to promoting and supporting both women’s sport and Irish golf. AIG also sponsors a number of other prominent Golf Ireland tournaments and competitions, including the AIG Men’s Irish Amateur Close Championship, which takes place in August. AIG are also the long-standing sponsor of the biggest amateur golf competition in Ireland, the AIG Men’s and Women’s Cups and Shields tournaments that involves every club across Ireland.

The AIG Irish Women’s Amateur Close Championship will be contested by 72 of the country’s top women’s amateur players. Among those in the field is 2018 champion Sarah Byrne, who was pictured at her home course in Douglas, County Cork, as she prepares for the competition.

AIG has been a long-time champion for women’s sport both in Ireland and globally, helping to prove that the effort, commitment and dedication of leading sportswomen is equal to that of their male counterparts.

Speaking from Douglas, Byrne said she was looking forward to playing on home soil, after completing her second year at the University of Miami, in Florida.

“It’s great to be home, and to get back into the swing of things. I had a bit of break when I came home. The AIG Irish Women’s Amateur Close Championship is a great event. I cant wait to go play it now, and get back into competitive golf at home.”

Commenting on the announcement, Aidan Connaughton, General Manager at AIG Ireland said; “AIG is delighted to partner with Golf Ireland and to sponsor the AIG Irish Women’s Amateur Close Championship again in 2022. We have proudly supported Irish amateur golf for more than 20 years, supporting the men’s and women’s game equally, which reflects our core brand beliefs in diversity, equality and inclusion. Golf is a sport that is embedded in communities right across the island of Ireland and we are dedicated to serving the communities our customers live in.”

Mark Kennelly, Chief Executive at Golf Ireland said; “This week’s event begins a busy period for our AIG-sponsored competitions. The Men’s Close will quickly follow this weekend’s Women’s Close where our elite women’s golfers will be competing, before the All-Ireland Cups and Shields Inter-Club Finals take over in August and September. AIG have supported Irish amateur golf for well over two decades, and we look forward to continuing this strong and close relationship.”