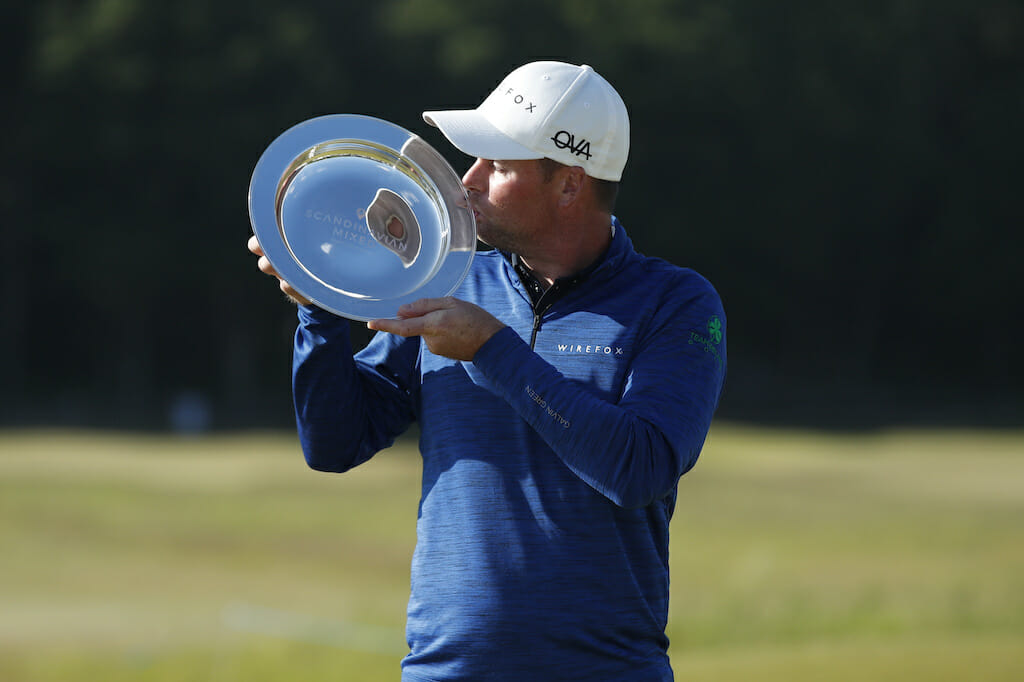 Jonathan Caldwell is hoping a return to the country of his maiden DP World Tour victory can spark an upturn in form as he defends his title at the Scandinavian Mixed this week.

Since winning the inaugural event in Sweden twelve months ago, Caldwell is yet to post a top-10 with his best finish coming last season where he finished T-26th.

The Clandeboye native has had a dismal 2022 season so far, making just three of fourteen cuts but golf is a funny game and often a return to a happy hunting ground can be the catalyst for a revival.

“I am feeling good,” he said. “I would like my form to be a bit better but hopefully I can remember the good vibes from last year and find my game this week.

“Obviously lots of satisfaction. It was a dream come true from being a small kid at home, to then win on Tour, to do it and feel that, not the relief but the excitement of winning and knowing that you can do it and compete was hugely satisfying.

“It gave me that belief that I could win. My form hasn’t been great since, I haven’t given myself too many chances to win, but knowing that I have done it under the pressure of having a chance and having been able to see it out gives me great belief” added Caldwell.

Caldwell who turns 38 this week had been hampered with a shoulder injury during the early part of his season and he hopes he can put his injury worries behind him and give himself a good birthday present.

“Recently I had a shoulder injury over Christmas, I got no practice in at all and came out to compete.

“I worked pretty hard with physios and what-not at home to get ready to play in the Desert Swing, and I just haven’t been performing early on or had anything go my way really so far this year, so hopefully this week we can turn it around.”

The Northern Irishman shot a blistering 64 in the final round as he held off Ladies European Tour player Alice Hewson and Adrian Otaegui and he would love nothing more than to go toe to toe with a woman this Sunday.

“It is great to be able to play against the girls and the prize money is up this year, so I think the field has got stronger,” he said.

“Hopefully the course stands up for both men and women and they get the set-up correct and we can have a good battle with the ladies.

“We can compete together and hopefully it comes down to a man and a woman on Sunday fighting it out for the event.”

Caldwell gets his defence underway alongside Alex Noren and Swedish Amateur Ingrid Lindblad who shot the lowest round by an amateur in US Women’s Open history last week with a 65 in round one.

The innovative format that sees a field split evenly between men and women playing the same course for one prize fund has been kept for 2022, with the event moving to Halmstad Golf Club for the first time.

Might Caldwell come up against compatriot Olivia Mehaffey on Sunday? The Tandragree native will look to bounce back from a hat trick of missed cuts on the LET.