Phil Mickelson has been confirmed to tee it up at the LIV Golf opener in London. Mickelson adds to a field that showcases seven major champions with a combined 14 major titles, as well as three former world No. 1 ranked players and 27 of the top 150 golfers in the world. A member of the World Golf Hall of Fame, Mickelson is one of the most accomplished players in the history of golf. He has spent a record 26 years ranked among the world’s top 50 golfers and has represented the United States in more than two dozen international team competitions.

“Phil Mickelson is unequivocally one of the greatest golfers of this generation. His contributions to the sport and connection to fans around the globe cannot be overstated and we are grateful to have him. He strengthens an exciting field for London where we’re proud to launch a new era for golf,” said Greg Norman, CEO and Commissioner of LIV Golf. “Our International Series qualifiers have earned an incredible opportunity to compete in LIV Golf’s new format, and I’m eager to watch all of them tee it up next week. This is a once-in-a-lifetime opportunity for many of them, and that has been a driving force behind our mission at LIV – creating player pathways and new opportunities to play the game we all love.”

Beginning Thursday, June 9 at 9:00 am EST / 2:00 pm BST, complete, live coverage of LIV Golf’s historic launch at Centurion Club will be globally available direct to consumers on LIVGolf.com, YouTube and Facebook. The LIV Golf event broadcasts will also be aired live on a global roster of leading premium and free-to-air broadcasters providing coverage in 138 territories around the world. The list of global networks covering the LIV Golf Invitational Series will be made available later this week on LIVGolf.com. 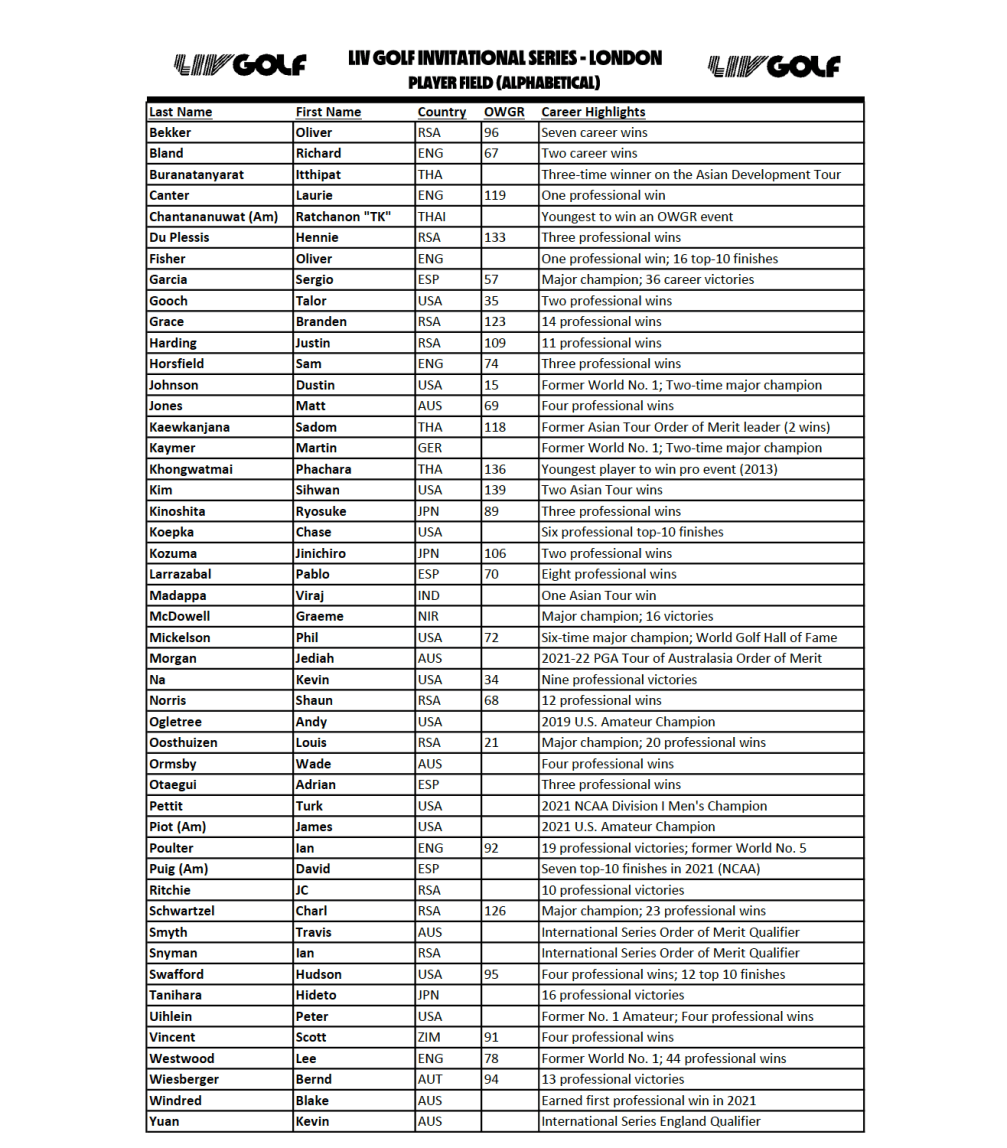