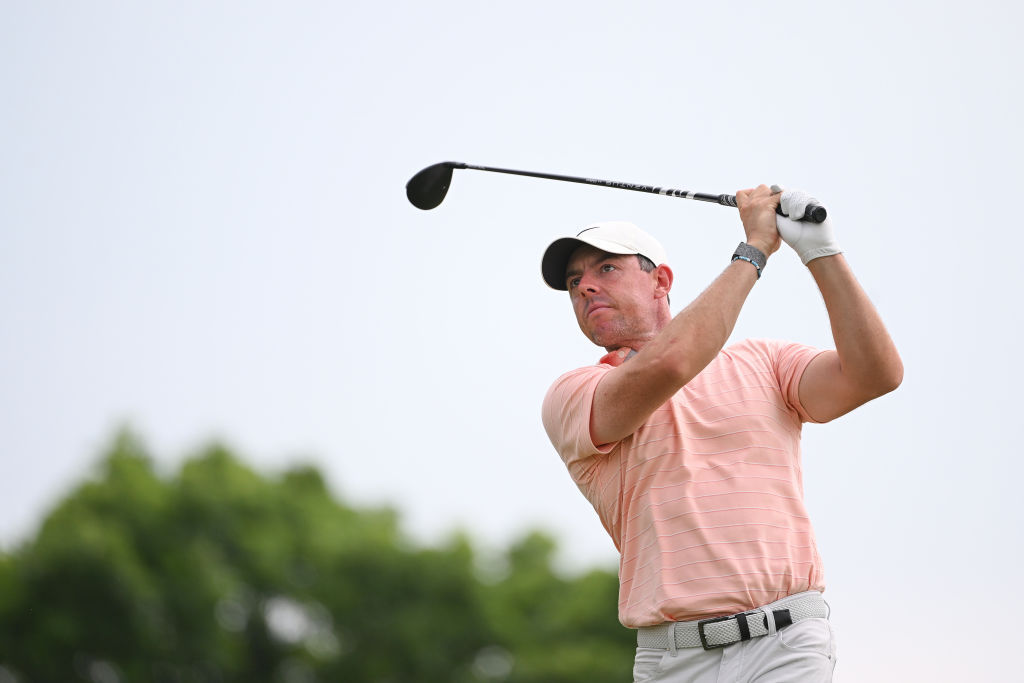 Not for a first time in recent years, McIlroy finished an after-thought in posting a disappointing final round two-over 74 to end well out of contention at The Memorial in Dublin, Ohio.

The World No. 8 arrived at Jack’s event having finished eighth in the PGA Championship and after opening Muirfield Village rounds of 70 and 69, McIlroy was well in contention, and sharing fifth place.

However, as he’s done a few times this 2021/22 PGA Tour wraparound season the now 33-year-old went missing over the weekend as he sought to claim a 33rd pro career victory.

After a third day 73, McIlroy was out of contention and without any hope of securing a morale-boosting  top-5 he got buried under the weight of two last day outward nine double-bogeys.

McIlroy was never on the fairway in posting a ‘6’ at the par-4 second hole, and then at the next he missed the green well left in regulation with the bogey ‘5’ now seeing McIlroy at three-over for his round.

He birdied the par-3 sixth hole in sinking a 12-foot putt but gave the shot back with a bogey at the next ahead of making a total mess of the par-4 ninth hole in finding water guarding the green, and walking off with a double-bogey ‘6’.

McIlroy stopped the rot with three inward half birdies, holing a 15-footer at both the par-3 12th hole and also the par-4 14th ahead of two-putting the par- 5 15th for a third birdie in four holes, thus closing out his 11th Memorial showing with a two-over round for two-under tally, and just inside the top-20.

Sadly, it is the sixth occasion in 10 PGA Tour counting events this year McIlroy has posted weekend rounds in the 70s to spoil any hope of sealing a first win anywhere since last October.

McIlroy now heads to Canada’s largest city with fond memories of having stormed to victory three years ago in posting a last day 61 and winning by seven shots with Shane Lowry sharing a distant second place.

Indeed, McIlroy is this week’s defending champion with the event not staged in 2020 nor ’21 due to Covid lockdown measures.

McIlroy, and using a Canadian $1 coin as a ball-marker, was tied for the lead with a round to play ahead of setting a new Canadian Open tournament 72-hole low by five shots, and also winning the event at a first attempt.

Lowry, who joins McIlroy in Canada, signed for a Memorial last round he’d also rather forget with a lone birdie in a score of 76 that also included three bogeys and taking a double-bogey ‘6’ and the 14th.

McIlroy says he “doesn’t understand” Kevin Na’s PGA Tour resignation but added he “was not surprised” by the American’s decision.

Na sensationally has quit the PGA Tour, no doubt for fear of litigation as he tees-up in this week’s opening event of the controversial Saudi-backed LIV Golf Invitational Series.

In a stunning post, the 38-year-old who has won six times on the PGA Tour in more than 450 starts claimed his decision saddened him but he was left with little choice.

“I guess maybe he’s protecting himself down the road. Maybe some legal issue. He obviously sees the LIV Golf tour is the place he’s going to play on going forward,” McIlroy, 33, told Golf Digest.

“Look, I get it for Kevin. He’s never been… he’s qualified for the Open Championship a few times and not gone over. He likes to do what he likes to do, and he’s his own person. No, I’m not surprised”.