Maguire secures another Major top-10 at US Women’s Open 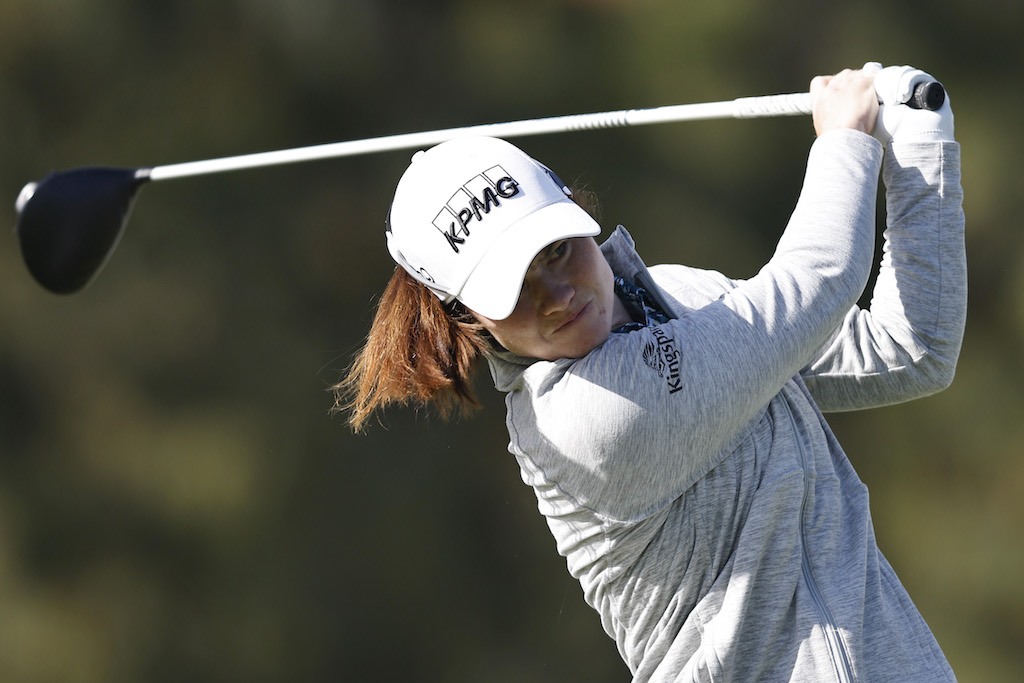 The Cavan woman was only able to conclude with a three-over 74 in her final round to drop her back down to two-under-par for the week, but with the field struggling on the tough set-up on Sunday that was still enough to secure her best Major finish since last year’s Evian Championship.

Maguire was never able to get her scoring going on the final day at Pine Needles Lodge, dropping three shots in her first seven holes. Another shot went at the 11th before she finally carded her only birdie of the day at the par-five 15th, but with those around her also falling away, that one birdie was enough to bring her back into the top-10.

“Yeah, didn’t get off to the best of starts but tried to stay really patient,” said Maguire after her round,

“I knew everybody was kind of struggling out there. I knew it wasn’t going to be easy out there. A lot of the pins were tucked and you couldn’t make a lot of birdies. It was just trying to limit the amount of mistakes really.

“I think it was a little firmer today and it was definitely set up a little bit tougher. There was definitely a little bit more breeze, pins were a little trickier today. Overall that’s reflected in the scores. You couldn’t get close to a lot of the pins today, so you just had to take your chances when you got them,” she added.

However, despite starting the day in the top-10, the 27-year-old was never competing for the title as Australia’s Minjee Lee sent records tumbling to lift her second Major title by a four-stroke margin as she closed out a sensational week in style.

The 26-year-old from Perth held a three-shot lead after three rounds and signed for four birdies and four bogeys in a level-par 71 to close out the week with the lowest 72-hole score at the U.S. Women’s Open, a 13-under-par 271, and keep nearest challenger and playing partner Mina Harigae at arm’s length.

Lee, also the defending Evian champion, walked away with the largest prize in women’s golf history having claimed $1.8million for her victory and becomes just the third Australian alongside Karrie Webb and Jan Stephenson to win multiple Majors.

“It’s been my dream since I was a little girl. It’s the one that I always wanted to win on; now I’ve done it, and just feels amazing,” said Lee, who is the first Australian to win the title since Webb at the same venue in 2001.

“It’s such a large sum and I’m really honoured to be the first winner I guess of this sum. We’re only going to get better and better.”

For Maguire, it is a timely return to form after a tough run that saw her miss the cut at the three events in the lead-up to the second Major of the year, and she will be thrilled with her performance in North Carolina even if it wasn’t accompanied with silverware.

It is her first top-10 finish since her maiden LPGA Tour win at the LPGA Drive On Championship back in February and will hopefully coincide with another strong run after a couple of months where she struggled for consistency.

Her final round was one where she had to hang in and limit the mistakes, although she was scrambling to do so on her front nine as she bogeyed the par-four second, then failed to get up-and-down from right of the green at the par-three fifth.

Another bogey came at the par-four seventh, and then her back nine started in a similar fashion when she dropped her final shot at the par-four 11th, but she took advantage of the final par-five on the course, the 15th, to bring herself back inside the top-10.

Behind Lee’s brilliance, Harigae won a dogfight to secure runner-up spot and $1.08million as a one-over 72 in her final round was still good enough to give her a two-shot buffer at nine-under-par for the week, with Korea’s Hyejin Choi rounding out the podium with a 70 that saw her finish at seven-under.

There was disappointment for Swedish amateur Ingrid Lindblad, though, as the 22-year-old couldn’t keep her outstanding form going for one more day as she slumped to a five-over 76 in her final round to end the week at one-under-par, though that was still the second lowest amateur score in U.S. Women’s Open history and earned her a share of 11th.