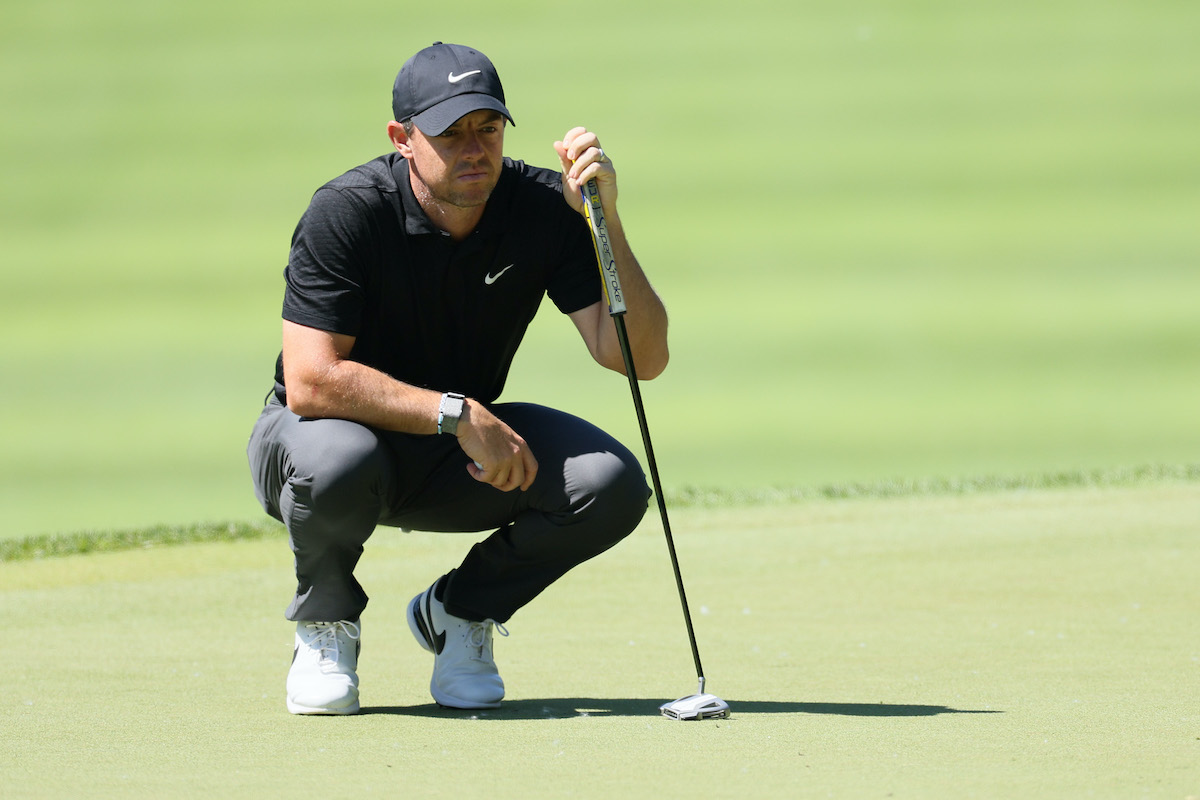 It was a head-scratching round for the World No. 8 Rory McIlroy seeing his chance of victory in The Memorial ruined by a cold putter on day three of the Jack Nicklaus hosted event in Dublin, Ohio.

McIlroy never got out of first gear, and actually ended-up in reverse mode posting a one-over-par 73 and now tee-up in the closing round at four-under and sharing 15th place on the Muirfield Village course

McIlroy, who teed-up on day three sharing fifth place at five-under, has seen his chance of winning ‘Jack’s Event’ in his 11th start frustratingly stall when he was one-over through 10 holes before the first of only two birdies on day three when he holed a four-footer for birdie at the par-5 11th.

McIlroy then holed a 22-foot birdie from behind the flag at the par-4 14th ahead of back-to-back bogeys at 16 and 17th in his round.

Up front and it was America’s Billy Horschell very much in a class of his own and with the reigning BMW PGA Championship champion blemish-free in signing for a best-of-the-week seven-under 65 and muscle his way to a five-shot lead with a round to play in the $12m event on the Muirfield Village course.

Horschell, 35, is seeking a first victory since taming the Burma Road course last September in capturing the DP World’s flagship BMW PGA Championship, and also a first on the PGA Tour since earlier in 2021 when he defeated Scottie Scheffler at the WGC – Dell Match-Play Championship.

It was all Horschell on golf’s traditional moving day, and with the help of Justin Rose’s former long-time caddy Mark Fulcher, picking-up four outward half birdies and then birdies over his inward nine.

“It was a really solid round of golf with Fuch (Caddy – Mark Fulcher) and I have done some really great work this week”, said Horschell.

“The last few weeks I have been struggling with my game, and I also haven’t been sharp with my process with every shot I have been hitting, and when that happens you don’t play really good golf.

“So, this week we got back into our process and got out of our bad habits, and doing what we were doing so well at the start of the year, and it’s led to some really good golf this week”. And as for his chances of capturing an eighth pro career success?

“It’s 13-years I’ve been out here, I am 35-years old and I know what I need to do tomorrow”, said Horschell confidently.

“I know the feelings I am going to have. I know what I need to do tomorrow. I know what I need to be aware of and if I can just go out there and play my game, and play like I have these past three days, and not pay attention to anything else than to hit good golf shots, stick to our process and play the shots to where I want to, then that allows me to have a more higher acceptance level that my shots are going to come off.

“So, I am excited about tomorrow and we’ll see what happens after the final 18 holes”.

Horschell has dropped just one shot in 44 holes since his 10th hole on day one, and since then has produced a dozen birdies. Only two players – Tiger Woods in winning the event in 2001 for a third of what would be five victories and Jon Rahm who last year also led by six shots but then being ruled out of the event due to testing positive for Covid – have led by more than five shots.

Aussie Cam ‘Mr. 36-under’ Smith (72) and American Aaron Wise with a score of 69 share second place at eight-under and knowing that no player in the history of The Memorial has come from five shots back and stepped forward onto the presentation green and shake the hand of Nicklaus, the tournament host.

Shane Lowry produced a frustrating level par 72 to drop into a share of 19th place at three-under. Lowry’s third round was a mix of three birdies but also two bogeys and a 12th hole double bogey at the par-3 12th hole in finding water off the green.