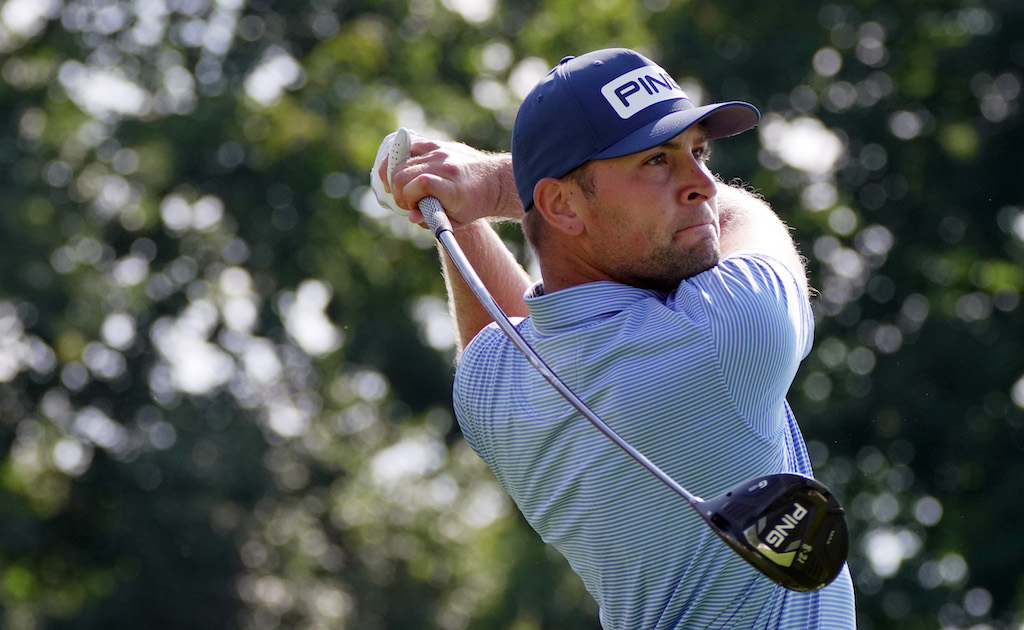 Jonathan Yates heads into the final round of the Memorial Giorgio Bordoni in Como, Italy just three shots off the lead as he looks to continue his strong run of form on the Alps Tour.

The Naas man shot an identical second round to what he produced in Wednesday’s first round as five birdies and one bogey led to a four-under 68 that takes him up to eight-under-par for the tournament.

That has him three back of leaders Marco Archetti and Davey Porsius, who take a one-shot lead over Joel Moscatel and Floris de Haas into the final round at 11-under-par at GC La Pinetina.

Archetti has always played well at this week’s venue and hopes to capture a win at the end of tomorrow’s round. “I struggled slightly on the front nine today compared to yesterday but overall I’m very happy. I’ve been putting very well and making some clutch putts this week. The plan for tomorrow is just to go out play my own game and have a low round.”

For his part, Porsius was close to producing a sub-60 round as he produced a stunning nine-under 61 consisting of seven birdies and an eagle, and he will actually be disappointed he couldn’t post a 59 and take the solo lead as he played his final six holes in level-par.

“Today was very good, a good start to the round,” said Porsius.  “I wanted to try and beat the course record but came up just short unfortunately. Italy is very lucky for me, I had a second place at Golf Nazionale and I obviously want to win tomorrow to try and make a jump in the Order of Merit.”

Instead, he is tied at the top with Archetti, who signed for four birdies, an eagle and one bogey in a five-under 65 to join him at 11-under, with Moscatel and De Haas matching each other shot for shot with a pair of 67s on day two.

Yates is in a share of fifth going into the final day alongside five other players and is looking to record back-to-back top-five finishes on the Alps Tour after finishing fifth at the Goesser Open last time out.

Gary Hurley is still hanging in there in a share of 17th at six-under-par after back-to-back rounds of 67 – his second round containing six birdies and three bogeys – while Paul McBride and David Carey both made the cut at five-under after second rounds of 69 and 65 respectively.

Despite an impressive second round 67 to get back to level-par for the week it wasn’t enough for Simon Bryan to make it in for the final round, with the cut falling at three-under, with Michael Young also missing out after a 71 left him four-over.