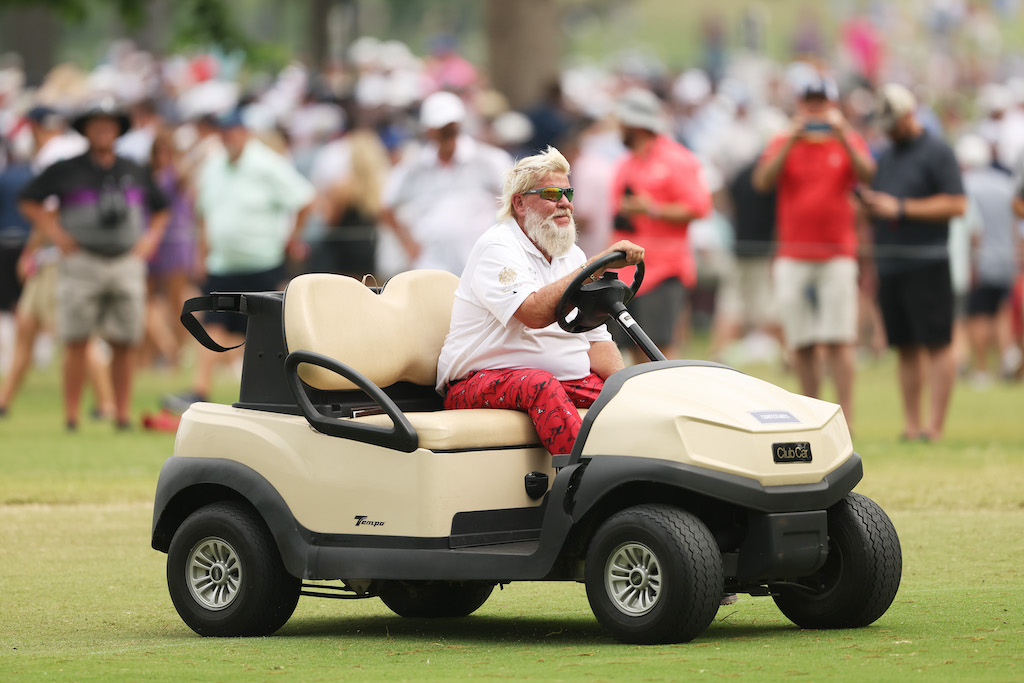 John Daly is convinced that Tiger Woods’ name would’ve featured on last week’s US PGA Championship leaderboard had the 15-time Major winner requested a medical exemption and competed in a golf cart.

Daly was speaking after Woods withdrew prior to the final round at Southern Hills citing “pain and discomfort” having limped his way to a third round 79.

“I guarantee you that if Tiger used a cart this week, he’d be on the leaderboard,” said Daly, who himself was riding in a buggy on account of osteoarthritis in his knee.

However, unlike Daly, Woods refuses to use a golf cart in official competition, insisting that if he can’t walk all four rounds, then he simply can’t compete for all four rounds at the top level either.

“No. I wouldn’t, no. No. Absolutely not,” Woods said at the PNC Championship in December where he did use a golf cart, albeit for the father-son hit and giggle.

Woods was previously asked about his thoughts on Daly being granted permission to compete whilst riding in a buggy.

“As far as J.D. taking a cart, well, I walked with a broken leg, so,” said Woods who defied logic when winning the 2008 US Open on a fractured leg and torn ACL.

Daly was quite put out at the time of hearing Woods’ comments, however the pair have since reconciled their differences.

“Yeah, but he didn’t know the facts because the media, ‘the media’ (sarcastic gesture) didn’t tell him I had diabetes and I had a bad two knees and my hips out and all this stuff,” Daly said.

“He apologized to me at dinner the other night. I mean, he’s fine. I love Tiger.”

As for Daly’s reasoning around taking the cart, the grip it and rip it king confirmed; “My knee is screwed. I had the meniscus cut out. I have osteoarthritis so bad… I can walk up a hill, I just can’t walk down one.”

The PGA of America also confirmed that Daly provided “the requisite information to allow for a review of his request by the PGA’s medical team”.