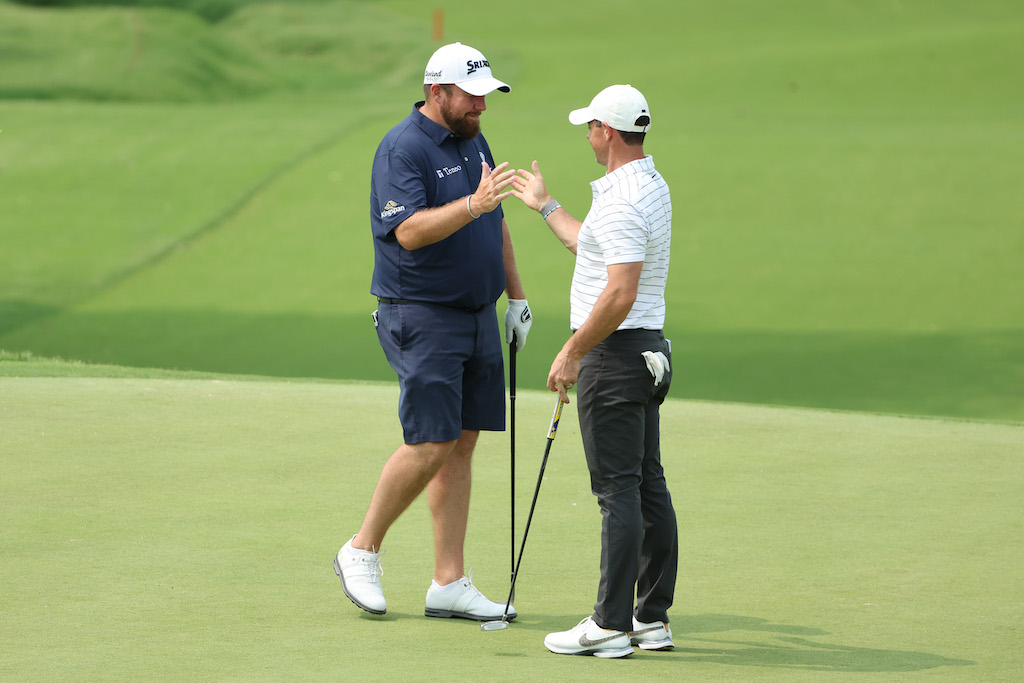 Shane Lowry has leapt to the defence of his Irish Olympic teammate and good friend Rory McIlroy following the Northern Irishman’s latest Major disappointment at the US PGA Championship at Southern Hills.

McIlroy burst to the lead with an opening day 65 on Thursday and as it turned out, five-under par would’ve been good enough to make the playoff at the conclusion of regulation play on Sunday had McIlroy managed to maintain his day one total.

Even during the final round McIlroy had again threatened to get into contention with four birdies through five holes before eventually signing for a 68 and a two-under tally.

McIlroy avoided the media over the weekend in Tulsa clearly put out by his play but Lowry was happy to field a question concerning the four-time Major winner, suggesting McIlroy has become a victim of his own success given the constant expectation surrounding the now 33-year old.

“The armchair golfers don’t realise how hard it is out here. It’s not as easy as shooting 65 in the first round,” Lowry told the media at Southern Hills on Sunday.

“I saw a quote from him from last week, I don’t know when it was from, where was he hasn’t won a major since 2014, but he has pretty much done everything else you have to do in the world of golf.

“So it’s not like he’s in a slump. It’s almost like you’re a victim of your own success. People expected him to win 10 majors when he won those four and it just hasn’t worked out like that.

It’s a testament to McIlroy’s talent that many see his eighth place finish in a Major and feel disappointed while celebrating Seamus Power’s T9 result as a success, but as Lowry says, McIlroy’s mercurial ability has brought with it added and often unfair expectation.

Still, there’s no hiding from the fact that McIlroy had the game to win last week at Southern Hills. He got the start many of his recent Major campaigns have gone without and given he also enjoyed the favourable side of the draw from the off, and also given the general inexperience on the leaderboard over the weekend, it will feel like a chance missed for McIlroy who was also clearly upset having shirked media duties both on Saturday and Sunday.

As Lowry mentions, McIlroy has won everything there is to be had in the game since his last Major win in 2014 but when you’re Rory McIlroy, your success is judged by titles, Majors ones at that, and judging by Rory’s own dejection over the weekend, it’s not just the armchair golfers who see it that way.