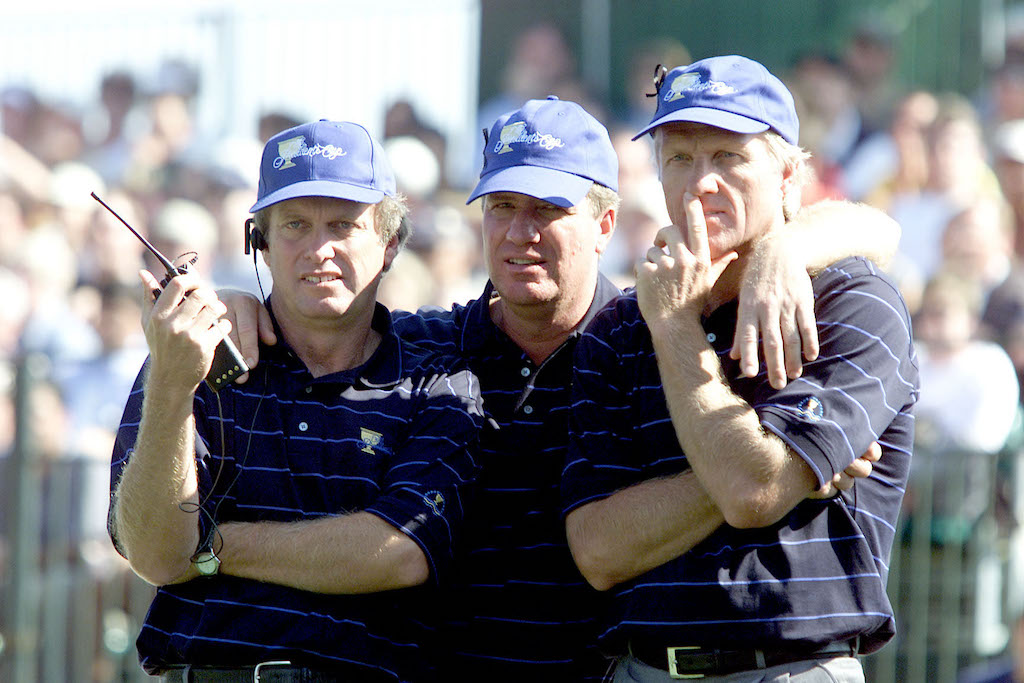 Greg Norman’s popularity continues to plummet with former friend and teammate Wayne Grady the latest to shoot down the Shark ahead of the opening LIV Golf Invitational event in London.

Grady took to Facebook to voice his intense disappointment at Norman’s continuing efforts to shake up the golf space at the expense of the PGA Tour with the first $25m LIV Golf event taking place at the Centurion Club from June 9-11.

“From someone who has known Greg for 50 years, Greg is only about Greg,” Grady wrote on Facebook.

“He has been trying to take down the tour for 30 years. The admiration I had for him for what he has achieved and what he did for Australian golf is gone. For him to try and trivialise what the greats before him did to grow and create what the PGA Tour is today is an absolute disgrace.

“You should hang your head in shame, Shark. I went to the memorial service of Jack Newton yesterday and was surrounded by true professional golfers who believe in loyalty and history. GFY Shark.”

67-year old Norman has been willingly dragging his own reputation through the mud during a media tour to promote the Saudi-backed LIV Golf Series in recent weeks, but he made extra headlines when he brushed off a question around the murder of journalist Jamal Khashoggi with the words, “we’ve all made mistakes”.

“This whole thing about Saudi Arabia and Khashoggi and human rights, talk about it, but also talk about the good that the country is doing in changing its culture,” Norman said

“Greg Norman’s remarks that the Saudi government’s brutal murder of Jamal Khashoggi and its attempted cover-up were a ‘mistake’ are wrong and seriously misguided,” Felix Jakens, Amnesty International UK’s head of campaigns said.

“Far from trying to ‘move on’, the Saudi authorities have attempted to sweep their crimes under the carpet, avoiding justice and accountability at every turn.

“The regime’s human rights record is an abomination — from its murder of Khashoggi to recent mass executions and the situation for LGBTI+ people, which continues to be dire.

“The LIV Golf Invitational Series is yet one more event in a series of sportswashing exercises that the Saudi authorities are using to clean its blood-soaked image.”