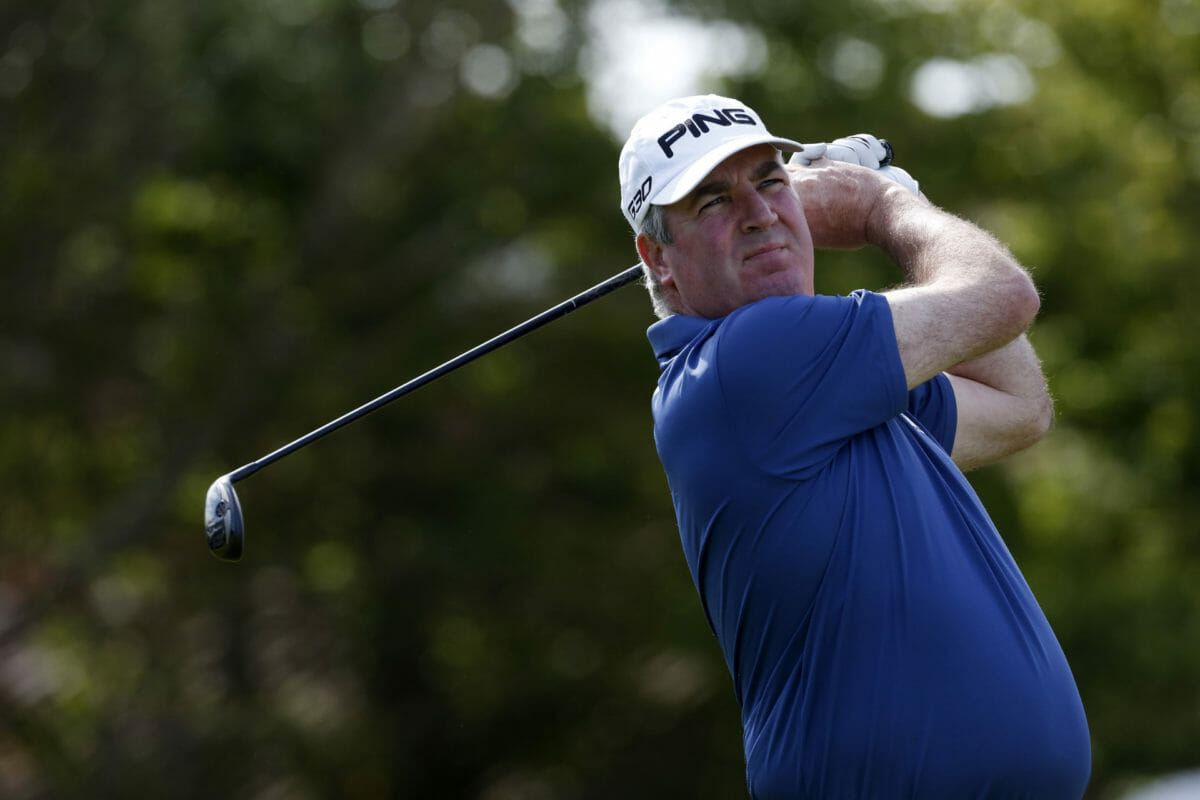 There was no Friday the 13th nightmares for Shane Jenkinson and Damian Mooney at the Roganstown Pro Am as both players came out on top at the end of the day.

The duo signed for three-under 68s to finish one shot ahead of Bandbridge’s Richard Kilpatrick while former European Tour pro David Higgins was a shot further back on one-under alongside Kilkenny’s Jimmy Bolger.

Jenkinson who hails from the Island Golf Club finished strongly with two birdies in his last three holes to climb alongside Lough Erne’s Damian Mooney.

Not much happened for Jenkinson early on and he found himself on the wrong side of par after a bogey on the par-5 4th. He responded with a brace of birdies to turn in 34.

A birdie on the eleventh lifted him to two-under for the day before he dropped a shot on the 15th.

Mooney’s 68 was much more colourful. A round that included two double-bogeys and five birdies in succession.

Mooney started well with birdies on the tenth and thirteenth before a double-bogey six on the 15th undid his good early work.

He responded in emphatic fashion with five successive birdies around the turn to rocket to five-under before a double-bogey seven on the 4th and a bogey on the 6th dropped him out of the outright lead.

He managed to cling onto at least a share of the spoils with a closing birdie two on the 9th.

Other notable names included Leslie Walker (Dundalk) and Tim Rice (Limerick) who finished in a share of 6th on level-par while Simon Thornton of Tulfarris was two shots further back after a two-over 73.