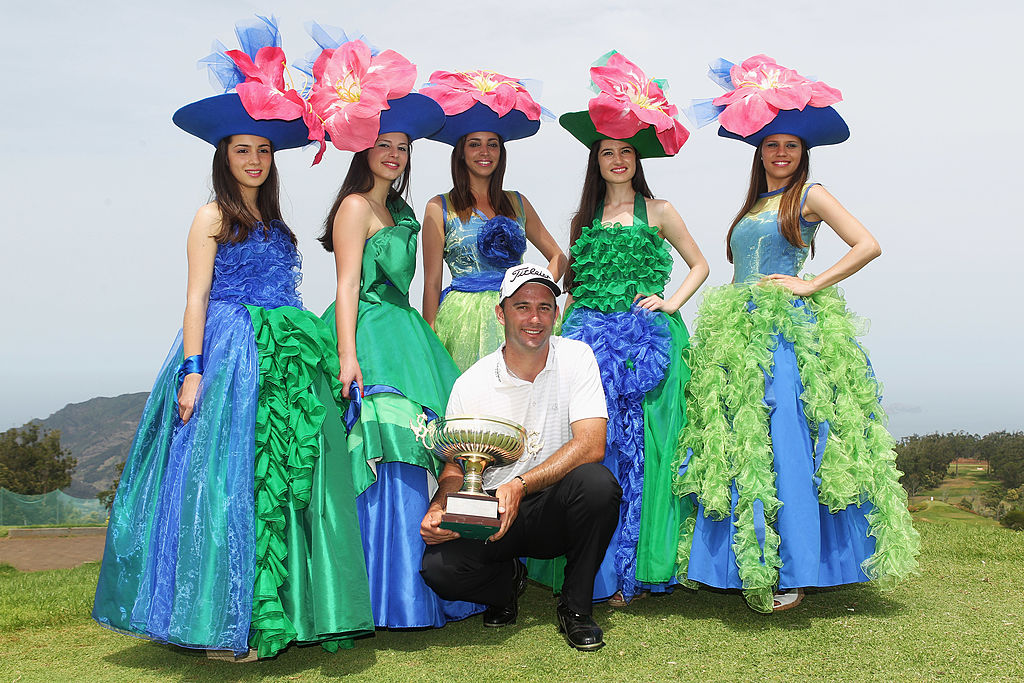 Ricardo Santos of Portugal celebrates winning the Madeira Islands Open with the trophy at Santo da Serra Golf Course on May 13, 2012 in Funchal, Madeira, Portugal. (Photo by Dean Mouhtaropoulos/Getty Images)

It is a decade today – May 13th, 2012 – since the very affable Portuguese golfer Ricardo Santos brilliantly won on home soil in capturing the Madeira Islands Open.

Santos was in sizzling form posting a closing round 63 to win by four shots on the course located very high-up and dramatically overlooking the Atlantic Ocean.

It was the then 29-year-old’s maiden and still only DP World Tour victory.  There were emotional scenes with his wife, Rita and then very young three-year-old daughter, Victoria present to help celebrate his victory.

Santos was attached to the then named Oceanico Resort on the sun-splashed Algarve that each year hosts the Portugal Masters on the famed Victoria course, and it’s for that reason he and his wife named their daughter, Victoria.

I got to know Ricardo and Rita very well, and would also meet Rita in her then marketing role working for Oceanico (now owned by the Dom Pedro Hotel group) each time I would travel to Portugal for the Portugal Masters. 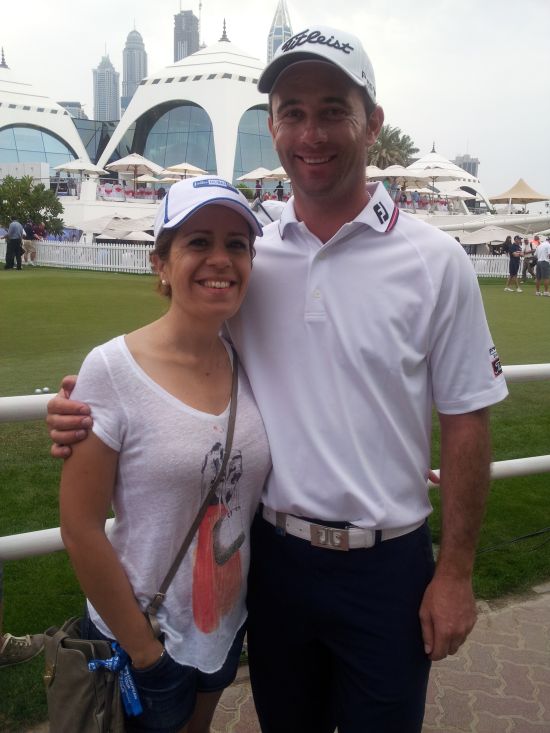 Ricardo Santos with his wife, Rita photographed in Dubai in 2013. (Photo – www.golfbytourmiss.com)

Rita was great in organising tee-times for the media on the other four courses at the Oceanico Resort early in the mornings during the week of the Portugal Masters.   There was also one year I helped arranged, with Rita’s fabulous assistance, for a group of my golfing friends at Crail Golfing Society where I’ve now been a member for 21-years, to travel from Scotland to play all five Oceanico courses – the Millennium, Pinhal, Old, Laguna and the Victoria.

I recall vividly on that visit the day we played the Victoria.  It was the last of the five, so we were saving the toughest layout for the last. We were out early and here on the range after we finished our round was Ricardo working on this game.  I had a quick chat with with him, and after lunch, we headed back out to the range where Ricardo hosted a group practice lesson for us. 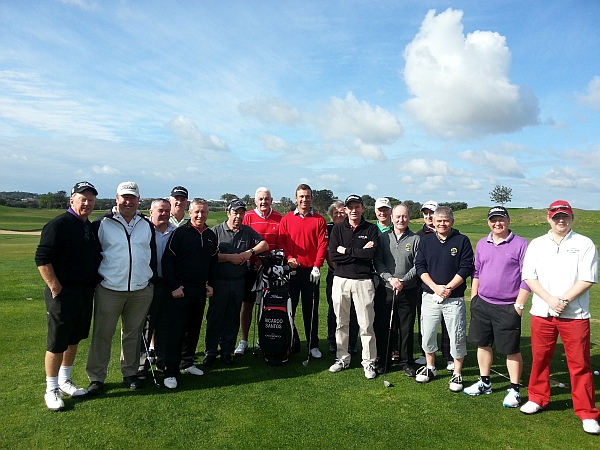 Rlcardo Santos has a new 16-person Scotland fan base after meeting members of the visiting Crail Golfing Society . (Your author left of photo)

This is the type of person he is and continues to be.  It hasn’t been often in past few years that I’ve bumped into him given the lockdown measures, but it was a huge delight to meet-up with him early this year during the Middle East Swing.

Ten years on and it’s great to see Ricardo in sizzling form early on day two of the Soudal Open near Antwerp in Belgium, and in what is his 186th main tour event.

He posted one of the lowest scores on day two in the famed Belgium port city with a round that included six birdies for a five-under-par 66 in the overcast and cooler morning conditions on the Rinkven International course, an effort that has him right in contention at seven-under-par.

Ricardo capped his second lowest round this season with a hat-trick of birdies from the 10th hole and then back-to-back birdies at 16 and 17.

“It was good, I didn’t strike the ball as well as yesterday but I putted really well, and it was a great score”,  he said.

“If you hit the fairways I think it’s a scorable course, today I feel colder and a bit longer on the course, but still many opportunities.

“The last few weeks my putting wasn’t very nice, so I was struggling for a bit, but this week my putting is back, and I am giving myself chances.”

Here’s wishing Ricardo, one of the real nice guys on the DP World Tour, a 10-year celebration victory toast late on Sunday.