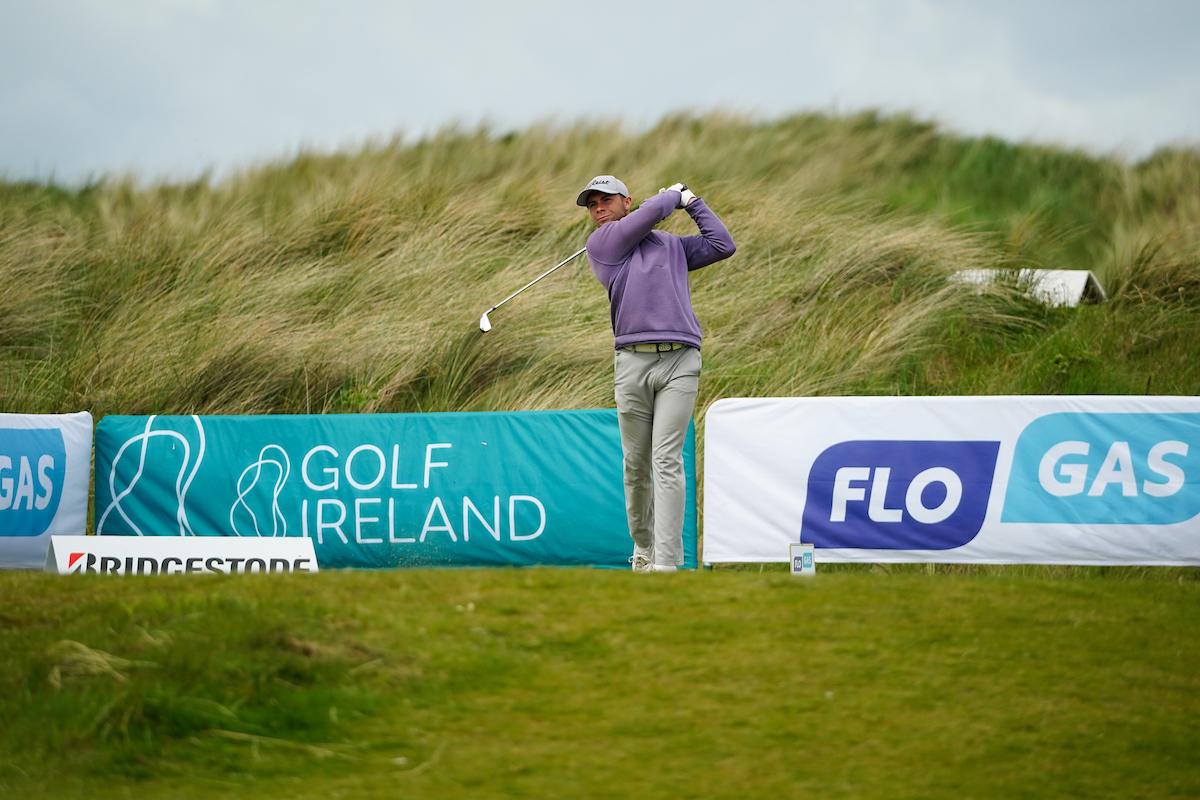 Scotland’s Matthew Wilson will take a one-shot lead into the second round of the Flogas Irish Men’s Amateur Open Championship after firing an opening three-under 69 at The Island.

Wilson now has a host of Irish internationals queueing up behind him with Alan Fahy, Liam Nolan and top-ranked player Robert Moran all in a share of second on two-under alongside Ryan Griffin, Gerard Dunne, Sean McLoughlin, and Jack Madden.

Wilson was one of the early starters at 09:28, meaning he got the best of the conditions and it showed as he carded five birdies and two bogeys to finish the day with the only sub-70 round.

“It was nice to take advantage of the better draw this morning,” said the Scot who has won two strokeplay titles in Scotland this year. “I played really well and made pars on the tough holes and took my chances when I had them.

“It would be nice to challenge in an event like this. Expectations were high coming in,” added Wilson who has seven Irish players chasing him in second.

Wilson’s three-under total wasn’t touched in the afternoon as the wind increased and a couple of squally showers dampened the course. Moran, Griffin, and McLoughlin carded the best scores from the afternoon wave with two-under 70s after putting together strong finishes.

Moran and Griffin carded three birdies and a bogey to come home in 34 with Castle’s Moran carding two birdies in his last four holes while Ballybofey’s Griffin birdied his penultimate hole.

“It was nice,” said Moran. “The course was hard it was quite challenging it seemed like the wind got up in the afternoon so I am pretty happy.

“I just had to keep it fairly straight even the downward holes you think you might have a chance but even if you are off the fairway you won’t have much of a chance so it’s about plotting away.

“I kept it in play off the tee and on the back nine I tried to hit as many fairways as possible because then you have some form of control. I was still guessing with some of the winds but it’s a little easier from the fairway.”

Maynooth University’s Griffin was delighted with his strong start to the week and praised his patience.

“If you gave it to me at the start of the day I would have snapped your hand off,” Griffin said of his two-under 70. “I had a lovely birdie on the 8th and a good up and down on the last.

“I putted well and played smart. I didn’t get greedy, hit it where you can see it and you won’t be far away.”

The morning yielded the best of the scores with eight of the top-12 shooting under-par including West of Ireland champion Alan Fahy who was three-under before he dropped a shot at the difficult 18th hole.

The Bray native surged towards the top of the early leaderboard after five birdies on his back nine and he was happy with his performance as well as his new clubs.

“It was a good day,” he smiled. “I was two-over after nine so it was good to finish under par. I went on a bit of a hot run there which was unexpected, made three in a row and five birdies on the back nine which was good.

“The driver is going well, I had them all in play today; the driver, one and three iron. They’re class, they spin a lot less which is good in this wind.”

Galway’s Nolan has been recently recovering from having four wisdom teeth removed and he was delighted to start his week on the right note and go around pain free too.

In total there are eleven players under-par after day one with local favourite Joseph Hanney one-under alongside Athenry’s Sean O’Connell and Carton House’s Marc Boucher.

Royal Dublin’s Hugh Foley is inside the top-12 after a rollercoaster level-par 72 while Malone’s Matthew McClean is a shot further back.

Defending champion Peter O’Keeffe is on two-over after a 74 alongside Munster strokeplay winner Jake Whelan.

Day one gave way to a bunched leaderboard with 48 players within six shots of the lead at the end of round one.