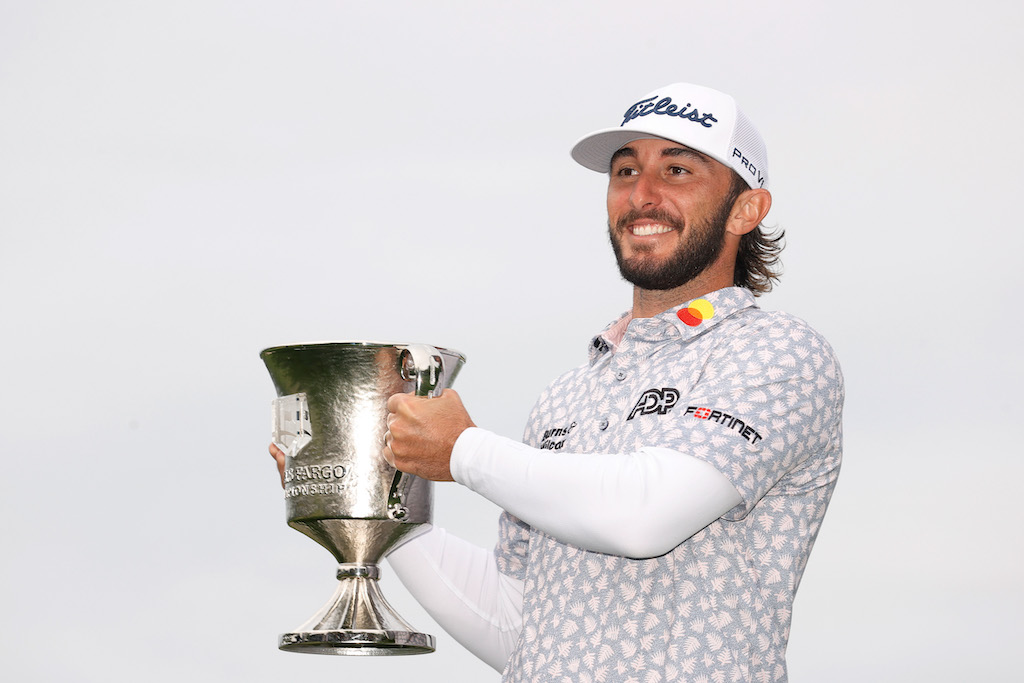 Max Homa admits he’d love nothing more than to be part of Davis Love III’s United States team that’s set to face the internationals at Quail Hollow in September.

Homa was speaking after notching his four PGA Tour victory at the Wells Fargo Championship where he closed with a two-under 68 for an eight-under tally and a two-shot win over Matt Fitzpatrick, Keegan Bradley and Cameron Young.

“I care about nothing more than making that Presidents Cup team,” said Homa following his second Wells Fargo win that puts him sixth in the Presidents Cup standings.

“I’m really hoping Captain Davis Love III was watching today or at least somebody messaged him about it, but that’s all I’ve really cared about. I’m not a big goal setter, but Tour Championship and Presidents Cup, that’s about all my focus has been ever since I missed that Ryder Cup last year and the Tour Championship. This goes a long way.”

Homa has always been one of the nice guys on Tour, known for his quick wit on Twitter as much as he is for a smooth action that’s established his star on the PGA Tour roster for many years to come.

However, it wasn’t always smooth sailing for the 31-year old whose latest victory, his third in 15 months, was met with a bucket load of perspective given the struggles he endured earlier in his career striving for status on the PGA Tour from the Korn Ferry circuit.

“It would be cool if I was Rory McIlroy and didn’t do that, but yeah, for me it’s something I carry with me that I think it’s powerful,” Homa explained of how status uncertainty in previous years has helped shape his character.

“I feel like other guys don’t have that and that’s good for them, I’m glad they don’t. But I saw $18,000 in a year out here. I saw feeling very, very small, having literally no hope getting a top-10, let alone making a cut that season.

“You come out in the lead and I’m three strokes up and I’m one stroke up, I mean, it just doesn’t faze me as much as I feel like it could because I know what bad is and my bad today was going to be making a boatload of money and moving along to the PGA Championship in two weeks with a good chance to win if I keep playing like this.

“I think that’s something I carry close to my chest because I think it’s something that as much as nobody will want to have it, it’s nice to have if you get through that tough time.”