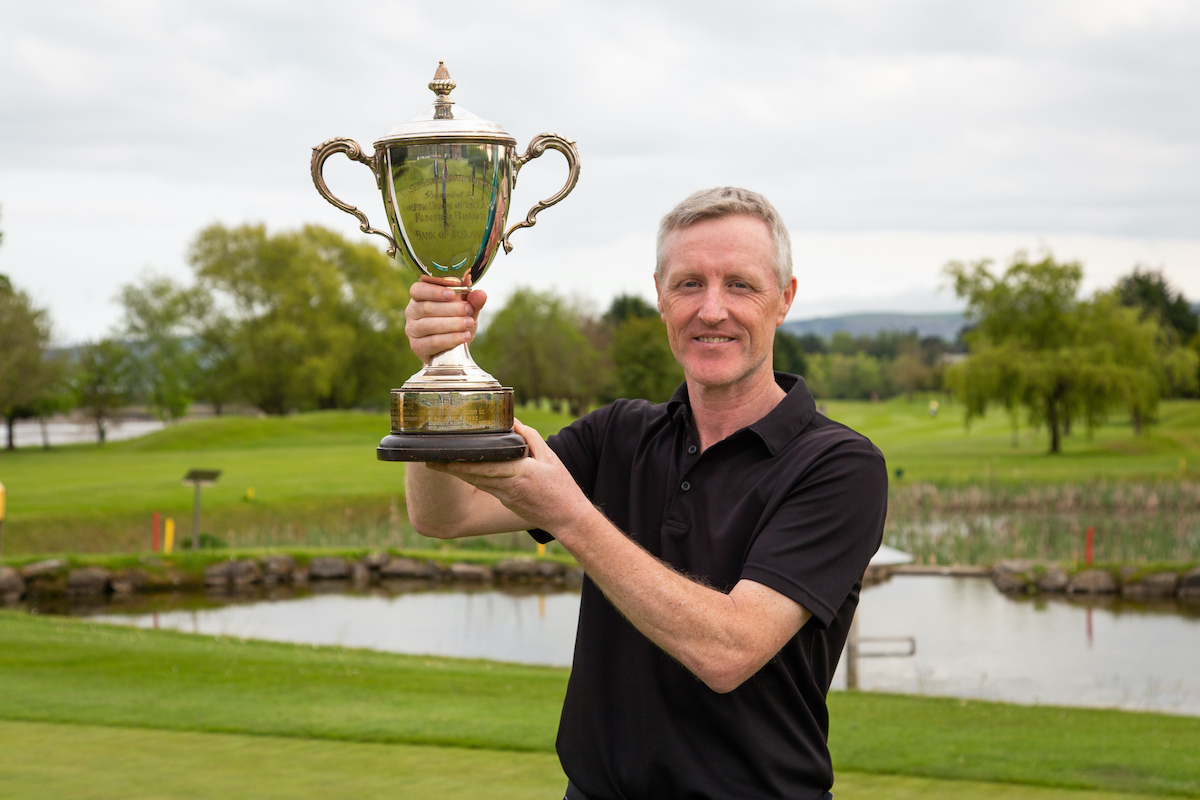 Christopher O’Connor is the Munster Senior Men’s Open champion after a brilliant back nine helped him to a two-shot victory at Dungarvan.

The Corrstown man shot a joint-low round of the day with a one-under 71 to win on one-over-par. Overnight leader John O’Brien shot a four-over 76 to claim the runner-up position on three-over.

O’Connor opened with a bogey six but steadied the ship with ten successive pars before taking control of the championship on the back nine.

O’Brien of Castlemartyr piled the pressure on with a closing eagle which was the highlight in a day of struggle for the first-round leader.

After an opening 71 it appeared to be normal service resumed after he birdied the first but followed that with five bogeys in six holes to turn in 40. O’Brien’s challenge seemed all but over after dropped shots on 14 and 16 saw him slip outside the top-10 but an eagle-three at 18 gave him hope of an O’Connor collapse.

Four birdies in his last ten holes gave Alan Condren a share of third place on four-over. The Greystones native shot a level-par 72 after he recovered from a poor start.

An opening birdie was followed by bogeys on the second, fourth and sixth while he also double-bogeyed the fifth.

Just five shots separated the top-12 players while Galway man Joe Lyons was in a share of 13th on seven-over.

Both players secured top-10 finishes in the over-65 category as Portmarnock’s Adrian Morrow finished on nine-over-par to take the prize.