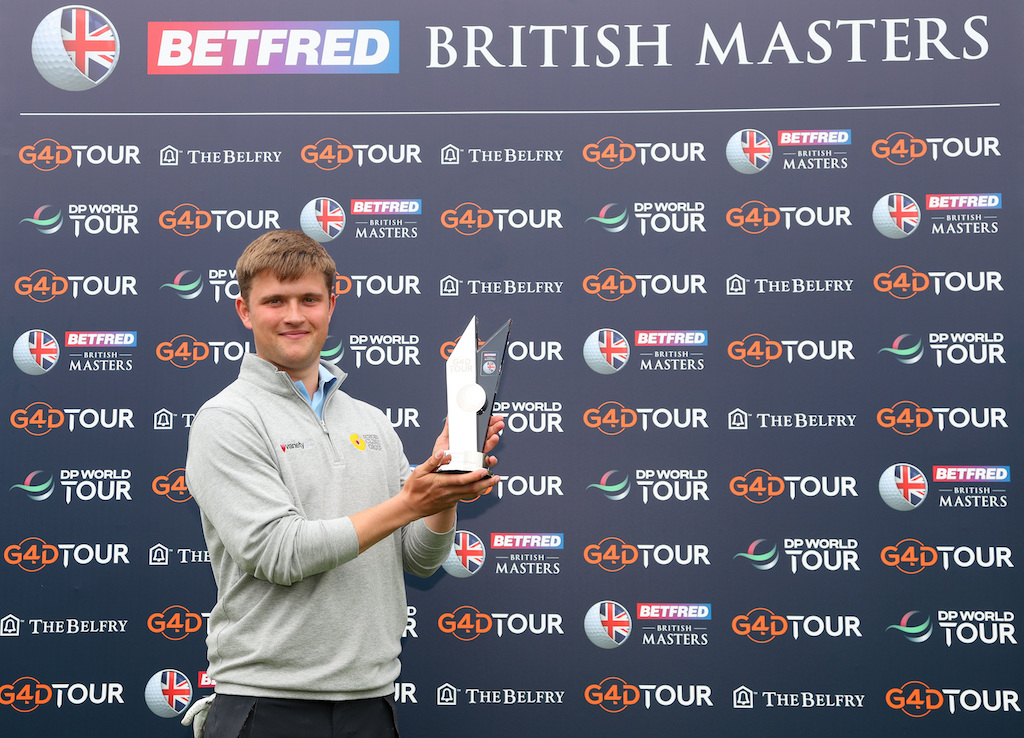 Brendan Lawlor finished in outright fourth place as Kipp Popert became the first winner on the G4D Tour after defeating Kurtis Barkley and Chris Biggins in a playoff at The Belfry, taking home the G4D @ Betfred British Masters hosted by Danny Willett title.

Lawlor produced a superb bogey-free three-under par back-nine to sign off with a 74 for a seven-over total, finishing four shots behind the playoff pace. 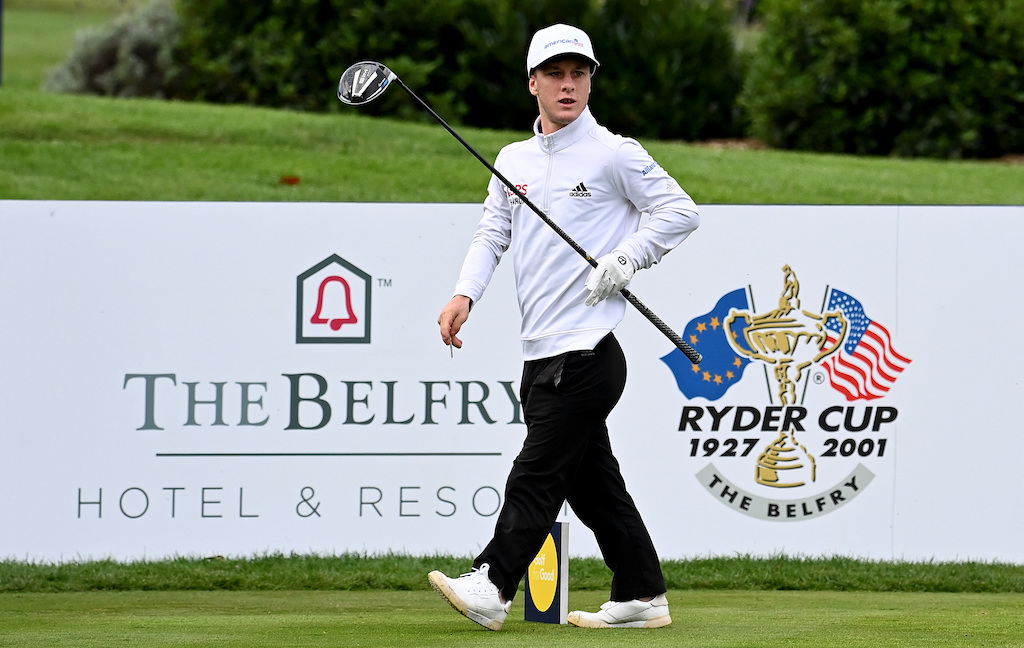 Biggins was eliminated on the first play-off hole after a bogey putt, while bogey was enough for Popert to secure victory on the second extra hole with Barkley only managing a double bogey.

The Englishman, who studied at the University of Birmingham and had lectures at The Belfry, was delighted to win the first G4D Tour event at a venue which holds so much significance.

“I went to Uni here a few years ago, so it’s really nice to win here in Birmingham,” said Popert. “I was always aware of what was going on out on the course. I like feeling the pressure, I look forward to it and it’s why I practice, it’s my favourite part of what we do.

“I played okay this week, I struggled with a few starting lines and not hitting it as tight as I’d like. I made a few mental errors, going for shots I shouldn’t have. I had a triple on my card from the fourth hole, which could have easily been a bogey. My caddie, Hugo, made me lay-up on 18 on the second play-off hole, so I’ll probably give him this trophy as a thank you.”

The 23-year-old started the final round on the iconic Brabazon Course two strokes back from Barkley, but carded a one over par round to sign for a three over par total as he was joined on that number by Barkley and Biggins.

Popert made amends for his triple bogey on the fourth with three birdies before the turn, making his fourth gain of the day on the 11th hole. He doubled the 12th but parred his way home as he signed for a one over par round of 73.

On the second extra hole, Popert had a three-foot putt to secure victory in the first of seven G4D Tour events taking place in 2022.

“At the EDGA Dubai Finale last year I missed a short right-to-left putt that I should have made, so I’ve been practicing really hard on those,” he added. “When I was over that putt I thought to myself ‘this is where you’ve got to knock this in’. It was a really nice putt, so I’m really pleased.

“This Tour is only going to get bigger. It’s given me a platform to play golf after University. I’ve got high aspirations and want to keep pressing on. I’m very grateful for the opportunities that have been offered by the DP World Tour and the European Tour group, it’s just been brilliant.”

The next G4D (Golf for the Disabled) Tour event will take place from May 30-31 with G4D @ Porsche European Open at Green Eagle Golf Courses in Hamburg, Germany, with further events taking place in the Republic of Ireland, Northern Ireland, England, Spain and Dubai in 2022.