Meadow moves inside Top-50 in Race to CME Globe standings 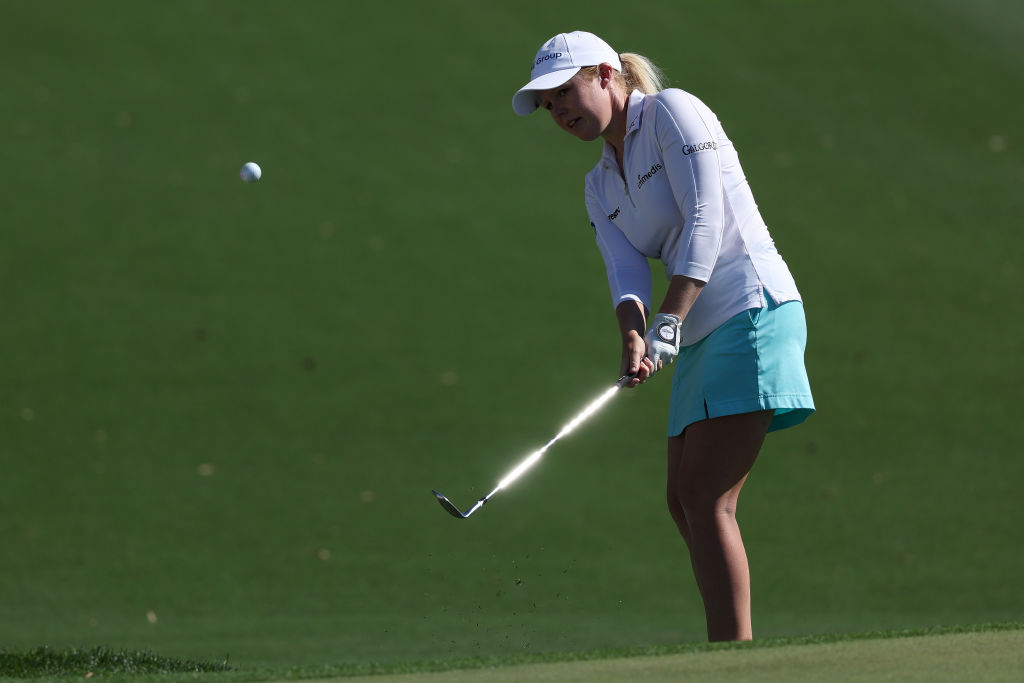 Stephanie Meadow was unable to mount a final round charge at the Palos Verdes Championship as she slipped down the leaderboard to finish in tie for 26th in California.

The Jordanstown woman entered the fourth round with an outside chance of claiming the title, starting the day four shots back, but two birdies, two bogeys and a double-bogey – all on her front nine – in a two-over 73 put paid to her chances.

At two-under-par for the week, she would end the tournament eight shots adrift of winner Marina Alex, who held off the challenge of World No.1 Jin Young Ko to claim her second LPGA Tour title by one shot.

For Meadow, it’s another positive result in her recent run of good form which has seen her finish inside the top-35 in four of her last five events, and moving up to 49th in the Race to CME Globe standings will always be welcome in her bid to retain her playing rights for next season, even this early in the year.

But there will be a sense that she let a good opportunity perhaps not to win the event but at least climb into the top-10 pass her by, especially given she hit only eight greens in regulation in her final round.

It was the wild front nine that cost her, bogeys at the fourth and seventh immediately cancelled out by birdies at the fifth and eighth holes, but a double-bogey at the par-four ninth dropped her back to two-over, where she would finish after parring every hole after the turn.

Still, it is another good result to add to the record and there will be a confidence that if she can keep scoring like this, eventually she will be able to put it together for four consecutive rounds.

Meanwhile, it was an emotional win for Alex, who ended a three-and-a-half year drought but conceded she thought she may never win on Tour again after several years of struggle on the premier circuit.

After winning the Cambia Portland Classic in 2018, the 31-year-old never quite put it all together again, but on this occasion she was in sparkling form as six birdies and a single bogey in her closing 65 saw her finish one shot clear of Ko at the top and lift the title.

“I’m not going to lie, if you had talked to me last year or the beginning of even this year, I didn’t think it was even a remote possibility that I was going to win ever again. I didn’t know how much longer I really wanted to be golfing ever again,” said an honest Alex.

I mean, I’m getting older. My back has been a struggle. Covid changed a lot of things, changed people. My priority of being home and kind of just spending more time in one place and feeling a sense of community has been important to me.

“It’s tough. Like the tour life takes you away from that, so I’ve had a lot of struggle I think internally with what I want, the direction I want to go, what my next steps are in my life. I think a lot of that has… not that it’s distracted my golf, but it’s definitely made me a bit more realistic of my future.

“I went into this year and I was like, I don’t know how many more years I’m going to play if I’m being perfectly honest. I just want to give it my absolute best this year and put every single opportunity into playing and putting myself in contention and trying to win tournaments.

“And, I mean, it’s amazing that it’s happened. I didn’t know if it was going to. My outlook this year was to go back to like 100%, and wherever that left me that left me.

“The day I want to step away from playing, I feel like I will have given everything that I have given to this game and to myself and to everyone that’s helped me get here. You know, I owe so many people a lot.

“So it’s been a tough journey, but I do think my perspective has changed a lot since 2018.”

Ko had set the clubhouse target with a 65 of her own taking her to nine-under-par but would come up just shy, with Megan Khang and Lydia Ko sharing third at eight-under-par after final rounds of 68 and 70 respectively.