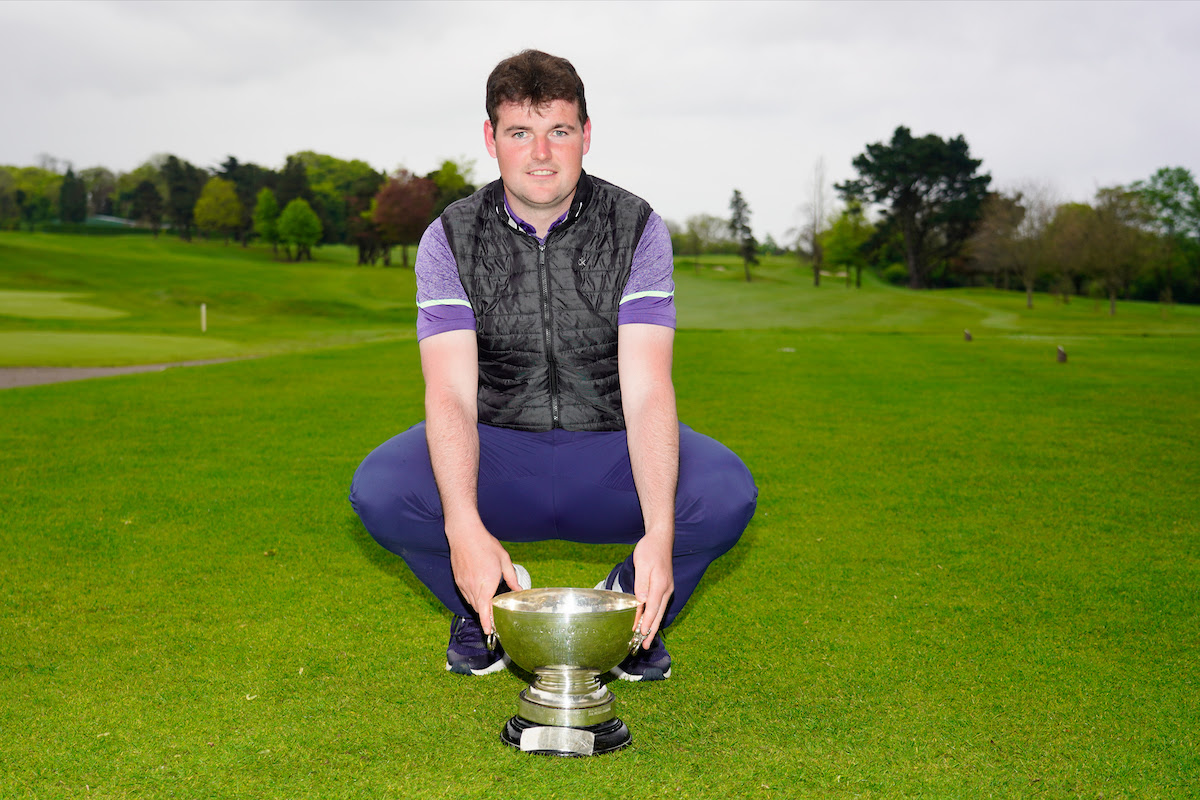 Jake Whelan was simply unstoppable this weekend as he romped to a seven-shot victory at the Munster Strokeplay Championship in Cork.

The Mullingar Scratch Cup champion took a ten-shot lead into the final round and there were no hiccups on Sunday afternoon as he completed the job easily.

Whelan dropped just five shots over the four rounds with three of those coming in his final round of one-under 71.

Teeing off on Sunday morning with a five-shot lead at the halfway stage, Whelan doubled that advantage after 54 holes as he fired a flawless four-under 68 to all but end the hopes of the chasing pack.

Whelan cruised to the turn in 33 with birdies on the second, seventh and ninth before a birdie on fourteen and eight pars saw him home in 35.

The Dubliner maintained his ten-shot cushion through five holes of his final round with birdies on two and five before dropping his first shot in 26 holes with a bogey on the 8th.

A brace of birdies on eleven and twelve strengthened his position once again before his fourth and fifth bogeys of the week arrived on 13 and 15, but there was no reason to panic as he closed with three successive pars to win.

Speaking after his win, Whelan said he was unsure how to capitalise on his big lead overnight.

“It was hard to know what to do today. I wanted to get off to a fast start, but only had one birdie in the first six holes. I was bogey-free this morning, which really helped in the afternoon.

Whelan won the Mullingar Scratch Trophy in a similar format last year, and he felt his performance in the opening round was crucial to the win.

“I played well on Saturday morning, when I went early. It made going out in the afternoon far easier. I love playing parkland golf. I find it more predictable than I do on the links courses.

With the Flogas Irish Men’s Amateur Open taking place in less than a fortnight, Whelan feels his game is in a good place heading for The Island.

“I haven’t played the course since they made the changes, so I’ll try and get out there before the competition. If I can play tee to green like I did this week, I’ll be happy.”

Local boy Gary O’Flaherty gave it everything to try and pull off the unlikeliest of wins but his superb five-under 67 never threatened Whelan and he settled for second place on nine-under.

The Cork Golf Club man roared out of the traps with an eagle on the par-5 2nd before adding a birdie on the 9th.

Further birdies on 11 and 13 followed as O’Flaherty came home with five straight pars.

Galgorm Castle’s Joshua Hill secured third place with back-to-back rounds of 69 on Sunday while Castleknock’s Paul Coughlan was fourth on four-under after a disappointing one-over 73. Hill also won the Carr Bruen Trophy for the leading Under-25 player. 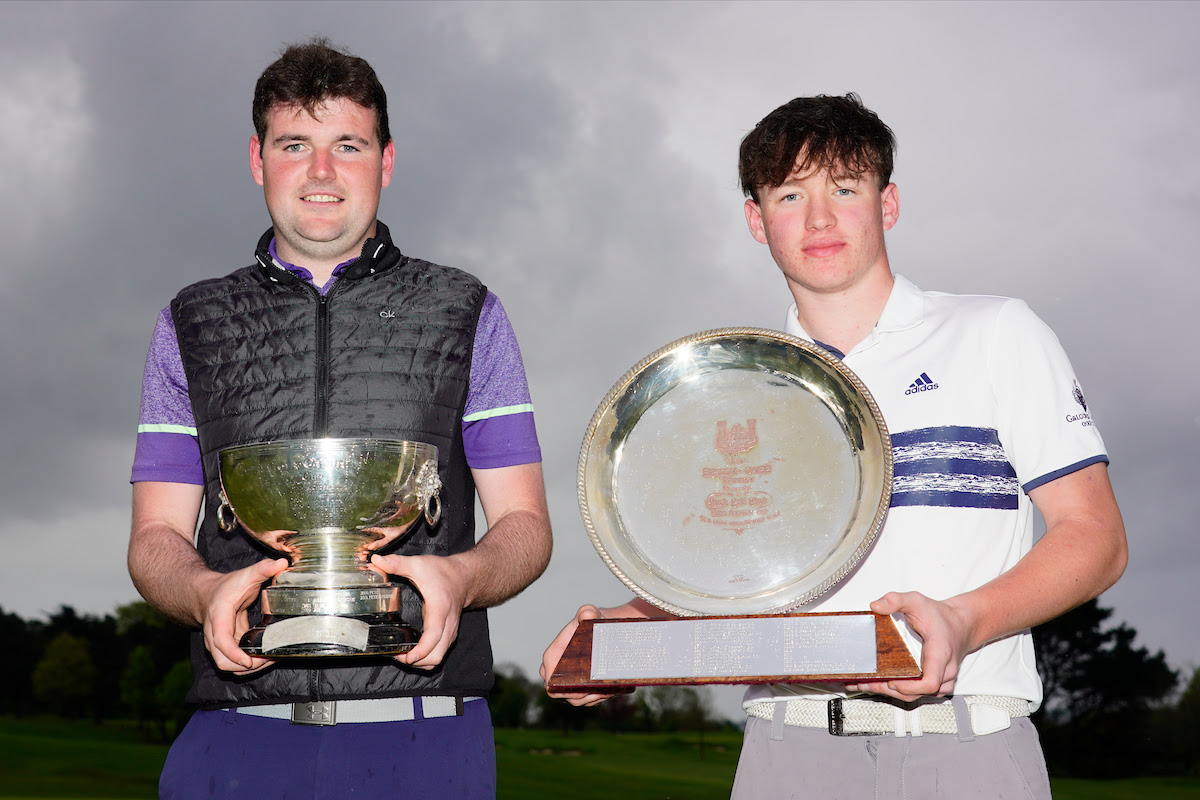 Westport’s Harry Gillivan was fifth on three-under after a rollercoaster 36 holes saw his challenge fade. Rounds of 74 and 73 were littered with plenty of birdies but too many mistakes for the Maynooth University student.

Gillivan started well on Sunday morning with two birdies in three holes before closing out his front nine with three bogeys in four. A brace of birdies to open his back nine had him in the mix again before a double-bogey five on 13 and a bogey on 17 put paid to his chances.

Gillivan slipped further down the leaderboard in his final round after he turned on plus three before playing the back nine in two-under for a one-over 73.