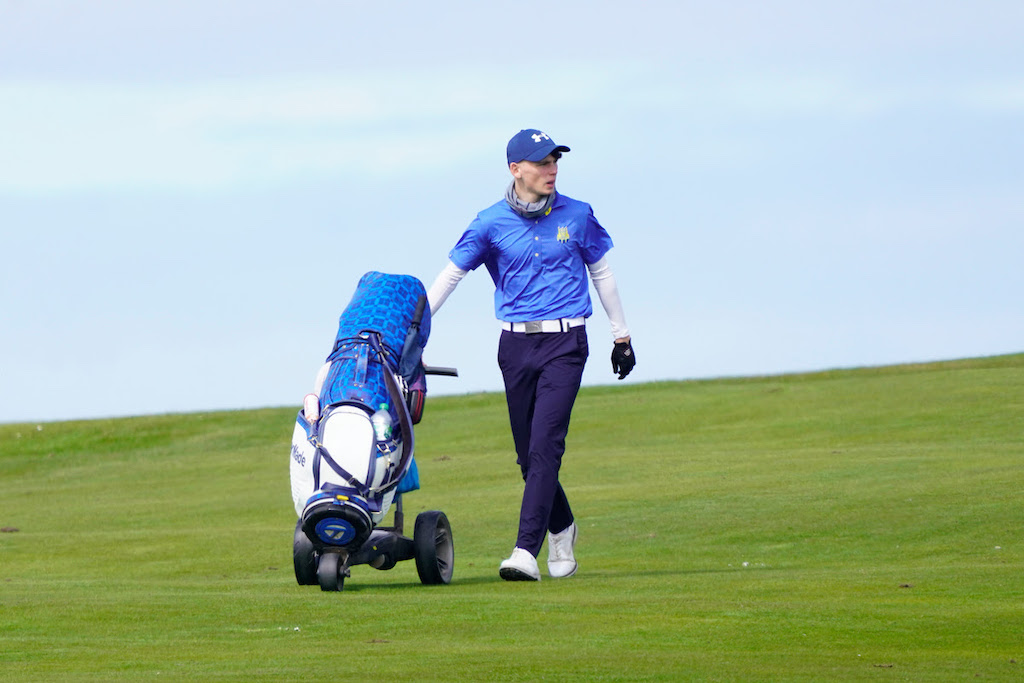 Morgan Cain (Cork) on the 18th fairway during Round 1 of the West of Ireland Picture: Golffile | Thos Caffrey

The Munster Men’s Stroke Play Championship has become the perfect distraction for Morgan Cain. A student in CBC Cork, Cain is playing in his local Cork Golf Club this weekend, while also studying for his Leaving Cert.

Cain won the Munster Under-18 Boys Open last year in his final year as a junior. He says he has already seen the difference in class, playing in the senior ranks.

“They are so much more difficult than the junior events. The standard is ridiculous so far. I’ll have an advantage this weekend playing at my home club, but I’ll have to play well if I want to compete for the title.

“The Munster Boys win gave me a lot of confidence last year, but this year is all about gaining experience playing the big events.”

With only a few weeks to go until the Leaving Cert, Cain admits he hasn’t played as much as he would have liked to this year, but sees the Munster Stroke Play as a brilliant distraction from his studies.

“To have a free weekend this weekend, it’ll be my last before the Leaving Cert and I hope it can be a good one.”

Coming off a successful 2021 as a junior, Cain says he will have to “lower expectations” in 2022, but still hopes to impress.

“I think this year is about making cuts, gaining experience and playing on the tougher courses that wouldn’t feature on the junior circuit.”

Despite his expectations for the year, Cain still feels local knowledge will be invaluable this weekend at his home course, in what is the second event of the 2022 Men’s Bridgestone Tour.

“I’ll give it a shot this weekend. If I’d be in contention going into Sunday I’d be very happy.”

With two rounds to play each day, a winner will be crowned on Sunday evening, with Douglas golfer Peter O’Keeffe looking to win the title for a third year in a row.