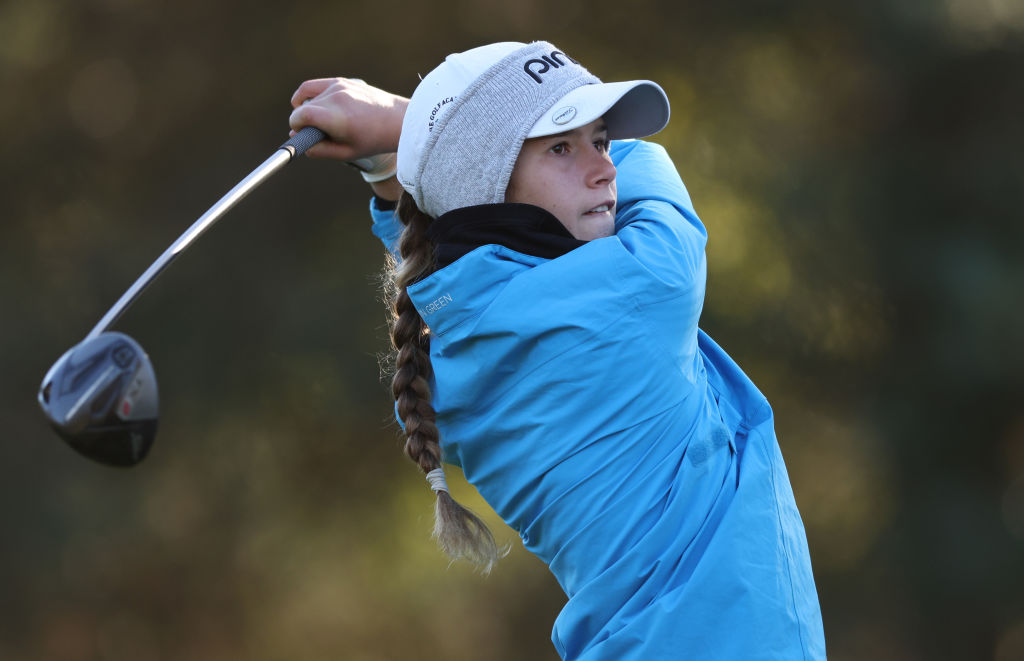 Ireland’s Marina Joyce-Moreno is in a share of the lead after the opening round of the R&A Girls U-16 Amateur Championship at Enville Golf Club.

The Spanish based golfer is tied at the top with Scotland’s Grace Crawford after the pair shot one-over 73s.

Joyce-Moreno who played a starring role in Ireland’s successful Quadrangular side carded three bogeys and a pair of birdies in her opening round.

Joyce-Moreno started well with an early birdie on the third hole before a bogey on 8 saw her turn in 36. A birdie, bogey start to her back nine was followed by five successive pars before she let a shot slip on her penultimate hole to drop out of the outright lead.

In contrast, Crawford’s 73 was much more eventful. The West Links Junior golfer carded just two pars on her opening nine. Three birdies and four dropped shots saw her turn in 37 before a birdie on ten made it three in four holes as she moved to level-par.

The Scot dropped her fifth shot of the day to fall back to plus figures alongside Joyce-Moreno.

The top-16 are separated by just four shots which includes Edmonstown’s Anna Abom who shot an opening effort of five-over 77.

Royal Tara’s Hannah Guerin is a shot further back on plus six while Oughterard’s Kate Dillon is seven-over.

Niamh O’Grady of Blackbush the daughter of Leona Maguire’s coach Shane O’Grady is on plus eight as is Olivia Costello of Roscommon after an 80.

Elm Park’s Kate Fleming and Baltray’s Ellen O’Shaughnessy are a shot further back on nine-over.