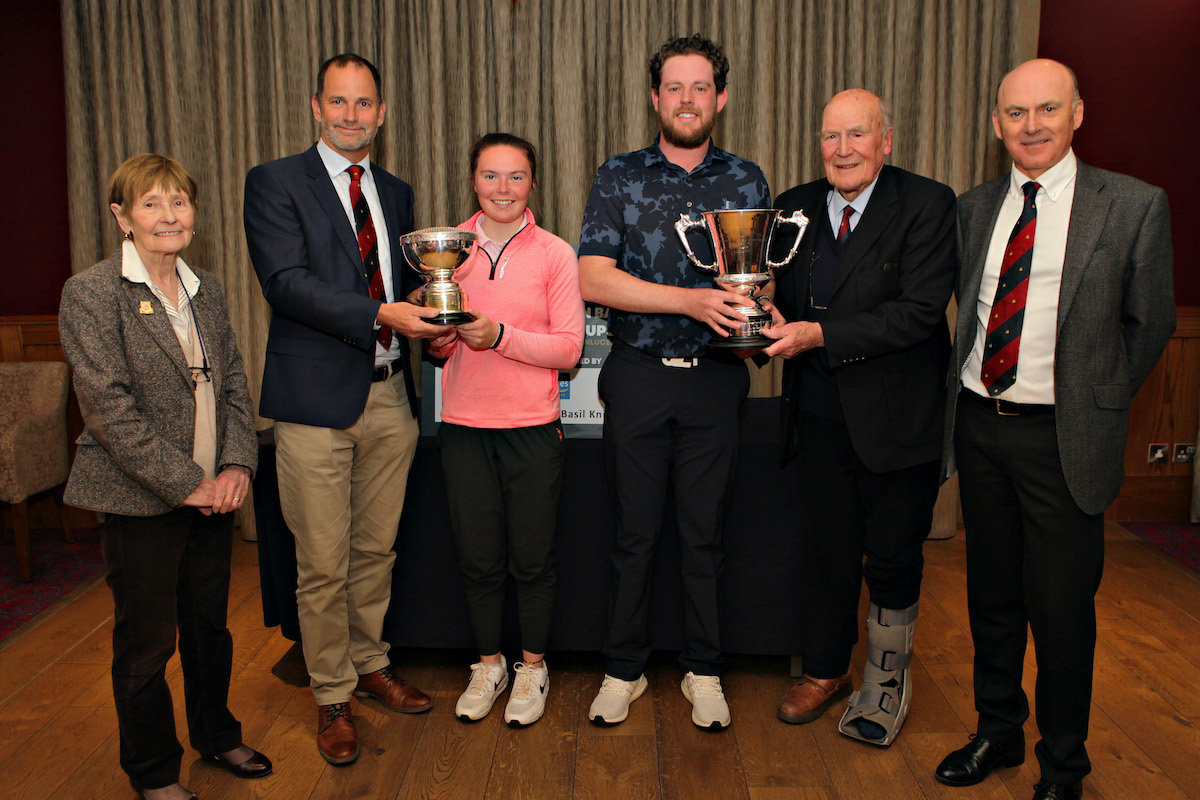 Beth Coulter and Matthew McClean were the big winners in the 36-hole stroke competition for men and women at Royal Portrush yesterday (Sunday).

Biting cold temperatures and a strong winds, especially in the afternoon, made for challenging conditions on the Dunluce and Valley links.

This inaugural one-day event embraces Golf Ireland’s policy of greater inclusivity as part of its strategic plan to grow the sport at all amateur levels, and many of Ireland’s top amateurs were among the 45 women and 45 men who teed up.

Coulter, shot a seven-under par 66 on the Valley before posting two-over on the Dunluce, finishing an impressive nine shots clear of her nearest challenger Katie Poots of Knock.

The ‘A’-level pupil at Our Lady and St Patrick’s College, Belfast, who is due to begin a golf scholarship in Arizona in August, bogeyed 14th, 16th and 17th on her second round but was still well ahead of Poots, Clodagh Coughlan (Douglas) and  Lisburn’s Paula Grant, both on five-over for a total 152.

Beth said: “The afternoon was much more difficult, and you had to allow for the stiff wind.  It’s still early in the season, but both courses were in great condition.”

Zara Bolton, a member at Royal Portrush until her death in 1994, is a former captain of a winning Curtis Cup team (Princes, Kent, 1956) and Coulter is in the running to be chosen for this year’s team to play the United States at the Merrion Golf Club, Pennsylvania, in June.

It was a much tighter affair in the men’s.  McClean had a five-under on the Valley, but wobbled slightly on the Dunluce, dropping three shots at the 14th and 15th after finding sand.  But he steadied himself on the closing stages, paring the final three holes to collect a solid silver replica of the cup which Ian Bamford won when lifting Irish Amateur Open title at Portrush in 1957.

Mulholland finished one behind on a total of 140, three ahead of Aaron Edwards-Hill (Chelmsford), the 2019 North of Ireland winner and the fourth placed Padraig O’Doherty (Gweedore).

McClean, an optician, said afterwards:  “I did well to par the 16th (Calamity) after knocking my first putt six feet past and 17 and 18 were more or less tap-ins. “So I didn’t really feel nervous.  I knew if I shot level par in the afternoon, I would probably win.”