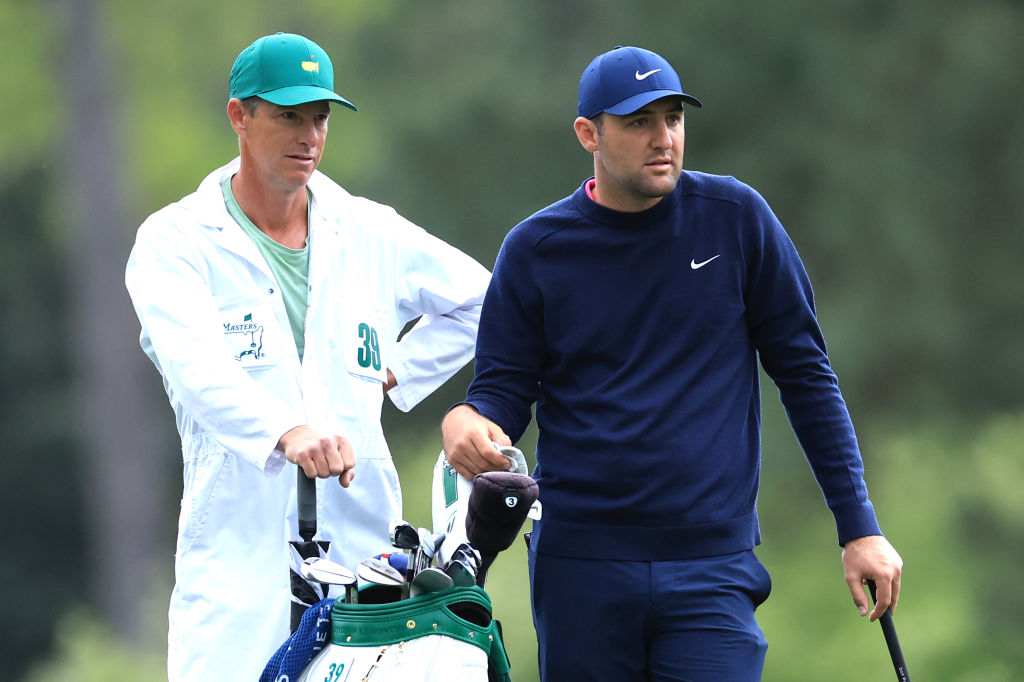 World No. 1 Scottie Scheffler heads to the closing two rounds with Masters victory history very much on his side.

Scheffler’s best tamed the testing conditions with scores of 69 and 67 to lead by five shots at eight-under-par, and head the field with just 15 players of the 45 that made the cut managing to be under par ahead of the third day’s play.

The 25-year-old Scheffler not only stands two rounds away from a maiden major championship but he should plenty of comfort knowing that only six players in the 85-year history of the Masters have taken a 5-shot lead into the last two rounds and all but one, Henry Cooper in 1936, was fitted with a member’s green jacket.

Herman Keiser was the first in 1946 to win the Masters when leading after 36-holes by five shots.  Jack Nicklaus captured his fifth of six Masters wins when leading by five in 1975, and then a year later Raymond Floyd did the same while Jordan Spieth led by five at 14-under after two days and with the Texan eventually won by four.

Better still Scheffler has been the dominating player this season winning three of his last five events, including his thumping victory display at the WGC – Dell Technologies last month in Texas.

Surprisingly, this week is only his third Masters but then with results of T19 on debut in 2020 and then a T18 last year, the Garden State-born golfer clearly finds comfort walking among the Azaleas, Pink Dogwoods,  Flowering Peaches, Magnolias, and Golden Bells.

As well, this week marks only his 11th appearance at the game’s highest level, with Scheffler’s best finish a T7th in last year’s US Open.

“Leading the Masters just gives me more confidence heading to the weekend”, he said.  “Once I saw that I took the lead, my first thought was to just keep trying to build it just because I feel like I’m playing well.

“That will be the goal going into the last two days, just to keep putting myself in good positions, execute shots, and as long as I’m committed to everything, everything should be fine. The rest really isn’t up to me.”

Scheffler’s opening round was stamped by back-to-back birdies at eight and nine and would have been blemish-free had he not bogeyed the last.  Scheffler made two bogeys in succession in bogeying his opening hole on day two but it was a five-hole stretch of birdies at 12, 13, 15, and 16 that saw him distance himself from the field

If Scheffler adds another 67 or thereabouts later today, we could very well find daylight a distant second heading to Sunday’s final round of the year’s first major.

Some interesting statistics staring at Scheffler is that the last player to win on the PGA Tour and then win a major championship in his next event was Spieth in 2017 when he captured the Travelers Championship and then the 147th Open Championship.

As well, the last time a player won four times in six PGA Tour starts was Aussie Jason Day in 2015, with the third of his wins being the PGA Championship.

Scheffler’s goal to win a maiden Masters is also enhanced as it was only two years ago Dustin Johnson, then World No. 1 won at Augusta National, where the Rankings were founded at the 1986 Masters.