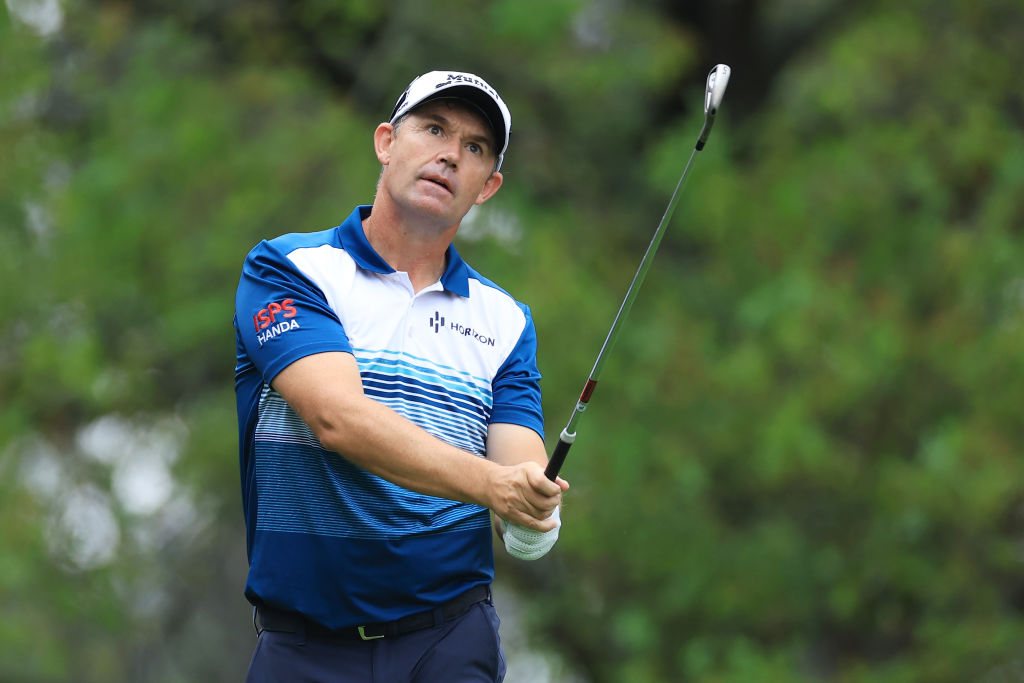 Padraig Harrington was left to rue what could have been in the opening round of The Masters as two late bogeys saw him finish with a two-over 74 at Augusta National that on another day might have been something in the 60s.

The 50-year-old realistically could have birdied his first four holes but was instead just two-under thru four and would slowly slip back to level-par over the course of the next eight holes, before a three-putt bogey at the 16th and another at the 17th saw him finish over-par.

It was a cruel way to finish what had been a decent round overall for Harrington on his first appearance at Augusta in seven years and will likely require him to produce something in the 60s on Friday to hang around for the weekend.

“I was in a nice place all day. Struggled a little bit later on. Overall I should have finished better than two-over, a 70 would have been a reasonable return for how I played,” said the former European Ryder Cup captain, who only hit nine fairways and nine greens in regulation.

“Disappointed to the extent that I could have shot a 69 or 70 out there. Generally I don’t start well in Majors, so it would have been nice to start well and not have to worry about working ever so hard for the rest of the week.”

Things could have been so much better if Harrington had capitalised on his rapid start. Birdies dropped after a sumptuous chip on the short par-four third and an outstanding tee shot to four-feet at the par-four fourth, but a six-foot miss at the first and another short miss at the par-five second could have easily been birdies, too.

“Glorious shot into the first hole. I could have comfortably been four-under thru four, I was certainly leading the proximity (to the hole) after four holes!” he laughed.

A three-putt from 54-feet at the par-four fifth cost the three-time Major winner his first shot of the day, but he more than made up for it at the par-three sixth when he compounded the error of missing the green by chipping long of the pin and down the slope to 67-feet away – but he saved the situation by holing the putt up the slope for par.

“You’re standing there thinking I can try and two-putt it, and if I try and two-putt it then I could four-putt it and walk off with a six. If you leave it short or hit it 15-feet by then you’re taking six. But I had to convince myself to try and hit a good putt,” he explained.

“It’s a fluke it went in the hole, but to make four where I was in two would have been a bonus. I hit my tee shot and it’s not great, but when I chipped it I was far worse off! That’s often the case with Augusta: when you get out of position, it’s not easy to hit it to 10-feet and maybe hole it. If you get it wrong at all, you’re down a slope and thinking double-bogey.”

Another bogey came at the par-four seventh when he failed a sand save from the green-front bunker, but he got back under-par with a nice up-and-down at the par-five eighth, and he produced back-to-back up-and-down saves for par from short of the ninth and 10th greens to stay one-under.

But his worst putt of the day came at the par-three 12th, a fine sand shot from the back bunker leaving him with four-feet for his par, but he blocked the putt right and walked away with a bogey to drop back to level.

“Of all the putts I had today, that was the one I never committed to the line I picked, pushed it and it went the wrong way. I’d been excellent for the rest of the time, that just got away from me,” said Harrington.

He almost had the most unlikely of birdies on the par-five 13th after hitting his second shot into Rae’s Creek, lipping the hole with his chip, and then another up-and-down from over the 14th green saved par.

But his finish would cost him a nicer number on the scorecard, Harrington three-putting from 40-feet at the 16th – his poor first effort costing him – for a bogey, and he added another at the 17th when he over-shot the green again but this time couldn’t save himself with his short game.

“16, I just hit it left, pretty easy two-putt and I whiffed the first putt 10-feet short,” he explained.

Overall, however, there were plenty of positives to take from the round for the Dubliner, and he admitted he enjoyed the challenge at his first Masters since 2015, especially with the course a bit softer following the deluge of rain on Tuesday and Wednesday.

“The course is very nice, as always with Augusta. You hit good shots and you think it’s easy, then you hit a bad shot and get out of position you think ‘oh my God how did they put the pin there?'” said Harrington.

“If you’re in position, it’s nice, especially today with a bit of give on the greens. You feel like you can fire on pins and make birdies from anywhere. And then you get yourself out of position and you think ‘that’s difficult’.

“Personally I would like that challenge that’s there right now all the time, with a little bit of wind where there’s also a little bit of give on the greens. When it gets very firm and fast, like Monday afternoon, that can be harder because it can tend to punish the good shots. In these conditions, you can really hit good shots out there and make plenty of birdies, and the bad shots are still getting punished.

“I really liked the challenge there today.”