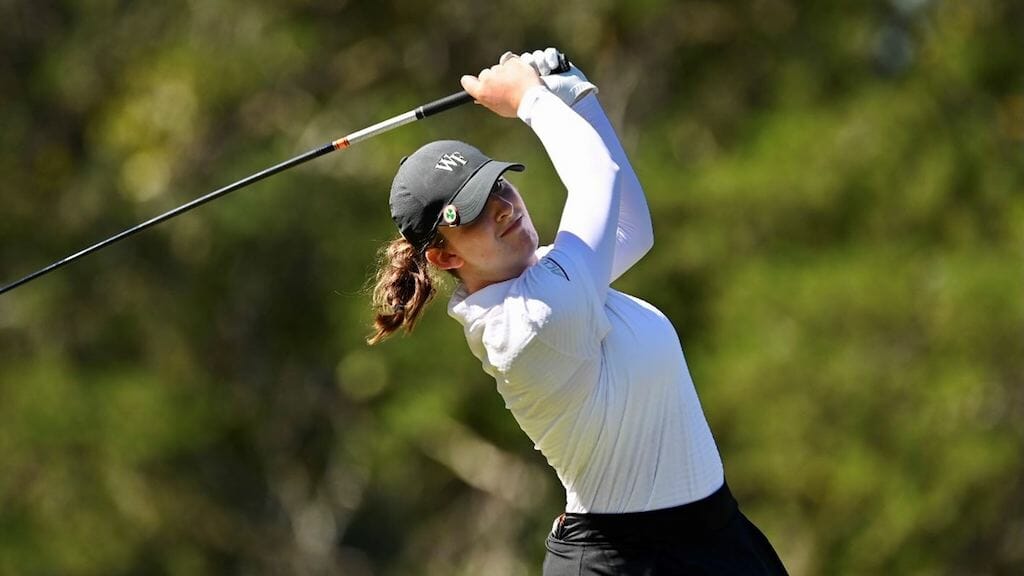 Walsh’s 36-hole total of seven-over fell one shy of the cut after a weather delayed two rounds at Champions Retreat with the top-30 advancing to the final round at Augusta.

The Castlewarden native found herself just five shots off the pace when play was suspended for darkness last night after heavy rain delayed the start of round two but late bogeys cost her a place in tomorrow’s final round.

The Kildare woman returned to the course on Friday afternoon but dropped shots on 15 and 16 proved costly bringing an end to Irish interest in the event.

Walsh who is a student at Wake Forest University was unable to find a late birdie to force her way into the playoff for the final spot in round three, that berth went to Germany’s Paula Schulz-Hanssen who survived a four-hole playoff for the 30th and final position.

Just six strokes separate the 30 girls teeing it up at Augusta on Saturday with Beatrice Wallin and Latanna Stone leading the way on level-par after rounds of 71 and 72 respectively.

World number one amateur Rose Zhang is lurking just three behind on three-over after a one-under 71 and she is alongside Walsh’s Curtis Cup teammate Caley McGinty who fired a one-over 73.

Emma Spitz of Austria, Amari Avery and Danish player Amalie Leth-Nissen are one-shot off the pace on one-over heading into the final round.