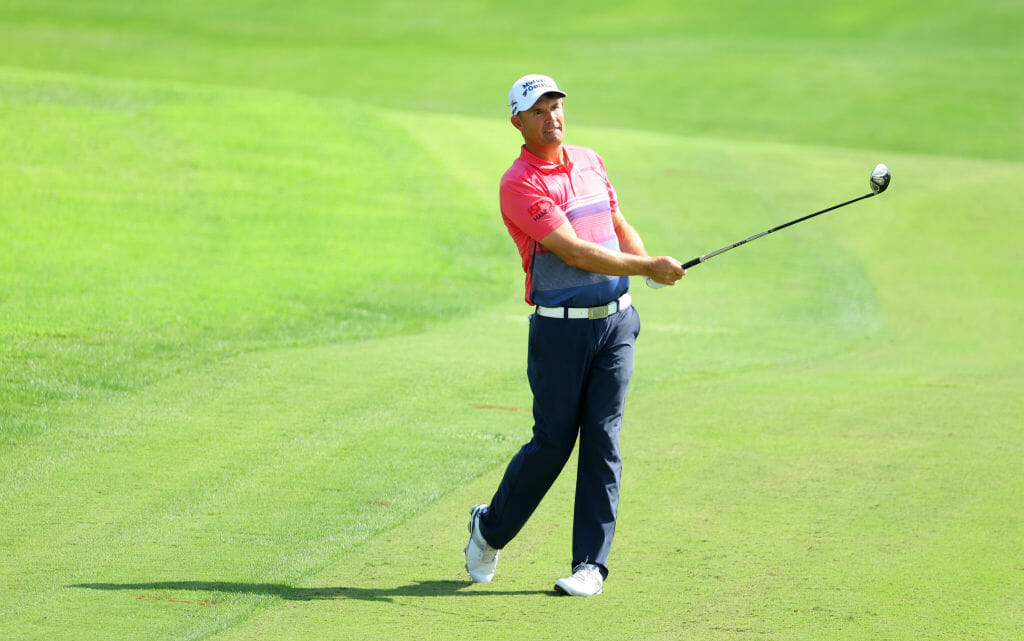 Padraig Harrington admits he has had to adapt his game to the new challenge of the PGA Tour Champions – but it seems to be working after he fired himself into a share of the lead after the opening round of the Rapiscan Systems Classic.

The former European Ryder Cup captain took advantage of the par-fives at Fallen Oak Golf Club, playing them in four-under on his way to a five-under 67 that has him tied at the top alongside Tim Herron after day one.

The 50-year-old has conceded that he has had to get used to the low scoring on the seniors circuit as opposed to the more conservative approach taken by some on the PGA Tour, but he seems to have struck a good balance in Biloxi, Mississippi.

It makes a nice change to what he has been used to on the main US tour, where he hasn’t finished inside the top-40 since last year’s PGA Championship, and Harrington admits he has had to become a bit more aggressive in his play.

“You know, somewhat my game has kind of got a bit anti-bogey, I think on the PGA Tour I’m only making three or four birdies a round at most, two or three actually being generous.

“I’ve just got to get used to making lots of birdies again and making some eagles as well, because the par-fives are an opportunity.

“I could be maybe at Valero and playing hard, grinding away and be 30th in the field. I could be playing better than winning here, but winning, you’re under a certain amount of pressure.

He sits alongside Herron, who birdied four holes on his back nine on his way to a 67 of his own, with their lead one shot over Stephen Ames and David McKenzie, who both signed for four-under 68s at Fallen Oak.

Meanwhile, Darren Clarke had an adventurous day as an eagle, two birdies, two bogeys and a double-bogey led to a level-par 72 that has him in a share of 26th after the opening round.

The 53-year-old turned in one-over with a bogey at the third, but eagled the 11th and then bogeyed the 12th to get to level-par, with two late birdies at the 15th and 17th undoing the double-bogey, which came at the par-three 14th.