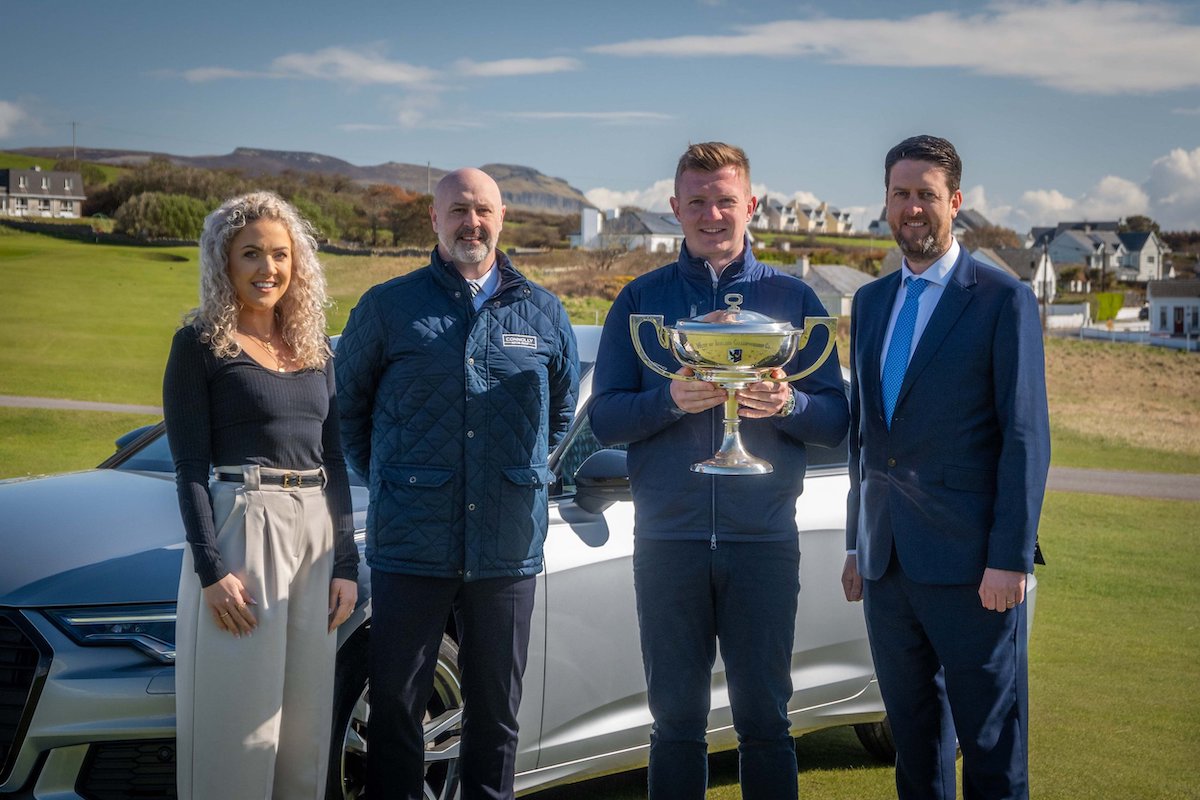 The 99th edition of the West of Ireland is set for Rosses Point Links in two weeks’ time and the tournament has announced a new sponsor in the shape of Connolly’s Audi.

The famed County Sligo course will host the event from April 15-19 as Hugh Foley returns to the site of an emotional win last year while local favourite TJ Ford will bid to add to his South of Ireland title at his home club.

The Royal Dublin golfer defied the torrential conditions to lift his second major title just months after the death of his father.

The traditional season-opener will also be played under a new format this year. The tournament will be played across 54-holes of strokeplay with the top-16 advancing to the match play bracket after three rounds.

The deal with Connolly’s Audi is a twelve-month affair and the championship gets underway on the 13th of April as 92 players will bid to claim the final six places on offer in the 132-player field.

“The main reason we are sponsoring the West of Ireland Championship is that it’s a fantastic competition, and it is right on our doorstep here in the west of Ireland,” said Neil Connolly, owner of the Connolly Motor Group.

“We have a huge customer base in the area and Connolly Motor Group, along with Audi, are synonymous with golf, so golf is very close to our hearts.

“When you live here locally, you see the community spirit involved from the members and all the volunteers. So it was an easy decision for us to say, yes, count on us.”

TJ Ford is relishing the prospect of winning on home soil in a fortnight and feels the change in format can give him a greater chance of winning the West.

“The new format will be interesting to see,” said Ford, who was seventh behind Foley when the championship was played as a 72-hole strokeplay event in September last year due to the Covid-19 pandemic.

“There should be a great matchplay field because the quality should come through over 54 holes. If you make the 54-hole cut, you should have as good a chance of winning the West as you will ever have.”