Meadow makes the most of moving day at JTBC Classic 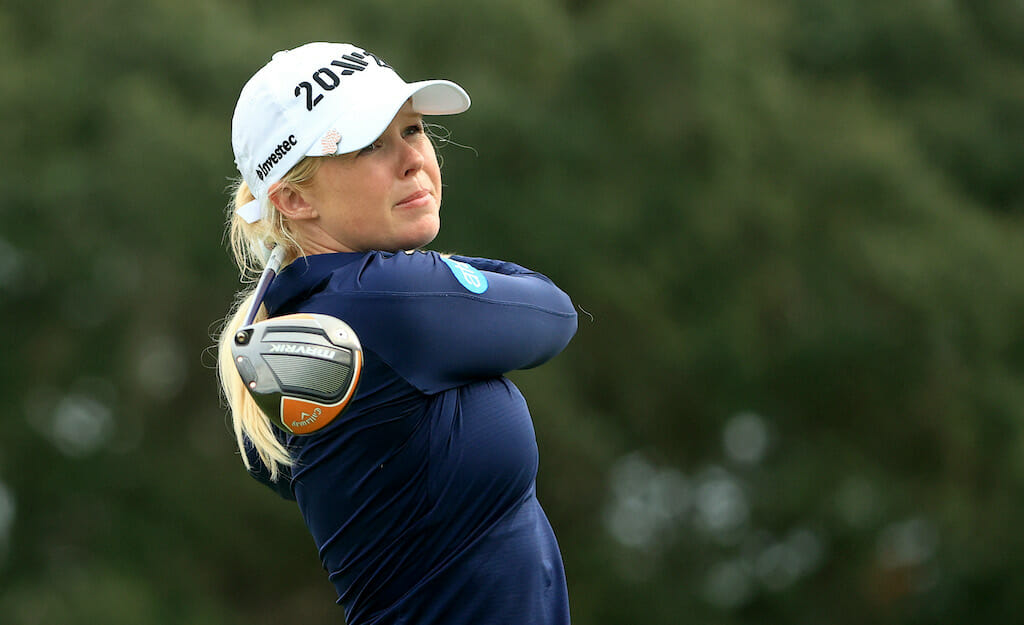 Stephanie Meadow has positioned herself nicely for a big finish at the JTBC Classic in California after she moved just outside the top-10 with a five-under 67 in her third round.

The Jordanstown woman heads into the final day at Aviara Golf Club in a share of 11th at eight-under-par for the week after seven birdies and two bogeys on Saturday – however her round could have been even better.

Meadow had started superbly with six of her birdies coming in her opening ten holes, before a bogey at the 11th, but despite getting up to nine-under she would bogey her final hole of the day to drop back one stroke.

It was still a fantastic day for the 30-year-old, though, and one more big round could secure her first top-10 finish since last year’s Olympics, and first at an LPGA Tour event since the 2020 Pelican Championship.

She won’t count herself out of the running for the title either as she is six shots off leader Nanna Koerstz Madsen going into the final round, however she would need something spectacular to sneak in and win.

Cavan’s Leona Maguire is also still in the mix for another impressive LPGA Tour result as she is currently 20th after a one-under 71 in her third round left her six-under-par for the tournament.

Just two birdies and one bogey saw the 27-year-old fall down the leaderboard on the day, but she is still in a good position going into the final day and even if she isn’t in contention to win she will want a good final round to take into next week’s first Major of the year, the Chevron Championship.

Madsen looks like she’ll be carrying plenty of momentum to Mission Hills and she will hope she takes a win there, too, as she is three shots clear of the chasing pack after a three-under 69 – consisting of six birdies, one bogey and a double – on day three saw her reach 14-under.

It looked like it would be a two-way battle at the top as Korea’s Na Rin An was tied for the lead going down the 18th after going eagle-birdie at the 16th and 17th, but a costly triple-bogey at the final hole saw her drop back to second place at 11-under after a 69.

World No.1 Jin Young Ko isn’t out of the picture either at 10-under following a third round 70 and she is joined at that mark by ISPS HANDA World Invitational champion Pajaree Anannarukarn and Canada’s Maude-Aimee Leblanc.