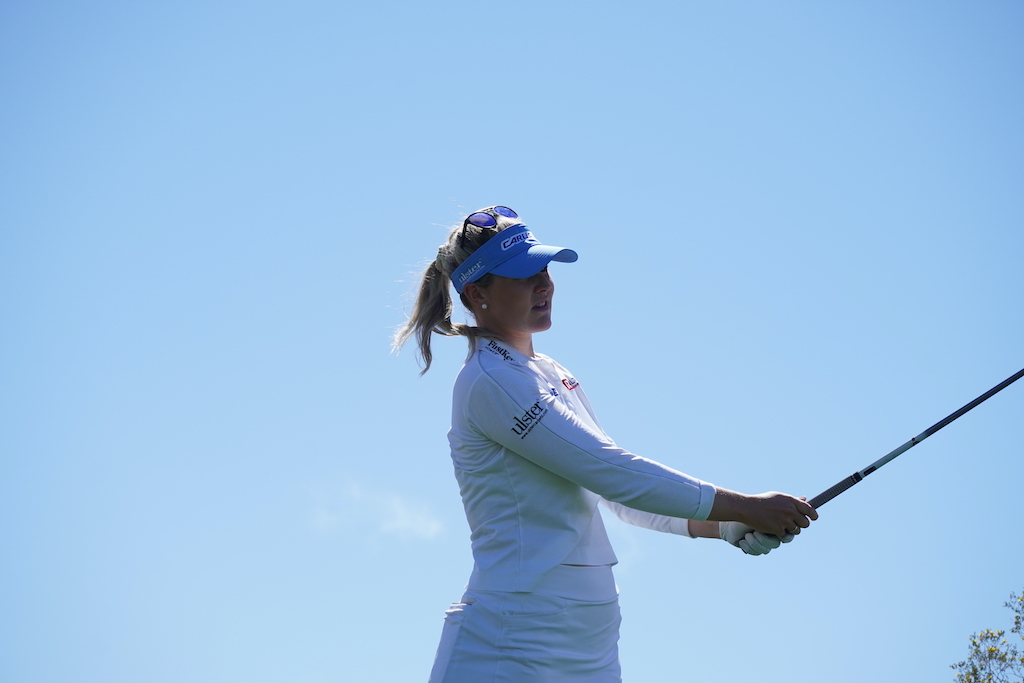 Olivia Mehaffey will look for a confidence boosting final round at the Joburg Ladies Open after sliding down the leaderboard on day three at Modderfontein Golf Club.

The Tandragee woman carded a six-over 79 to drop to 11-over-par for the week and at 66th in the standings in her LET season debut, she is simply looking to try and claw her way back up into the best finish she can manage in South Africa.

It was another troublesome back-nine that did a lot of the damage for Mehaffey, who strung together three consecutive double-bogeys on her return to the clubhouse and, allied with four birdies and four bogeys, resulted in another tough day for her.

The former Arizona State star is still young in her career having not reached a year in the professional ranks, however she is getting a crash course in the upper echelons of the game, but will hope to show some signs of resurgence in Sunday’s final round.

Meanwhile, Sweden’s Linn Grant will take a commanding five-shot lead into the final round as seven birdies and one bogey led to a sensational six-under 67 in round three and she is the only player in double-figures at 11-under.

Switzerland’s Kim Metraux is her closest challenger at six-under after a 71 in her third round, with South Africa’s Nicole Garcia leading the home charge at five-under alongside England’s Alice Hewson and Spain’s Maria Hernandez.