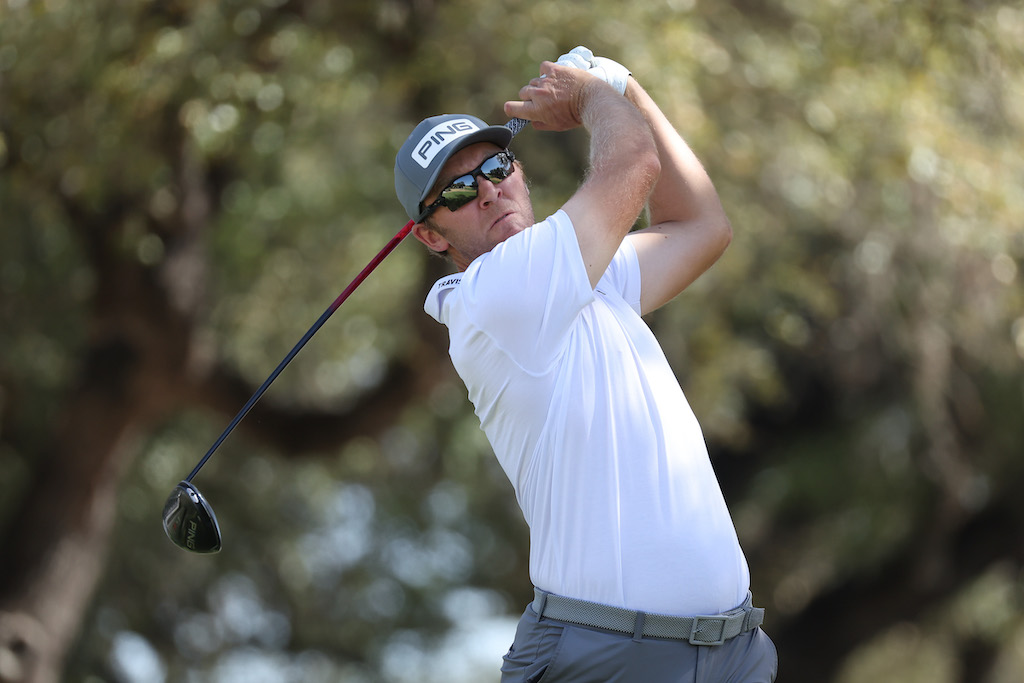 Seamus Power is assured of a maiden Masters invitation after qualifying for the weekend knock-out stages of the WGC – Dell Technologies Match-Play in Austin, Texas.

Power lost his final round-robin match 2 & 1 against American Keith Mitchell but with World No. 4 Patrick Cantlay defeating Sungjae Im by the same score, Power topped the group to go through to the last 16.

And by finishing atop of his group, Power will move up two places to World No. 46 with the Wentworth-based World Rankings body indicating it will be good enough to cement a maiden Masters invitation.

Powers will be officially confirmed in the Augusta field for the April 7th commencing Masters at the close of next week’s Valero Texas Open. It now means Power joining Rory McIlroy, Padraig Harrington and Shane Lowry in The Masters.

The Las Vegas-based Irishman, who was unbeaten after the opening two days, went down to Mitchell on the 17th green of the Austin Country Club course. Power was 1 down to a Mitchell birdie on the fifth, and got back to level with what would be his only winning birdie at the sixth.

From thereon, it was all Mitchell winning the 12th with a par, then holing a near 30-footer for an eagle ‘3’ at 13 to go 2-up before a string of five matching pars, with Mitchell being conceded his short par-saving putt on 17. Though it was on the 16th green Power was informed of group success

“I’d just putted out on the 16th green when I was advised I was through to the weekend, so it was a nice feeling given I was two down myself,” he said.

“It was a kind of strange feeling knowing I was losing but I am still going through, but the goal at the start of the week was to get through into the knockout stages, and I’ve done that. So, it’s onwards and upwards.”

Looking back on his match against Mitchell, Power admits he needs to spend the afternoon on the practice range.

“I didn’t play my best today. I played probably the worst I’ve played,” he said.

“My golf has improved and things don’t quite seem as hard on the golf course. But besides that still, I’m really enjoying it and looking forward to playing my next round.”

The Group 4 points table saw Power win through with two points from his two earlier wins, while Mitchell and Cantlay had one and a half points apiece, and Im one point.

And with Power revealing he first met the current World No. 17, and also the highest world ranked England-born golfer, during a practice round at the recent Players Championship.

Hatton was asked his thoughts on tackling Power.

“Another tough match. Yeah, they’re all hard,” said Hatton. “I hope I play a lot better than I did today. It’s a shame because obviously I played nicely yesterday and thought I would get momentum, and then just today being a new day, things were slightly different and it didn’t quite work out, but we ground it out when we had to, and yeah, obviously very happy to win.”

Meanwhile Shane Lowry took undefeated Brooks Koepka all the way to the final green, with the Clara golfer going so close to forcing a play-off in their group before Koepka won 1 up.

Koepka produced back-to-back birdies at the opening two holes to quickly go 2 up and then went to 3 up with a birdie on six, before Lowry stopped the slide in winning the eighth with a two-putt birdie, and then taking right to his four-time majors winning rival, and clawing his way back to all-square with winning birdies at 11 and 12.

It was still even when Koepka missed the green well left at 18 but he then pulled any winning carpet right out from under Lowry in landing a near 50-foot chip shot to eight feet for what would be a winning birdie, with Lowry two-putting for par and losing 1 down.

While Koepka now faces World No. 1 Jon Rahm, Lowry was headed home to Florida, and next week he will  spend two days with his coach at Augusta National as a warm-up ahead of the Masters.