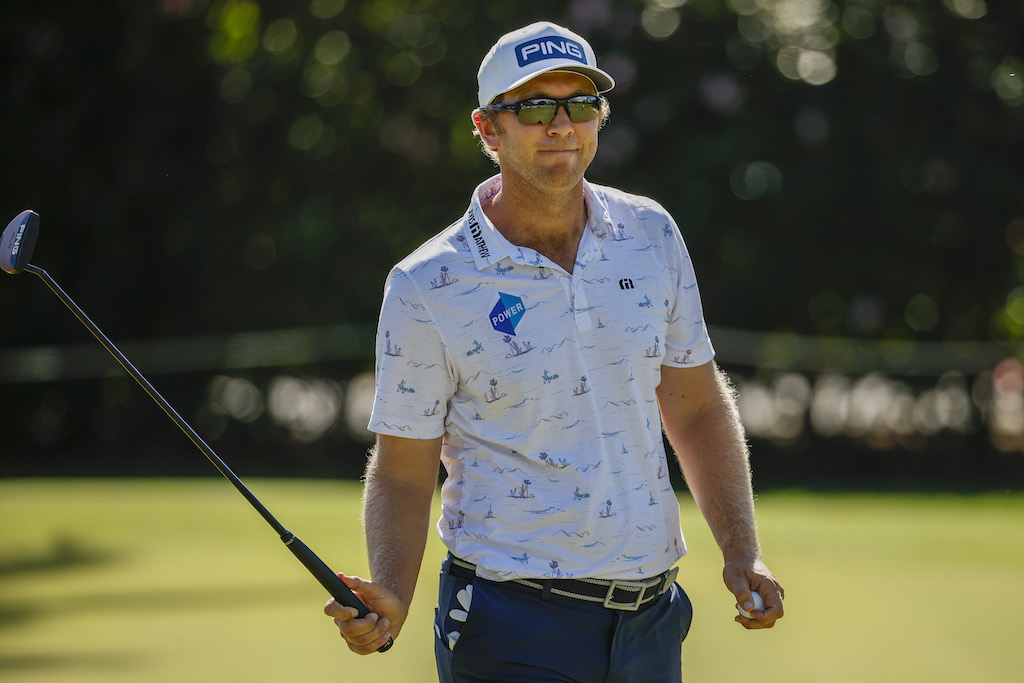 Seamus Power teed-up in his maiden WGC – Dell Technologies Match-Play in Texas as a member of the DP World Tour, looking to take his PGA Tour victory game into next year’s Ryder Cup in Rome.

Power is now an ‘affiliate’ member of the DP World Tour and all money earned this week and in any other WGC or Major he contests this season will now count towards the Tour’s Race to Dubai rewards and also full membership heading into 2023.

As well, Power will not only be looking to make an impression in tournament competition on the DP World Tour stage but the now Las Vegas-based Irishman wants to stake his claim to become a member of Henrik Stenson’s 2023 European Ryder Cup side.

Power has been considering DP World Tour membership on the back of breaking through to capture last July’s maiden PGA Tour triumph in Kentucky.

Full DP World Tour membership involves contesting only four ‘regular season’ events away from the four majors and the current two WGC events, but as an ‘affiliate’ that proviso will not count for him until the start of the 2023 DP World Tour season.

Power’s paid a £2,000 DP World Tour joining fee and needs to be inside the top-115 on the Race to Dubai money-list at the end of the DP World Tour Championship to earn full 2023 Tour membership, and thus begin qualifying for a maiden Ryder Cup cap.

Power’s already confirmed he intends contesting the back-to-back Horizon Irish Open and Genesis Scottish Open in July but once 2023 arrives and the 2023 Ryder Cup selection process is in full swing, he should find no trouble fitting in four ‘regular’ events

“I joined the DP World Tour this week,” he confirmed ahead of his opening round match against South Korean Sungjae Im on the host Austin Country Club course.

“I just thought with the Match Play this week, the PGA Championship, the Irish Open, and the Scottish Open all looking good, that it’s a good idea, especially with the Ryder Cup in mind.

“I don’t have to play much this year because I will have affiliate DP World Tour membership, and if it all goes well, the requirement of events is increased for next year. I believe next year I have to play four events outside of the WGCs and the Majors but even if I still play four events I am still covered.

“I’m excited to try to earn my way into possible full DP World Tour membership, and play well when I get the opportunity.”

Power did not mention the Masters but sitting presently 48th in the World Rankings indicates he may only need to earn a point from his three-opening round-robin matches in Austin to be assured of staying inside the top-50.

That would then leave next week’s Valero Texas Open as the final week to secure his maiden Masters invitation.