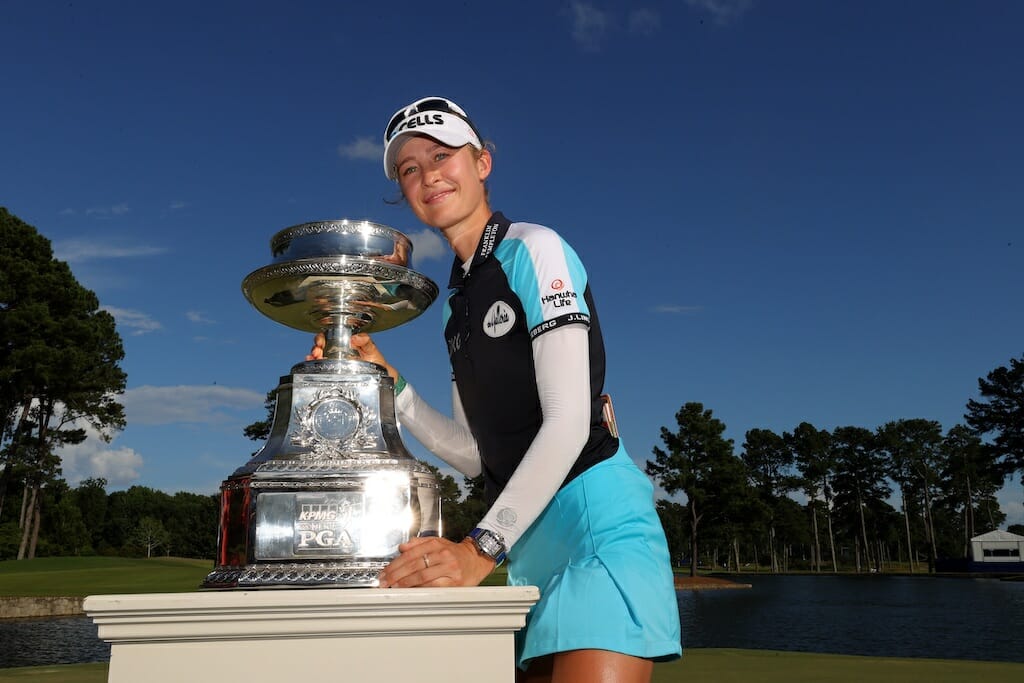 World number 2 Nelly Korda has revealed that she is recovering from a blood clot in her arm in a worrying discovery a couple of weeks out from the first Major of the year at the Chevron Championship.

Korda released a statement for fans on her social media saying she hoped to return to golf “soon” having been treated in hospital before returning to rehab the injury back home.

“On Friday I was in Ponte Vedra Beach, FL, for a photoshoot and a commercial appearance. After a typical morning workout, my arm started to feel like it was swelling,” Korda wrote.

“At the advice of my doctor, I went to the Emergency Room as a precaution. I was diagnosed with a blood clot. I am currently at home getting treatment to eliminate further risks. I will communicate my status as and when there is more information.

“In the meantime, I want to thank everyone for their support and ask for privacy for all our family during this time. I hope to be back soon!”

The 23-year old will hope her recovery is swift as she looks to take aim at the Chevron Championship which starts on March 31st. Korda has been a model of consistency, recording top-20 finishes in her last 12 LPGA starts but will need to be at 100% to compete with world number one Jin Young Ko who looks to have raised the bar even further in the women’s game.

Ko re-entered the winner’s enclosure with victory at the HSBC Women’s World Championship in Singapore and has now won 6 times in her last 11 starts, setting a relentless standard atop the women’s golf charts.