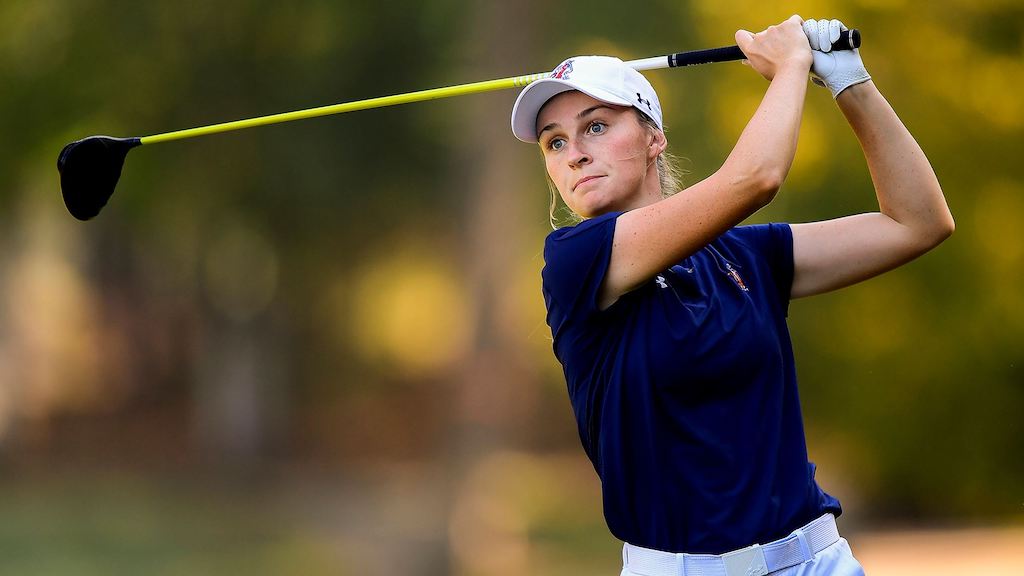 Auburn senior Julie McCarthy looked backed to her brilliant best on Sunday, firing six birdies in a three-under par round of 68 to open her account at the Northrop Grumman Regional Challenge.

The Forrest Little star burst out of the blocks with a hat-trick of birdies on Sunday and sits in a tie for second at minus-three after the opening round at Palos Verdes Golf Club.

The 68 matches McCarthy’s low round of the season (to par) from the opening round of the Moon Golf Invitational. McCarthy, who is playing as an individual for Auburn this week, trails Wake Forest’s Rachel Kuehn by a single stroke.

McCarthy’s teammate Elm Park’s Anna Foster carded three birdies but also three bogeys and a double on the way to a two-over 73 that’s good enough for a share of 25th after day one.

Foster is one clear of Wake Forest’s Lauren Walsh who notched two birdies but also dropped five shots on the way to a three-over par start.