Was McIlroy’s Bay Hill “crazy golf” assessment a fair one? 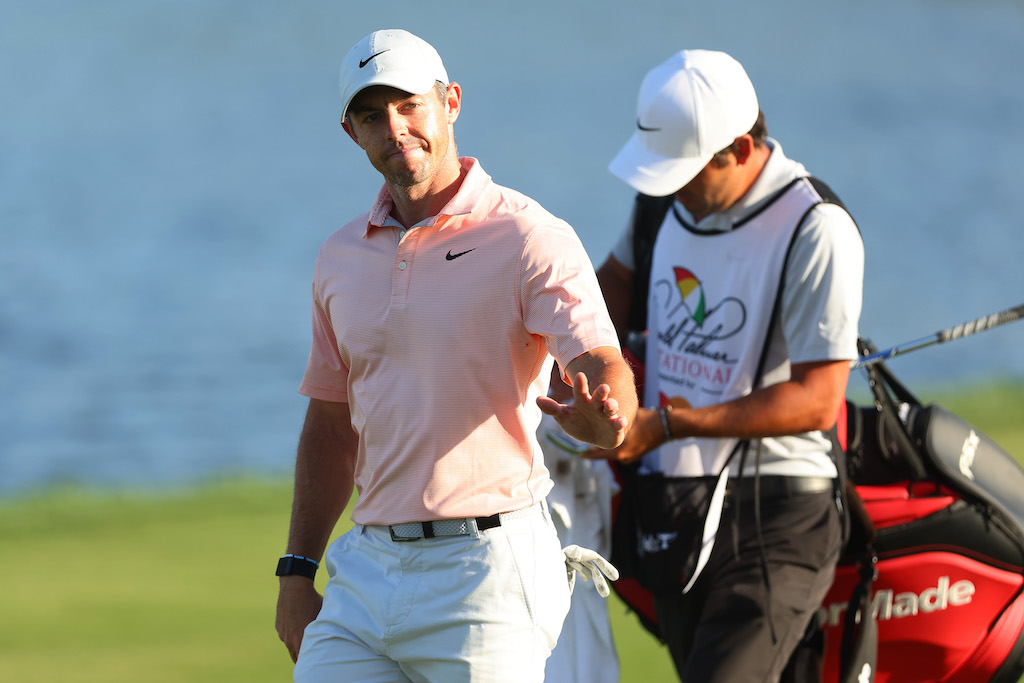 Say what you want about Rory McIlroy, and most people do, but he’s nothing short of honest. McIlroy has always been an interviewer’s dream, engaging in conversation. Considerate, but also willing to speak off the cuff where few else dare.

Yes, it’s led to troublesome headlines in the past. From Trump-gate to calling the Ryder Cup an exhibition match, his unwillingness to adapt his game for one week a year at The Open to his own struggles with national identity. But you have to remember. Rory is still only 32.

From teenager to young adult, to husband and dad, McIlroy has grown up in the spotlight. For over a decade, he’s matured before our eyes with a microphone in his face, and although he might’ve flip-flopped more often than a pair of Havaianas at times, who among us didn’t change as people from 22 to 32? It just so happens all of our misjudgements aren’t on display for the world to see, and the world can be unforgiving…

I was in a taxi in Dublin last year and let slip I was a golf writer.

“That McIlroy’s an awful bollocks,” the taxi driver perked up. “Nobody likes him. Ya know that, don’t ya?”

I told the guy that he seems to split opinion on the island alright, but mostly because as a 23-year old, he told a journalist that he’s always felt more British than Irish. Growing up under the British school system in Northern Ireland, spending sterling, surrounded by red post boxes and phone boxes and British flags, I considered McIlroy’s position an entirely fair one.

“Not here,” the guy interrupted. “On the tour. Nobody likes him on the tour!”

And there I was thinking I was the man in the know. I should’ve been paying this lad for inside info, never mind the fare.

Sadly, I’ve come to realise that no matter what Rory does, be it stand up against the Saudis, or save the Irish Open, he’ll always be damned in some quarters in Ireland, and so it was no surprise to see his latest interview, this time a post-round venting session after a brutal Bay Hill assessment, drawing the ire of many on Sunday.

To summarise, McIlroy felt Arnie’s place had been turned into a crazy golf course that punished both good shots and bad. After opening with a 65, McIlroy signed for a pair of 76s over the weekend and to his credit, answered questions post-round where others would’ve sulked their way home without comment:

“I feel punch drunk, to be honest. The weekend, it’s like crazy golf. You just don’t get rewarded for good shots. Like I’m venting here and I’m frustrated and whatever,” McIlroy raged.

Now don’t get me wrong, there’s nothing the golf world likes more – and I’m no different – than watching a pampered pro tossing his toys out of the pram, or in Matt Jones’ case, chucking his putter into the water, but just because McIlroy felt hard done by, snapping a wedge as he wallowed, it doesn’t mean his point wasn’t valid.

Speaking on the No Laying Up podcast, popular PGA Tour player Harry Higgs could empathise with Rory’s frustrations, outlining why he bypassed Arnie’s place this year and never intends to return:

“I don’t know when they started this thing, usually Friday afternoon or Saturday, but everything is just dead. So ‘good luck guys. Have fun!’ Yeah, it’s obviously a test of your skills, but more importantly, it’s a test of your ability not to just lose your shit.

“I saw the clip of Matt Jones throwing his putter in the water and I was like, ‘yeah Matt. I feel you man’. I bet everybody wanted to do the same thing. He was just the only one to pull the trigger.”

Like McIlroy, Ian Poulter enjoyed a good start at Bay Hill, but the course he played in 68 shots on day one was a different beast over the weekend.

“The greens were an incredibly pure surface that got baked,” Poulter said after going on to shoot 75, 75, 77. “No moisture to hold friction to slow the ball down. They were over the edge.”

On the face of it, Scottie Scheffler’s five-under par winning total may suggest that the course was playable, but too often the best players were made to look silly by over-seeded greens that were allowed to die out. Come Sunday, there was no bail-out area, no grass on the greens, scarcely a landing zone to hit at with any confidence, balls plugging in over-sanded bunkers on the second bounce and just general carnage.

Yes, the course was the same for everybody, but that doesn’t make it fair, and to be honest, it didn’t make it enjoyable. Where’s the fun in watching McIlroy, the only player I saw last week willing to cut the corner on the par-5 sixth and carry the ball 330 over water, rewarded by having to hack out to the fairway after barely finding the rough?

And perhaps more importantly, what’s the long-term incentive for Bay Hill to make their greens unplayable on the weekend? Given the $20million prize on offer for this week’s Players, it would be no surprise to see a few familiar visitors turn their nose up at Bay Hill next year to save themselves a beating in the lead-up to the richest prize in golf – and who could blame them?

That’s not to say McIlroy comes away unscathed by the way, far from it. There were errors in his game over the weekend not of the course’s doing, and it’s alarming to see how quickly his shoulders slump when the going gets tough.

At the same tournament 12 months ago, Rory opened with a 66 and closed with a 76. At the Hero World Challenge, he opened with a 66 only to reverse with a moving day 75. Similarly, he carded a moving day 74 at the PGA Tour’s Tour Championship to fall out of contention, and opened the DP World Tour Championship with a 65 before his challenge faded with a 74 on Sunday in Dubai last November.

So whatever about Bay Hill’s shortcomings, McIlroy is falling short too, and victories at the Wells Fargo and the CJ CUP won’t paper over cracks in his resolve when it comes to dealing with the pressure of contention at bigger tournaments of late. This week’s Players will be telling as to where McIlroy’s game is really at. It’s eight years now since he last won a Major, and as much and all as I hope to come out of this with egg on my face, the evidence suggests he’s not getting any closer to ending that drought.