Walsh can’t wait to test her game at Augusta National 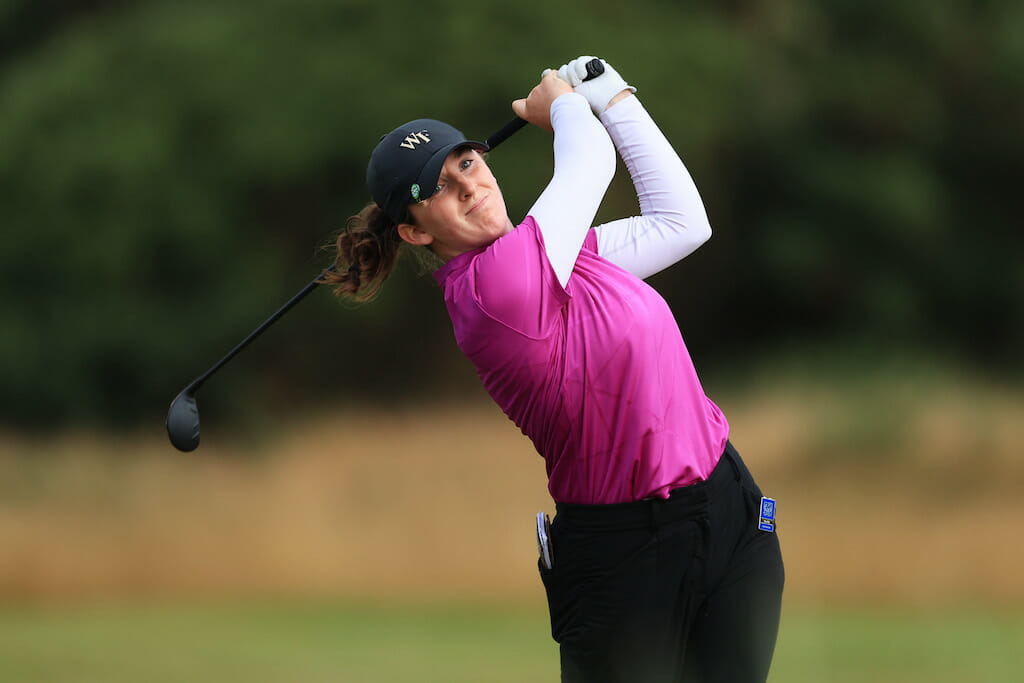 Castlewarden’s Lauren Walsh admits it will be cool to experience a round of golf at Augusta National, but the Wake Forest star is determined to make it two trips down Magnolia Lane and compete in the final day of this year’s Augusta National Women’s Amateur from March 30 to April 2.

Wake Forest star Walsh will follow in the footsteps of Olivia Mehaffey and Julie McCarthy and compete at the event, set to be held the week before the Masters.

First, 36-holes await at Champions Retreat Golf Club and despite the whole field availing of a practice round on the Friday at Augusta, Walsh is hell-bent on making the cut to the top-30 who actually compete on Augusta’s hallowed turf on the final day.

“It’s a cool opportunity to get the chance to play but nothing will be more special than getting the chance to compete around Augusta,” says Walsh.

“The first goal is playing two solid rounds around Champions Retreat and hopefully making the cut to the top-30.”

Walsh earned an invite to the event via her WAGR ranking, and having narrowly missed out last year, the Kildare woman admits the tournament has been on her radar ever since accepting a scholarship to Wake Forest University.

“I’d just committed to Wake, she played here at the time, and it was very motivating. I just missed out last year, I was 42 in the world, and it was definitely a huge goal of mine to build up my ranking and get a spot for this year.”

Like every golfer on the planet, Walsh grew up with the Masters on television each year. In April, however, she will become one of few earning the honour of playing the course in tournament conditions.

“It’s very exciting,” Walsh says. “It’s hard to pick out one hole but the par-3 12th is pretty special – you’ve seen the disasters over the years so I think playing that will be cool.