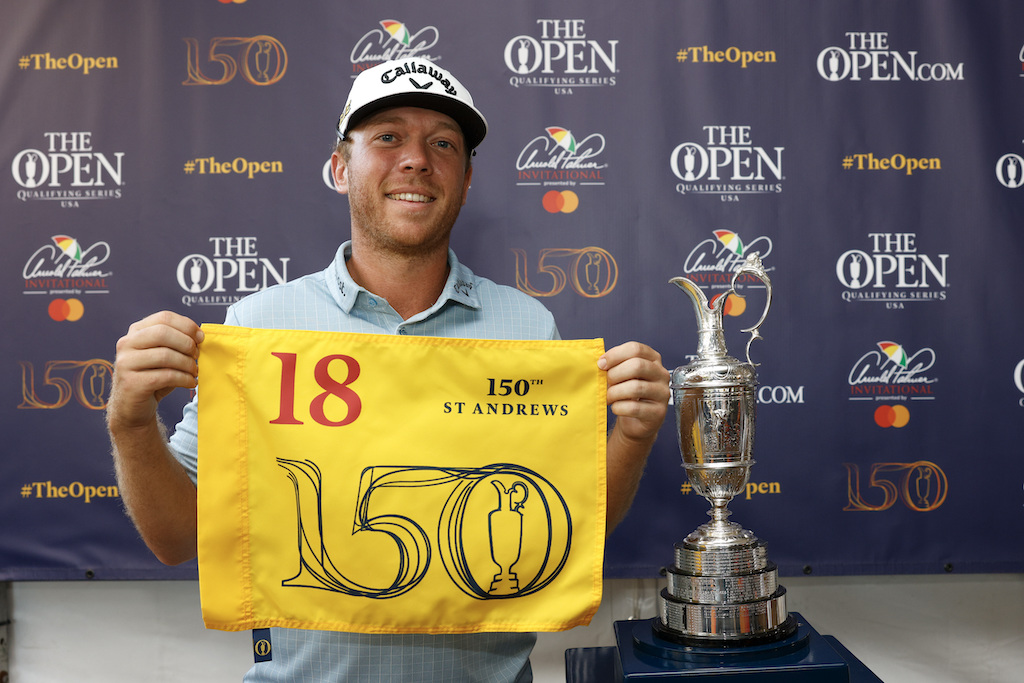 Chris Kirk and Talor Gooch secured their places in The 150th Open at St Andrews after qualifying through the Arnold Palmer Invitational, where a costly finish put paid to Graeme McDowell’s chances.

Following a brilliant birdie at the par-3 14th to get to two-under par for the tournament, the Northern Irishman was well inside the necessary top-10 and on track to book his place in the July 14-17 showpiece at the Home of Golf.

However, having found the greenside bunker in 2 at the par-5 16th, McDowell shanked his third over the green and made double, before a bogey at the last resigned him to a closing 76 for a share of 13th at one-over.

Loved my week at @apinv. Any time you play with @rorymcilroy on Sunday things are okay. My game is trending big time. Can’t wait to get going again. Shout out to my dog Chapi for demolishing the kids souvenir! https://t.co/nEQZIdNowr

With Scottie Scheffler taking top honours at Bay Hill with a five-under-par total of 283, it was then a matter of organising The Open qualifying spots with Scheffler, alongside seven other golfers who finished inside the top-10, including Tyrell Hatton, Viktor Hovland, Billy Horschel, Gary Woodland, Lucas Herbert, Sam Burns and Matt Fitzpatrick already exempt.

Kirk claimed the first available qualifying place after finishing in a tie for fifth place alongside Woodland on a three-under-par total of 285. The 36-year-old played steady golf in difficult conditions to post a level-par 72 in the final round.

The American will make his fourth appearance in The Open and his first at St Andrews. The four-time PGA Tour winner recorded his best result in the Championship at Royal Liverpool in 2014 when he finished tied 19th.

“I remember having a good week in The Open in 2014,” Kirk said. “Every time I have been over there, I just love the style of golf that is required there. I can’t get enough of it. I wish they had more of it over here. We had a little bit with the firmness and everything this week.

“This will be my first Open at St Andrews and I am pumped. I can’t wait. In 2015, I was exempt for The Open there and I hurt my hand. It was devastating for me not to be able to go. It is something I definitively had in my sights this year as a big goal, to try to make it over there. It feels amazing to have the opportunity. I think my wife and I and our three boys will be able to come with me. It will be incredible.”

Gooch also booked his place at St Andrews after finishing in a tie for seventh place with Herbert on a two-under-par total of 286.

The American, who secured his first PGA Tour win last November at the RSM Classic, recovered from a difficult front nine in which he went out in seven-over-par 43 to pick up crucial birdies on the 12th and 14th holes. He will now make his second appearance in The Open after his debut at Royal St George’s last year.

“It was a nice and positive way to finish after a not-so-fun day,” said Gooch. “I mean you grow up watching The Open at St Andrews. You just think of the bridge, you think of everything it means. My first Open was last year at Royal St George’s, so it will be my second appearance and to be at St Andrews is special.

“For whatever reason I just remember Jack Nicklaus the last time he was playing at St Andrews, and he stood on the bridge on the 18th and gave a farewell wave. Obviously, I think of when Tiger Woods won there. The last hole is so iconic – the 18th comes to mind immediately.

“I’m going to play the Scottish Open the week before so that’s my way of getting a little bit of preparation, just kind of getting acclimatised. Fortunately for me I grew up in a windy area so I if it is whipping little bit, I’m comfortable and I enjoy links golf. It just going to be special and I’m excited.”

No golfer was able to claim the third available qualifying place. Keegan Bradley narrowly missed out on securing a place at St Andrews after finishing in a tie for 11th place along with Corey Connors on an even-par total of 288. Connors was already exempt for The Open.

The next event in The Open Qualifying Series is the Mizuno Open which will be played at JFE Setonaikai Golf Club from 26-29 May.