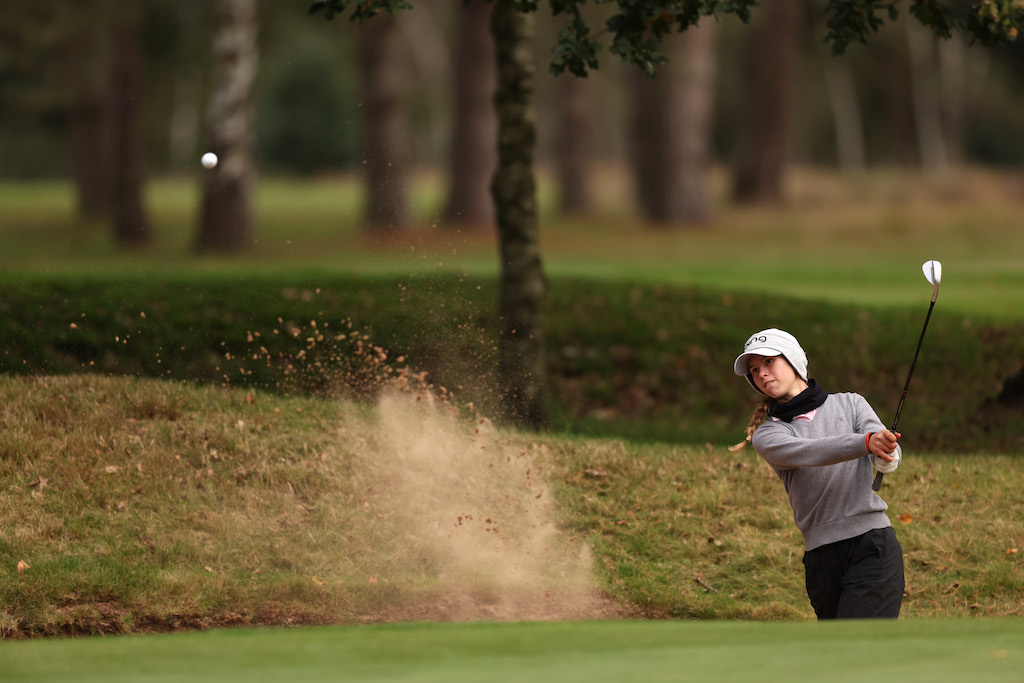 Hugh Foley is the last Irish player standing in the men’s draw while Marina Joyce Moreno carries Irish hopes in the Women’s event as the Spanish Amateur moves into round 2 of the knockout stages on Friday.

Golf Ireland saw seven hopefuls through to the Match Play stage amongst the top-64 qualifiers but only two remain with Royal Dublin’s Foley dispatching German Constantin Mons 2UP in their first round encounter.

Foley faces off against Spain’s Jaime Montojo Fernandez in round two today as he looks to book his place in the last-16 in Jerez.

Not joining him were Alan Fahy who suffered a 2&1 defeat to Callan Barrow, Marc Boucher who lost our by a single hole to Kiet Van Der Wheele, while Liam Nolan (4&3) and Jack McDonnell (5&4) were both soundly beaten.

Joyce Moreno is Ireland’s last player standing in the women’s draw after taking down England’s Patience Rhodes in a close tussle for a 1UP win on 19.

The Spanish-based talent will face off against Dane Mellissa Johansen this morning for a place in the last-16. Sadly, Kirkistown Castle’s Beth Coulter came unstuck on 18 on Thursday against Spain’s Claudia Lara Miravitlles, losing by a hole.