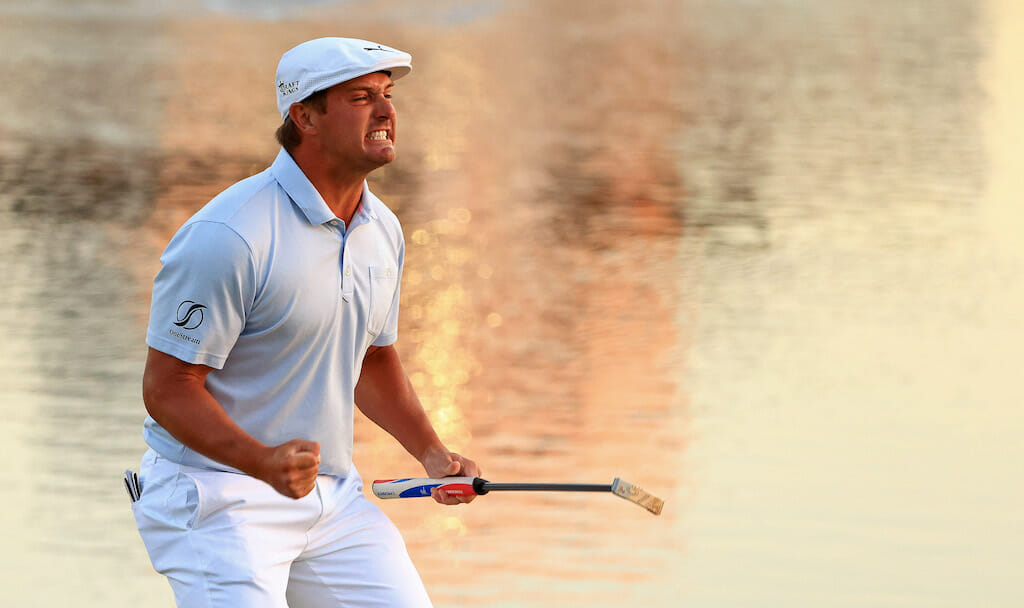 This week’s Arnold Palmer Invitational has been dealt a blow with news that defending Champion Bryson DeChambeau has been forced to withdraw from Bay Hill.

The world number 12 hasn’t played since withdrawing after one round from the Saudi International four weeks ago due to hand and hip trouble.

Love him or loathe him, DeChambeau was the star attraction 12 months ago at Bay Hill; the sight of the big-hitting American taking on the green on the par-5 sixth over water from the tee a standout moment from 2021 that showed the best side of the often polarising DeChambeau.

Many would’ve tuned in this week just to watch DeChambeau attempt to drive the par-5 but there’ll be no such scenes this year at Arnie’s place after Bryson took to social media to confirm his body still wasn’t at 100% to compete.

“I have a lot of work to do to get everything back into order for this week and I just feel like it’s too shorter time for me to get back to 100 per cent and playing at 100 per cent capacity.

“Right now, I’m like 90 per cent. I don’t want to go out there and hurt myself even more, and not be 100 per cent ready for the rest of the season. I don’t want to come back early and then have to take more time off.

“It’s a hard decision I have to make right now, but I’m going to have to unfortunately not play this week.”

In DeChambeau’s absence, the Bay Hill field remains strong with Rory McIlroy, the world number one Jon Rahm and Masters champ Hideki Matsuyama all in action. The event precedes the year’s so-called fifth Major – The Players Championship at TPC Sawgrass with DeChambeau still hopeful of playing next week and belatedly kicking his season into gear.

An update on API. pic.twitter.com/fX0OgY7xF4

“At this point in time, I’ve got to take another week off and I’m going to try and get back and play for The Players,” he said.

“Right now, I just can’t risk going out there and having it re-aggravate. This has been one of the hardest moments of my life. I’m not able to do much, yes although I can hit some golf balls, it’s not comfortable or fully comfortable.

“It’s a bit frustrating but I appreciate your support. I want to get back out there as soon as possible but it’s just not ready yet.”